When a new grandpa moved to Steung Meanchey with his grandchildren, CCF was there to lend a hand. Parenting five children by himself, at the age of 70, this ‘super’ grandpa shares his story In a community filled with grandmas caring for their grandchildren and foster children, Grandpa Soth is a new face and a change to the status quo. At 70 years of age, Grandpa Soth is the sole carer for five of his grandchildren. Until recently, Soth lived alone in a pagoda in Kampong Cham province. His daughter had sadly passed away, and in October last year her husband was involved in fatal accident. Soth’s five grandchildren, left orphaned, then became his responsibility. A responsibility that he has taken on with strength and unwavering love. 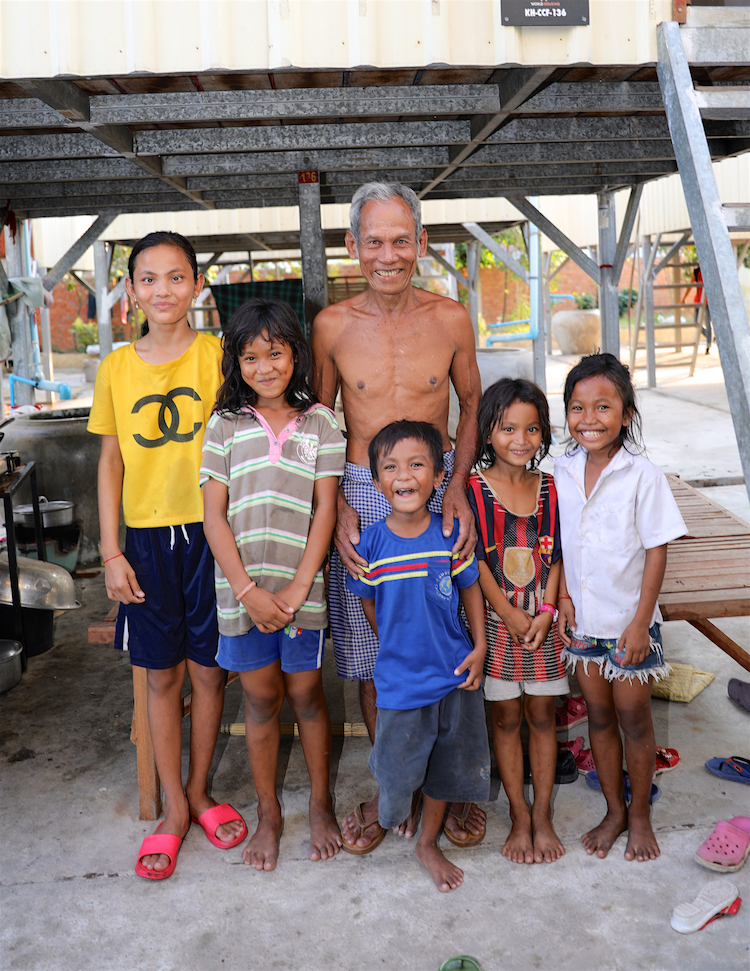 His niece, who lives in Steung Meanchey and works for a waste disposal company, recommended Soth to Cambodian Children’s Fund so that he and his grandchildren could receive assistance. Now, Soth and the children live together in a World Housing community at CCF where they get vital support: a lifeline to Soth whose health problems and old age prevent him from working. “CCF has provided us with school materials for the children, rice and housing,” explained Soth. In addition to education for the children, CCF also holds adult literacy classes for the community. Soth recently graduated from the program and collected his certificate from Her Royal Highness Norodom Arunrasmy. The classes have given him the opportunity to study, a chance he was not fortunate enough to have growing up. “I didn’t get the chance to go to school because I was orphaned as a child,” said Soth. 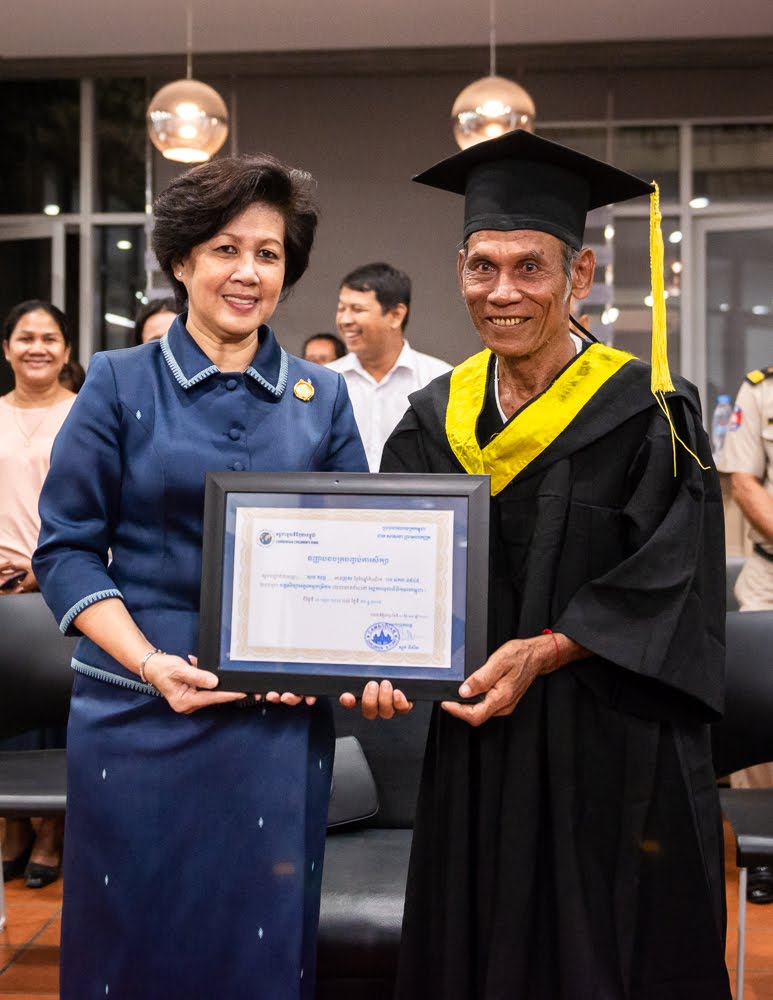 His five grandchildren: Srey Mean,14, Kanha, 11, Sophea, 10, Maly, 8, and 6 year old Rattana have embraced the opportunity to go to school at CCF. For these young children, receiving an education is the first step to breaking a generational cycle of poverty. “I hope that my grandchildren will always be able to go to school and that CCF will help them to learn and to have a bright future,” said Soth. “I feel warm knowing that they can get an education and that they won’t be illiterate like me.” To Soth, caring for his grandchildren is nothing special: he sees it as his duty as a grandpa. But to many looking in on this unique family unit, he is nothing short of remarkable. 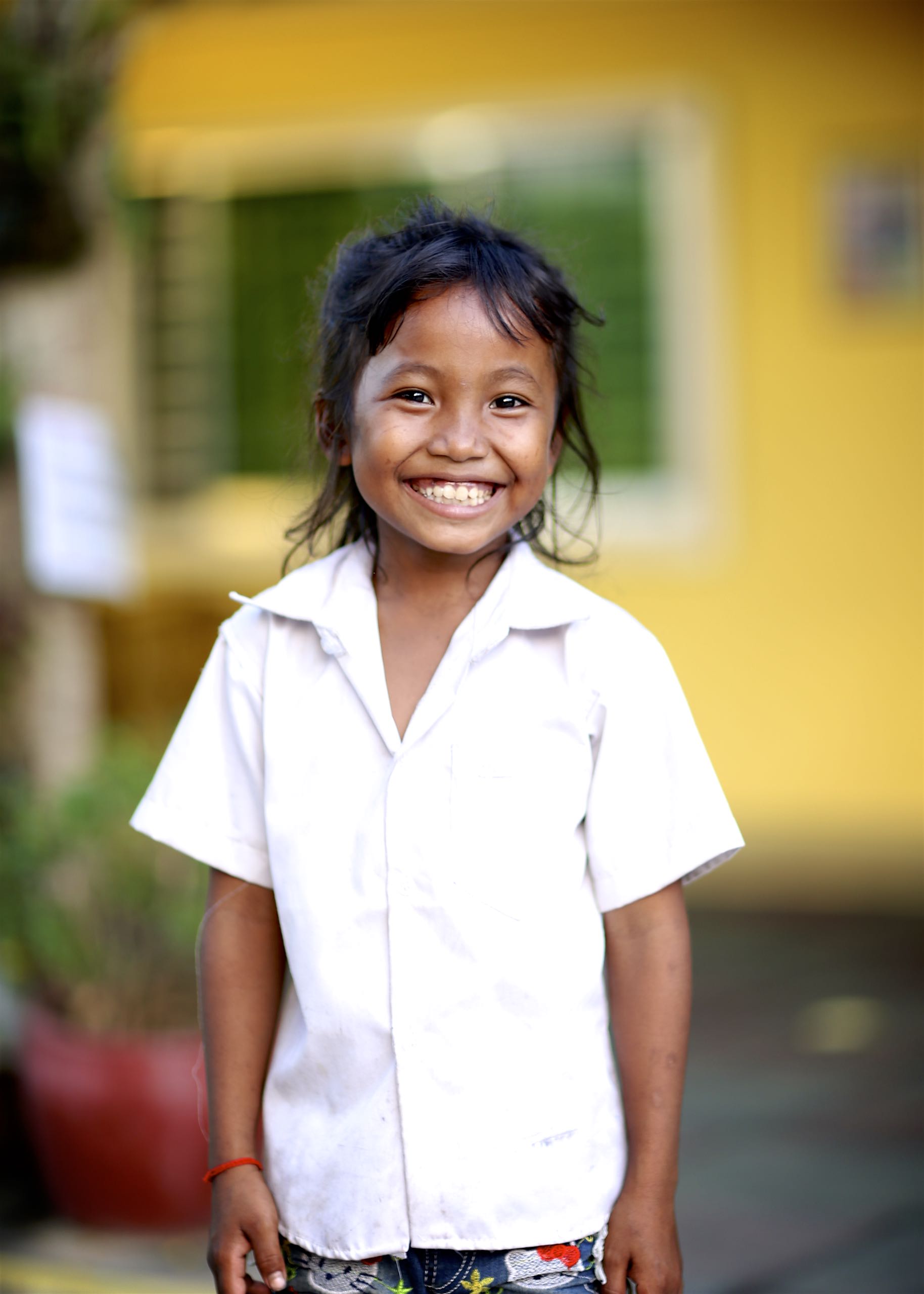 “Looking after my grandchildren is simple to me, I just need to make sure I motivate them to go to school and give them a little bit of money when they ask. It is my obligation to look after my grandchildren. Once they go to school I do the housework and when they get home they help me,” said Soth. Soth’s dedication to his family has not gone unrecognised in the community. “Sometimes the neighbours give us meals because they feel sorry for me. Especially the ladies over there,” he explained, gesturing to the house in front of his. “And they even buy cakes for the children.” 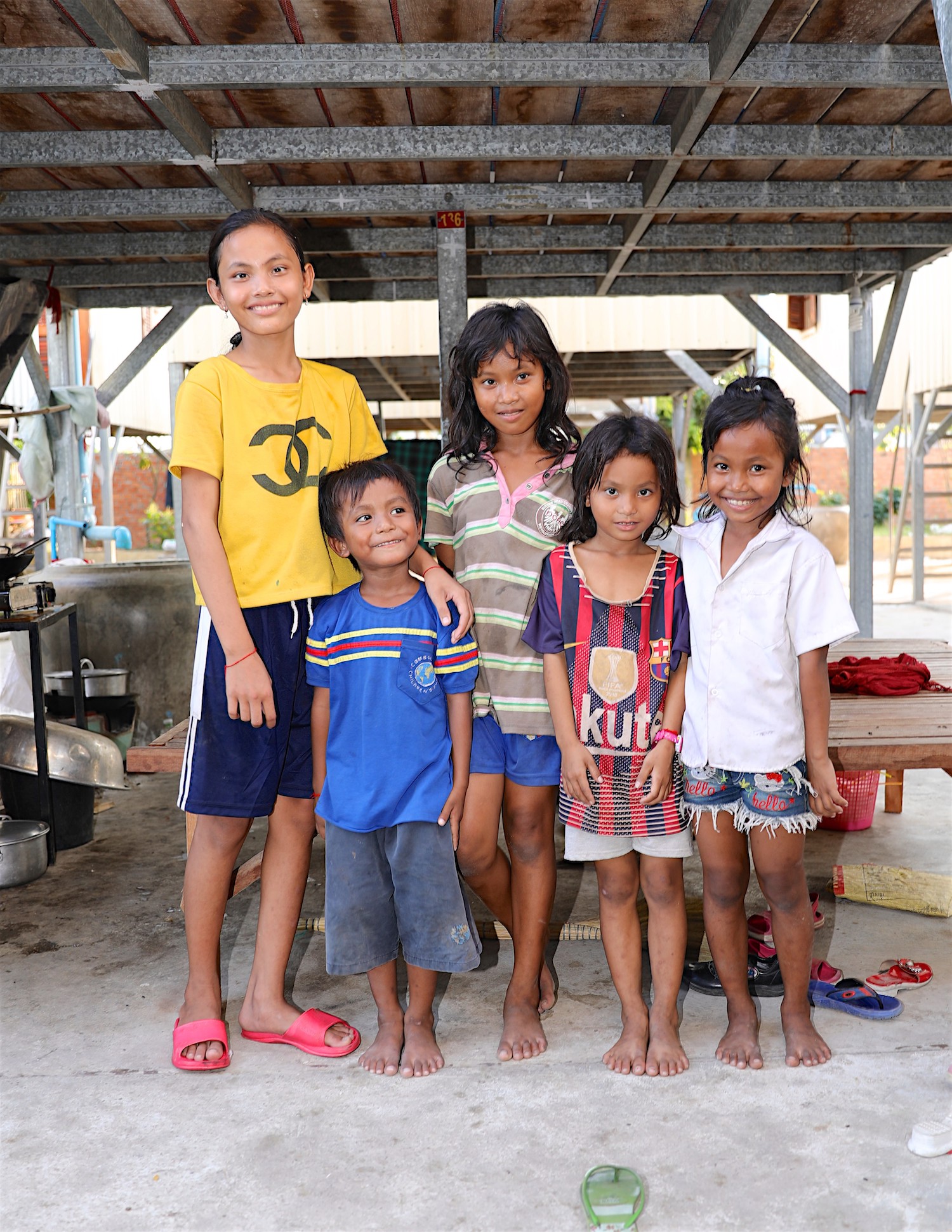 Whilst CCF is there to help Soth’s family, there is a level support that goes beyond providing rice and housing that is equally important, and it is found in the fabric of the community. From the Leadership students who volunteer to teach Soth’s literacy class, to his neighbours who give him a warm meal from their own limited supplies, this is a community of generosity, resilience and above all, compassion. Alice Brown/ CCF