Named by CCF Founder, Scott Neeson, as a hero, 14-year old Chena has had the weight of the world on his shoulders. In need of motivation and support, he received messages from all over the world, which CCF made into a book for him 14-year-old Chena wiped away his tears to reveal a smile as he received a gift from CCF’s Founder Scott Neeson. It wasn’t the latest video game or shoes that prompted this reaction, but a small book of messages encouraging Chena and praising him for his strength. 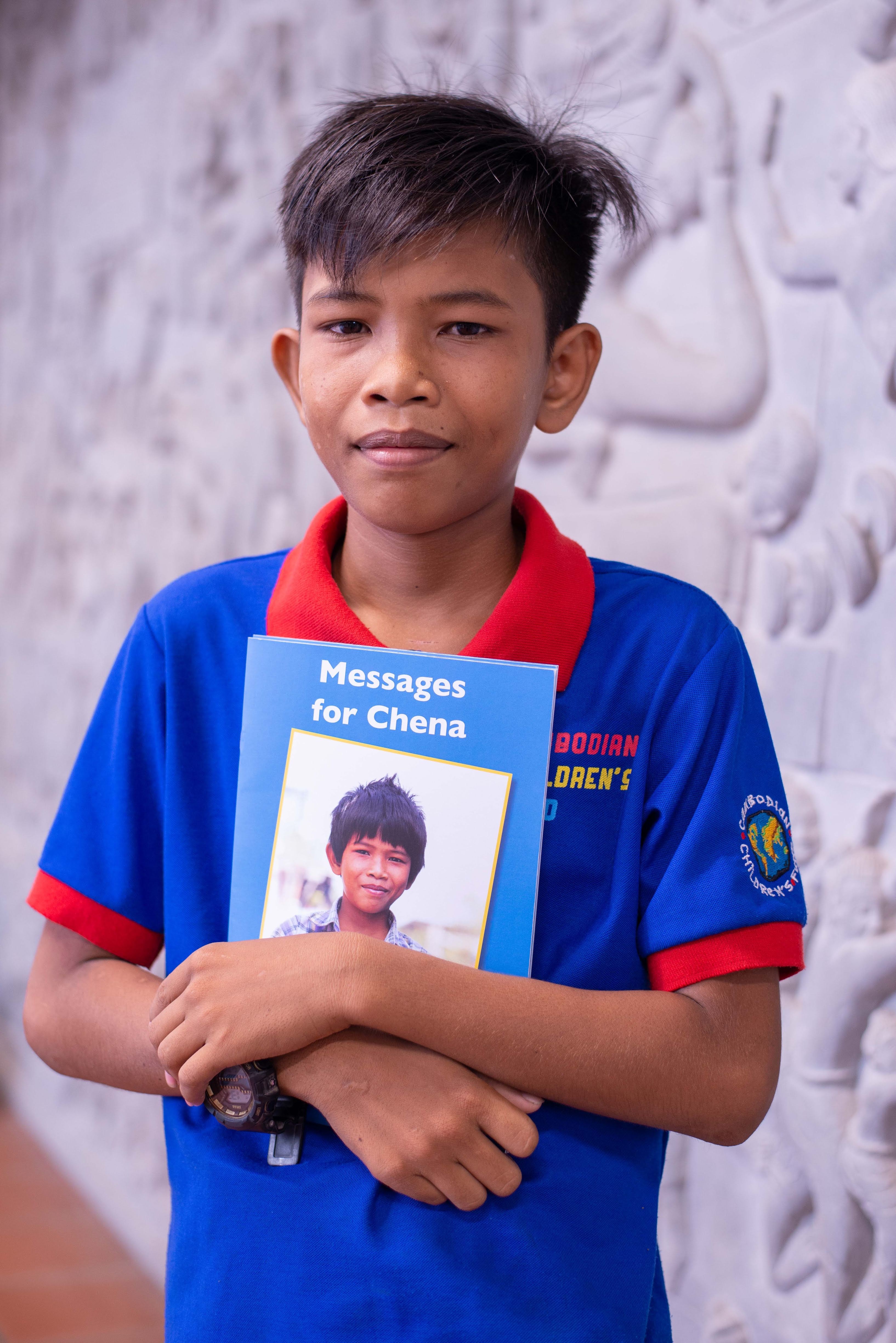 The book is made up of comments from supporters from all over the world who had reacted to a Facebook post made by Scott earlier this year. Chena’s sponsor, alongside complete strangers, were compelled to write to him. Scott identified Chena as a student who needed extra encouragement and support due to his challenging childhood. Compiling the comments made on the Facebook post, CCF put them together in a book that Chena can treasure for a lifetime. Like most students at CCF, Chena has faced difficulty. In his short life, he has carried with him a great deal of responsibility and sadness. When Chena was just 10 years old, he worked tirelessly to care for his family as the man of the house after his father left. If he wasn’t out scavenging for recyclables he was caring for his seven younger siblings. Living with his mum and grandma, the family of 10 struggled to survive. His mum was busy caring for the children, including her sister's children that she had taken in, and grandma helped with scavenging when her health permitted. Providing for his family is a burden that Chena took on with a face of determination when he was just a young boy. 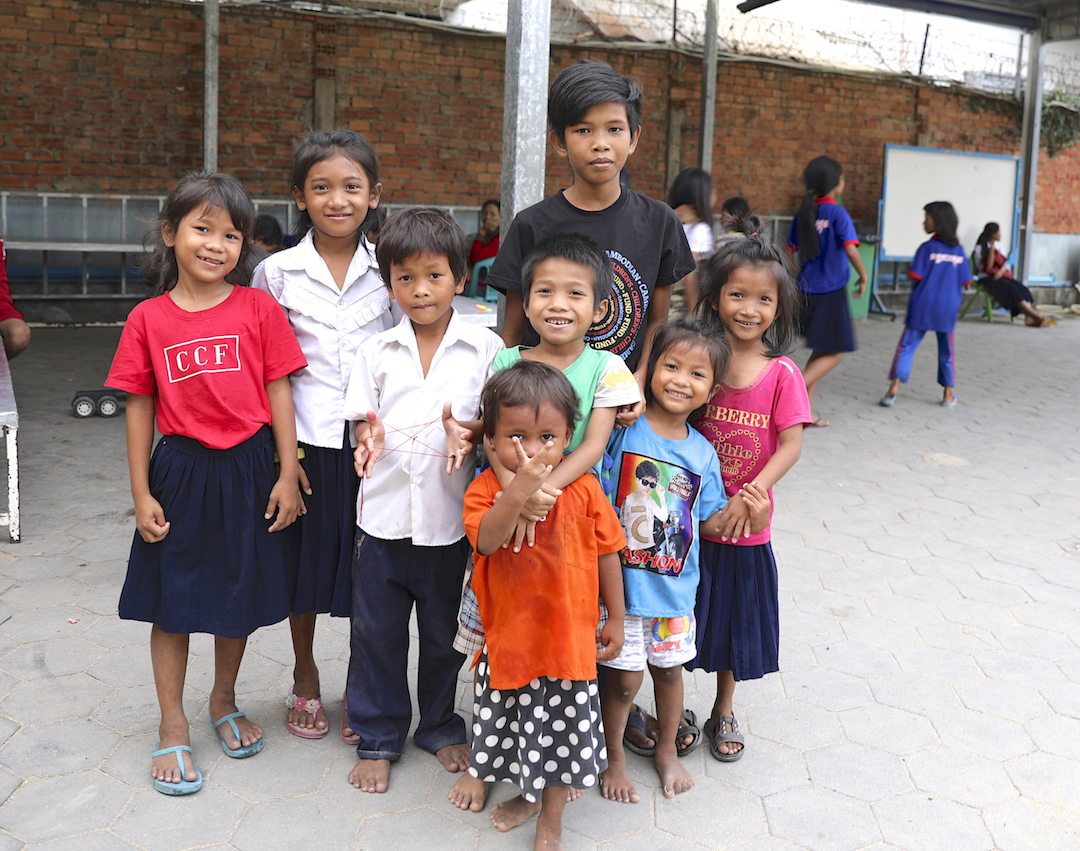 In 2014 Chena and his family were found and accepted into Cambodian Children Fund. CCF’s six programs meant that the family could receive healthcare, nutritious meals, education and support - relieving young Chena of the commitments he carried. Chena and his family were moved into the safety of a World Housing home in one of CCF’s communities and his grandma is now in CCF’s Granny Program, ensuring that she will never have to work again. 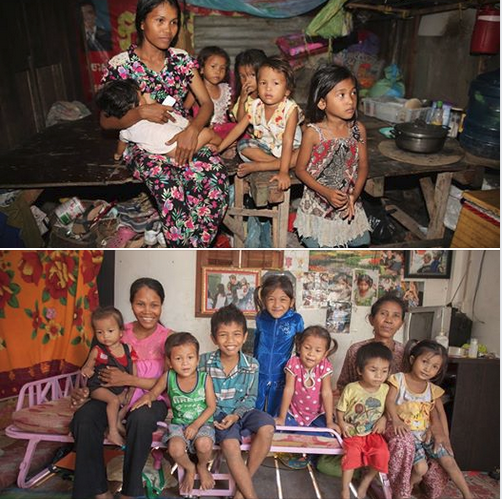 Chena, now 14 years old, studies full time and is an eager member of the science club at CCF’s Neeson Cripps Academy (NCA). He missed out on years of vital schooling, but through CCF’s Education Program he’s catching up. “My only wish now is that Chena could enjoy life more. He seems to still carry the memories of the burden he thought would last forever. He needs encouragement, acknowledgement of his courage and people to motivate him,” explained Scott Neeson in a Facebook post back in January. The book is filled with kind words and motivational messages sent to assure Chena that he is on the right path in life. A shy and humble character, Chena carefully turned the pages of the book reading every message intently. “I would like this book for everyone in my family,” said Chena, whose seven siblings also attend school at CCF. “It makes me feel happy and it will motivate me.” Chena’s eyes scanned over the words on every page, as each comment planted a seed of confidence and self-belief. 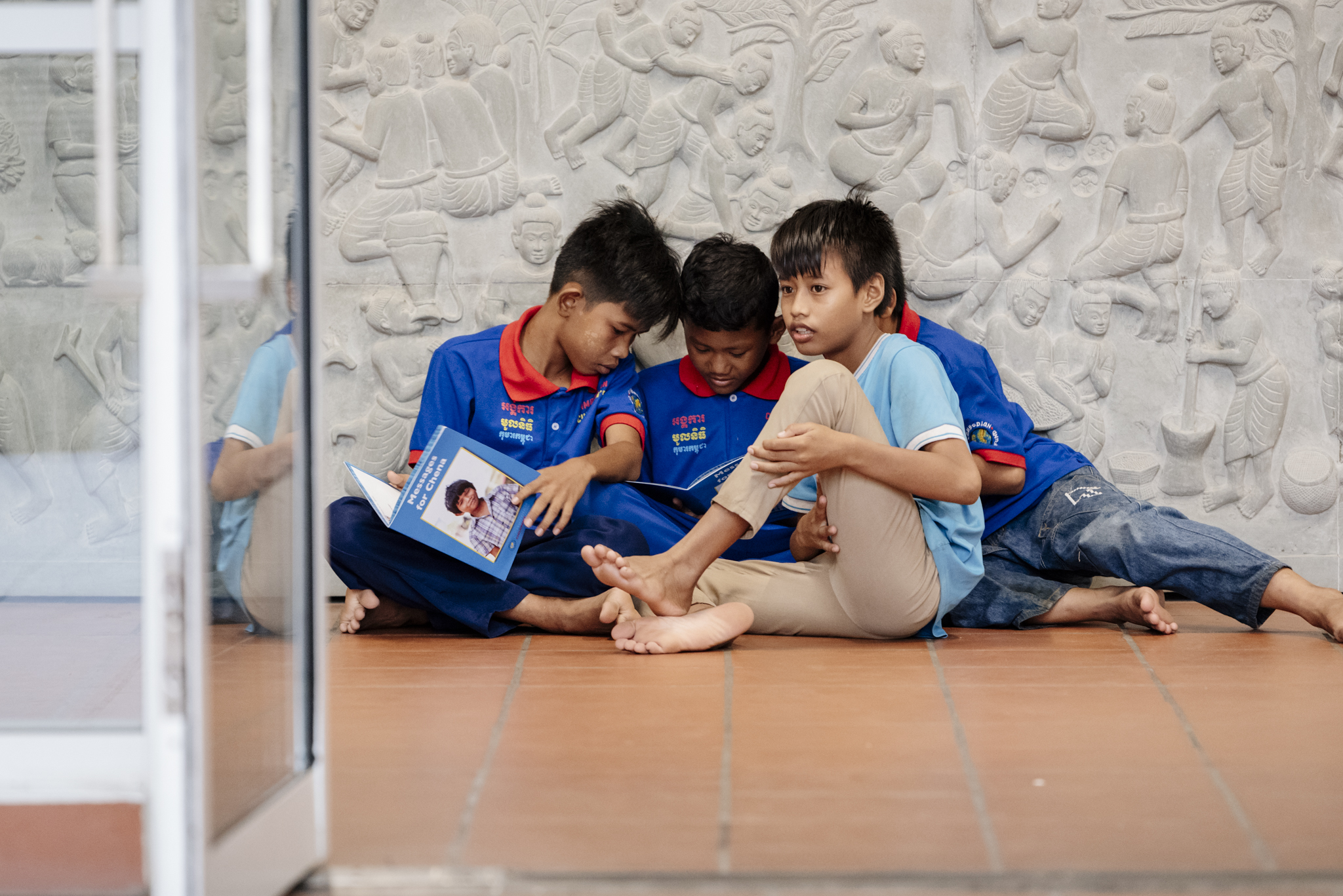 CCF will be there to watch Chena grow and support him through his studies, but knowing that he has dozens of supporters around the world, willing him to be happy, is greater motivation than any material gift. Thank you to everyone who left a message to Chena. Alice Brown/CCF