When Phalla's mother died five years ago, she had to step into her shoes and become ‘mum’ to her five siblings Dashing back home, Phalla starts preparing dinner for her five hungry siblings, the youngest of whom have just finished school and are asking for food. After washing the rice under an outdoor running tap and putting it on to cook, she busies herself tidying up the kitchen area - which is an open space under their little wooden house stilt house - before rounding up the family to eat. Over their shared meal eaten outside, the six chat about their day. 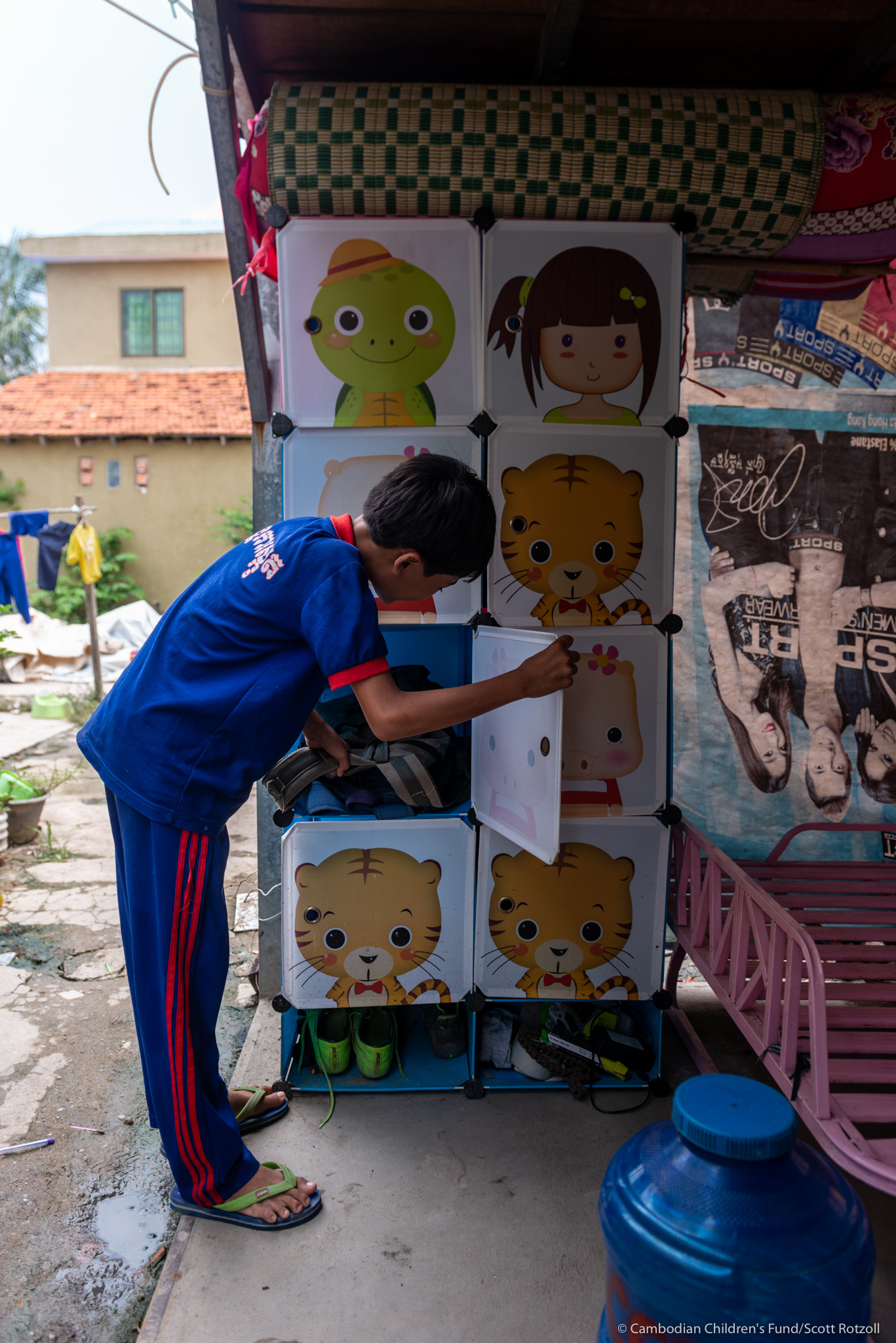 At the age of 27, Phalla is ‘mum’ to her five siblings and the head of the household. She took on the role five years ago when their mother died from liver disease due to drinking and her father, who also had drink problems, remarried and left to start a new life in a nearby province. It was a huge responsibility for Phalla who was herself just getting to grips with adulthood and thinking about her future. Suddenly becoming solely responsible for her brothers and sisters - the youngest only seven then - at 22 years old was a daunting task. 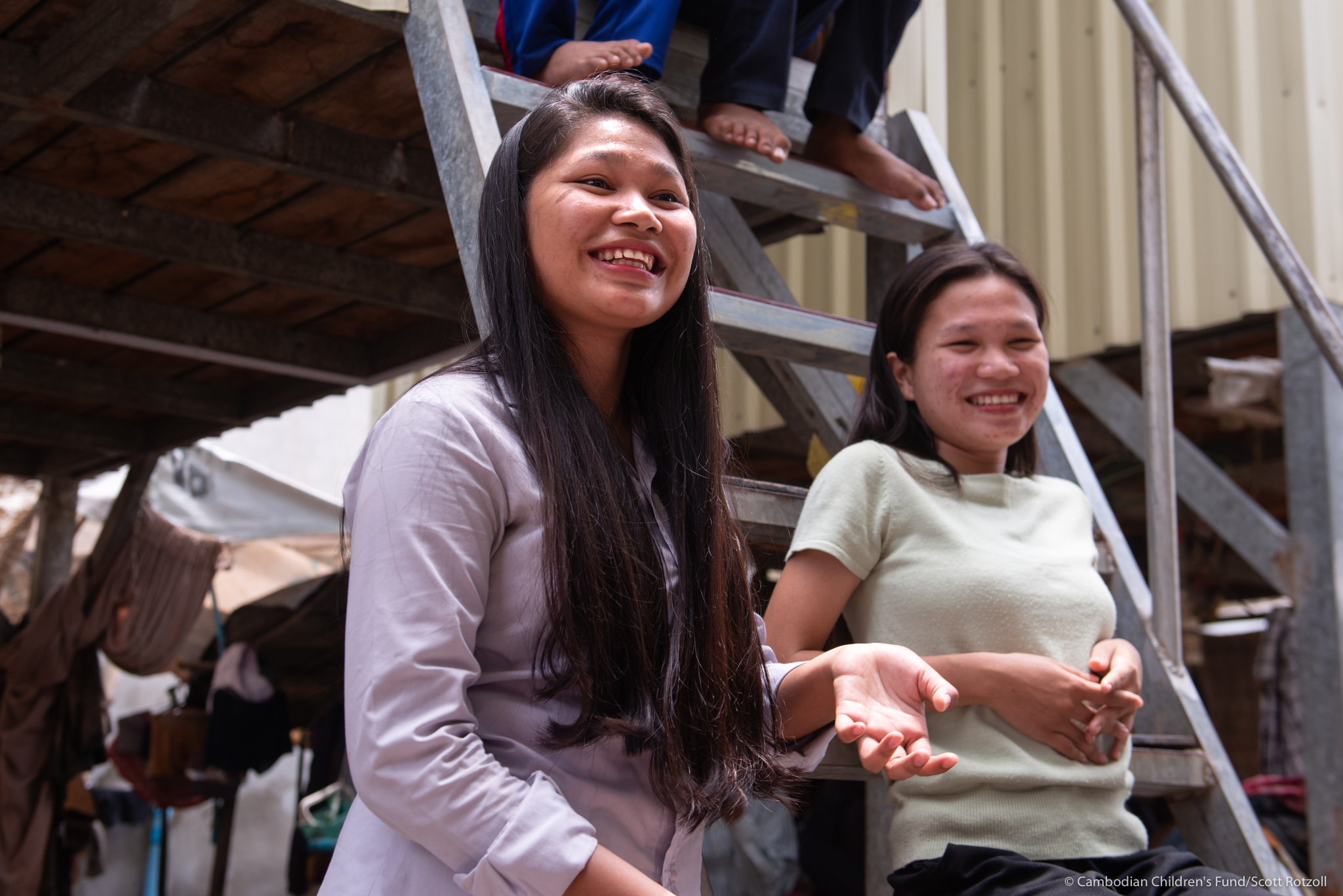 “There was no choice. We would have had to split up but I wanted to keep all of us together and take care of them,” says Phalla. Not only did she have to take on the parental role but also had to help her brothers and sisters come to terms with the loss of their mum. “I like to bring happiness to the family,” says Phalla. “We lost our mother but I can help to make them feel good.” At first, the family lived in CCF’s residential care but later asked to be allowed to live together. Today, the family is still together and has a home in one of CCF’s World Housing communities in Steung Meanchey and, with our continuing support, they all have opportunities and promising prospects. The siblings are clearly very close and work together as a unit, each contributing their own bit to help the family. Despite the challenges they’ve faced, they’re overcome hardship to create a new life for each other, working hard as a team to make it happen. There’s a schedule for the chores to make sure everyone does their bit. Phalla’s younger sisters, Mara and Amra, aged 23 and 21, do the cooking at weekends; both attend university evening classes and work during the day to bring in money for the house (Mara is an English teacher and her sister is a teaching assistant). Their eldest brother, Mony, is training to be a chef, while the two youngest boys, Narith, 14, and Rithy, 12, attend CCF schools. The older ones help them out with schoolwork and homework tasks. Phalla is about to start working with CCF’s Community Outreach team. “Everyone helps out, we help each other,” says Mony. His sister Mara adds: “It’s ok, because CCF support us.” It’s obvious that Phalla is the sun around which they all orbit. She holds the family together, like a strong adhesive. “When we have problems, she solves it,” says Amra simply. They are all very house proud of their home. Inside, it is clean and tidy with photographs including one of their mum. They all sleep on the floor in the one room on mattresses except the eldest brother, Mony, who prefers to be outside under the house on a metal bed. At night, they like to watch television, hang out together or simply chat with neighbours in the close-knit community. They still have contact with their father and see him on occasion. They also talk about their future. The dream, says Phalla, is to save enough money to one day build their own house in their home province, Prey Veng, about 100km from Phnom Penh, in which they can all live together surrounded by greenery and fresh air. “I think we can all stay there until we get married or something,” says Phalla. Losing their mother will always be a part of this family but to the siblings, Phalla is the next best thing. “We don’t have a mother but we have her,” says Amra. “She is like a second mother.” 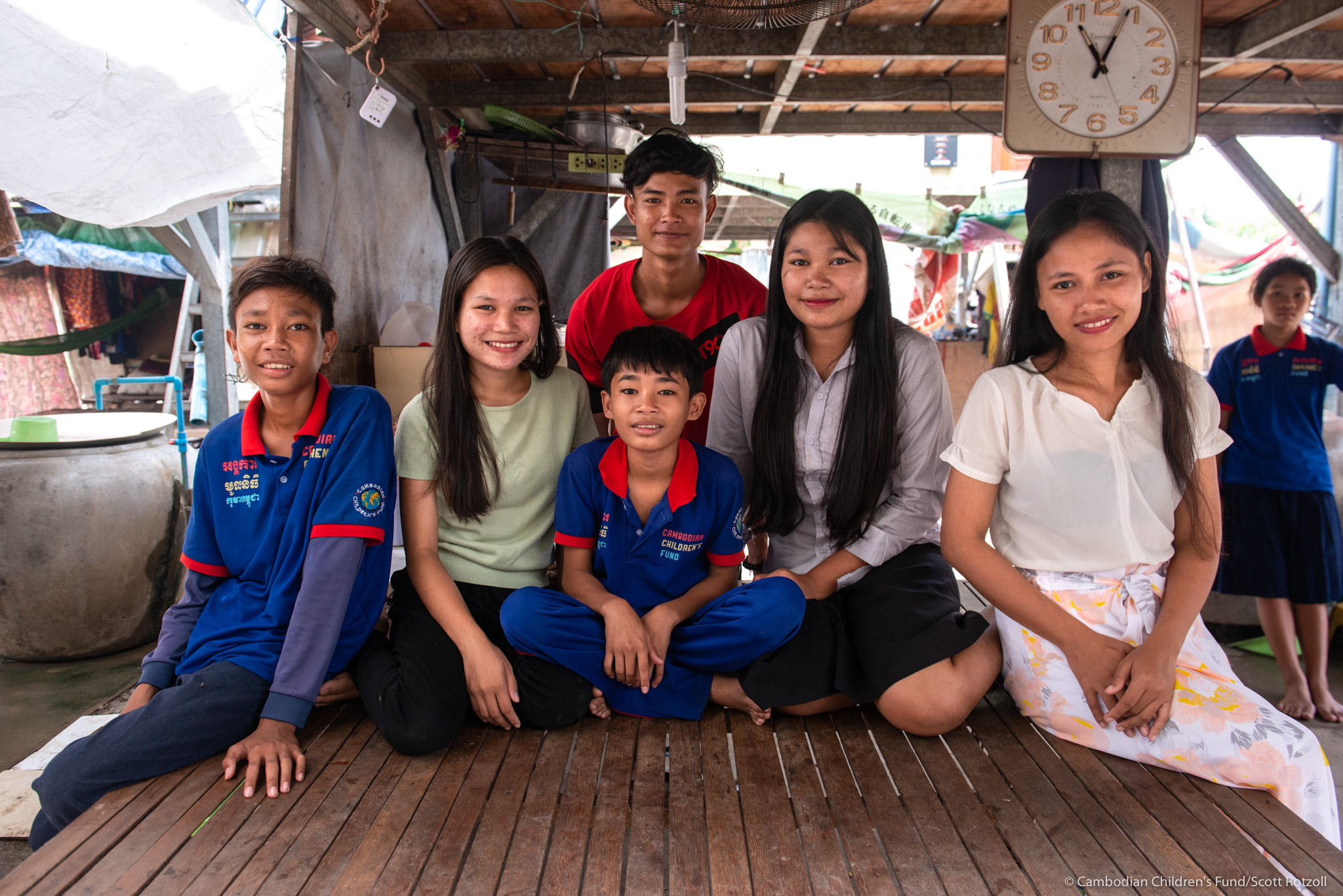