CCF community pledges to tackle rubbish problems as police and environment authority warn of serious health risk Clean up your act or your health will suffer was the message to CCF community members at meeting discussing the increasing problem of burning rubbish polluting the environment in the area. Pollution is harming the environment as well as people’s health, warned experts. Most alarming is the burning of plastic which releases highly toxic cancer-causing chemicals into the atmosphere. 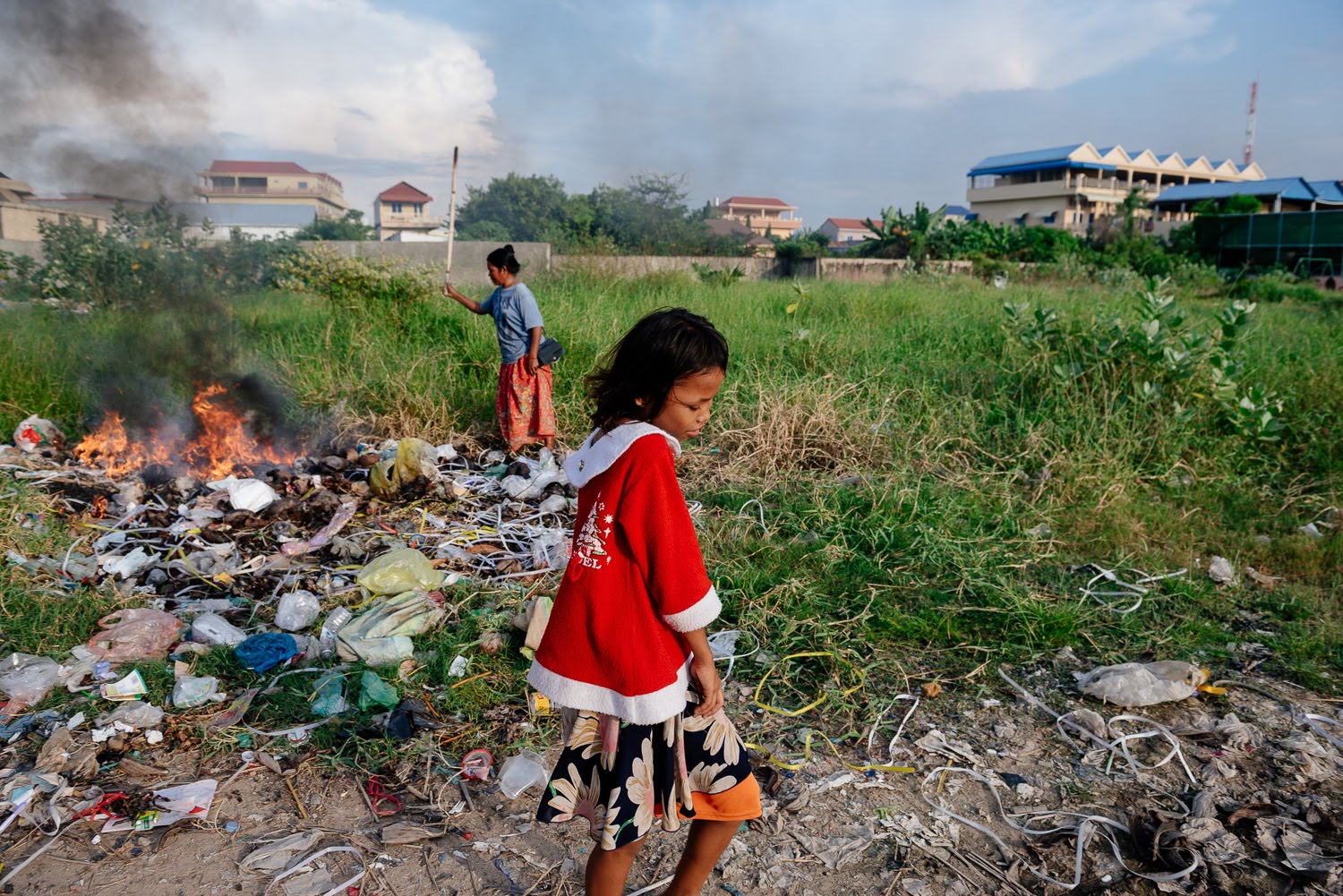 Now CCF wants to tackle the issue head-on in a combined approach with the Ministry of Environment, local officials and police. The aim is to encourage residents to take responsibility for keeping their own neighbourhoods clean. Two public forums were held this week in districts around Steung Meanchey, the part of Phnom Penh where Cambodian Children’s Fund (CCF) works, with hundreds of CCF members and general community attending. Steung Meanchey is centered around the city’s former garbage dump - once the largest and most notorious landfill sites in Southeast Asia - and the neighbourhood is still strewn with tonnes of rubbish. Many in the community still earn their living as scavengers, raking through trash to find anything they can salvage or sell. Burning rubbish, most commonly plastic to strip it from copper wire which can then be sold, is escalating. During the day, smouldering fires are dotted around the area, sending toxic black smoke swirling up into the air. At night, the glow of flames can be seen with silhouettes of figures standing close by. 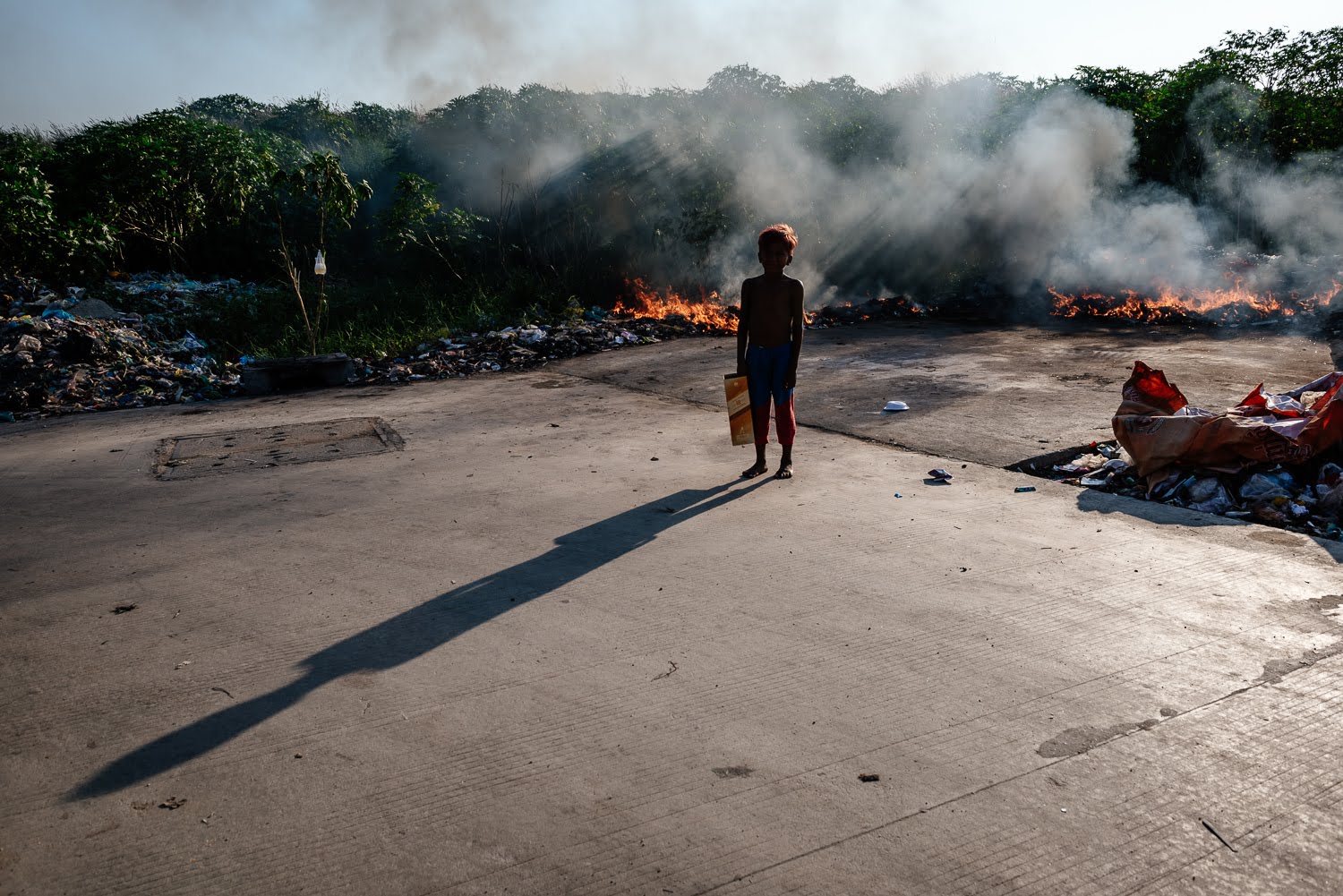 “You live in peace here, a happy life, but you don’t realise the effects on you of burning rubbish,” Neng Samoeurn, Police Chief of Steung Meanchey Commune (SMC) 2, told the assembled crowd. 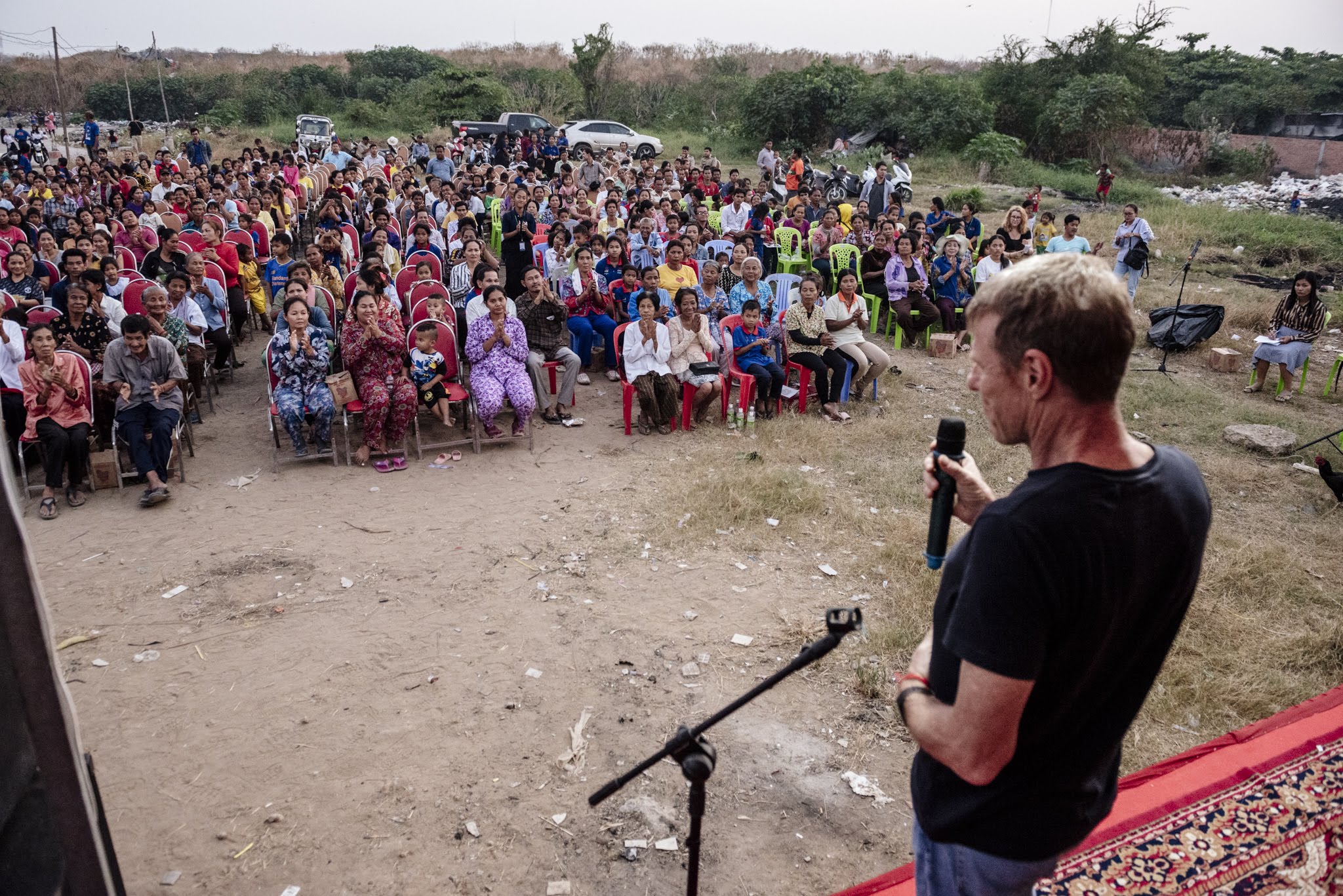 “There is a lot of hectares of rubbish here. It’s like a volcano that can burst up. You need to understand that burning rubbish can affect your health and your children’s health.” Air pollution is a huge concern said Scott Neeson, Founder and Executive Director of CCF. “There is a lot of burning in the area and an increase in people, from grandparents to grandkids, being treated for respiratory problems. Burning plastic produces toxic things that cause cancer, there are consequences to your family,” he said. Those who burn plastics to get wire to sell could pay a high cost for their efforts, warned Touch Sam Ol, Chief of the Commune of SMC 2. “The effects on your health could mean that you pay more on the treatment than you make from selling the wire,” he said. 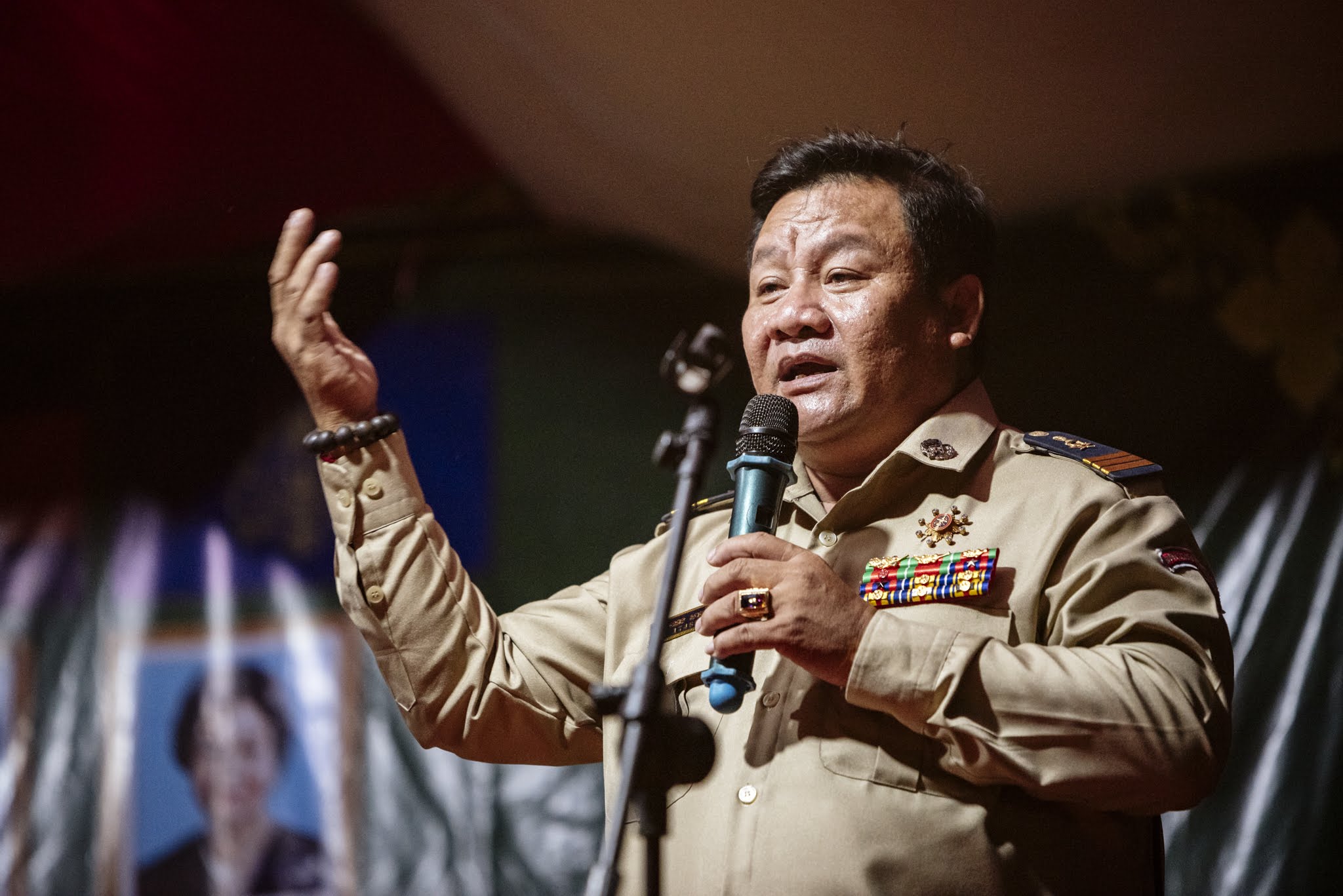 This was backed up by Dr Keo Sopheara, who works at CCF’s Community Medical Centre, who told residents the health problems caused by fumes from burning rubbish include headache, cough, dizziness and eye issues, along with more serious diseases such as lung cancer. “Day-by-day, little-by-little, the health is affected,” he said. 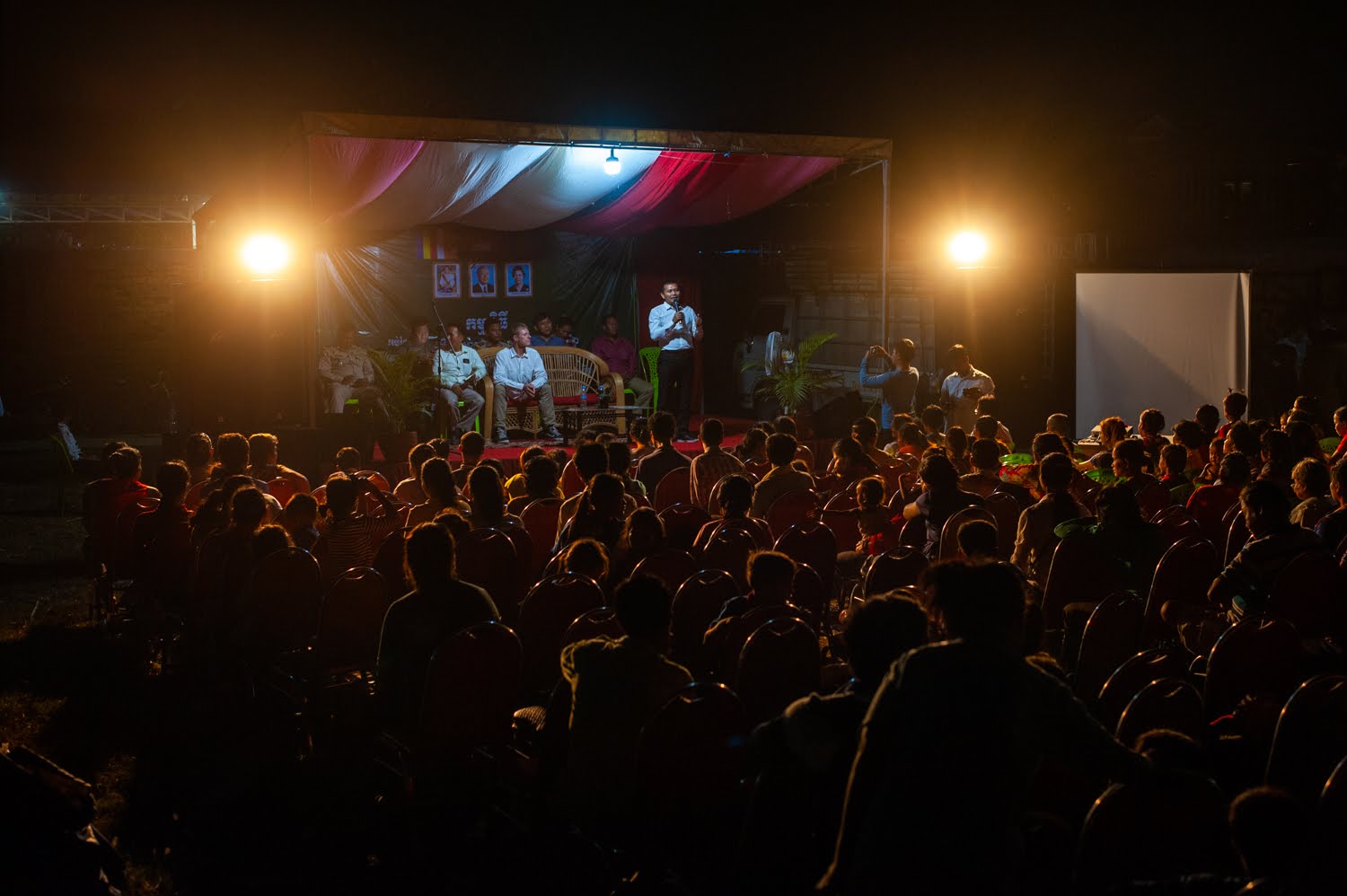 Mr Touch urged people living in the area to take responsibility for cleaning up their own community. “We shouldn’t blame the rubbish but people who throw the rubbish away,” he said. “There is a lot of rubbish in Steung Meanchey and with my officers and support from Scott and CCF, we can clean up the area but only one part at a time. It’s hard to control rubbish. We need more participation from the community. 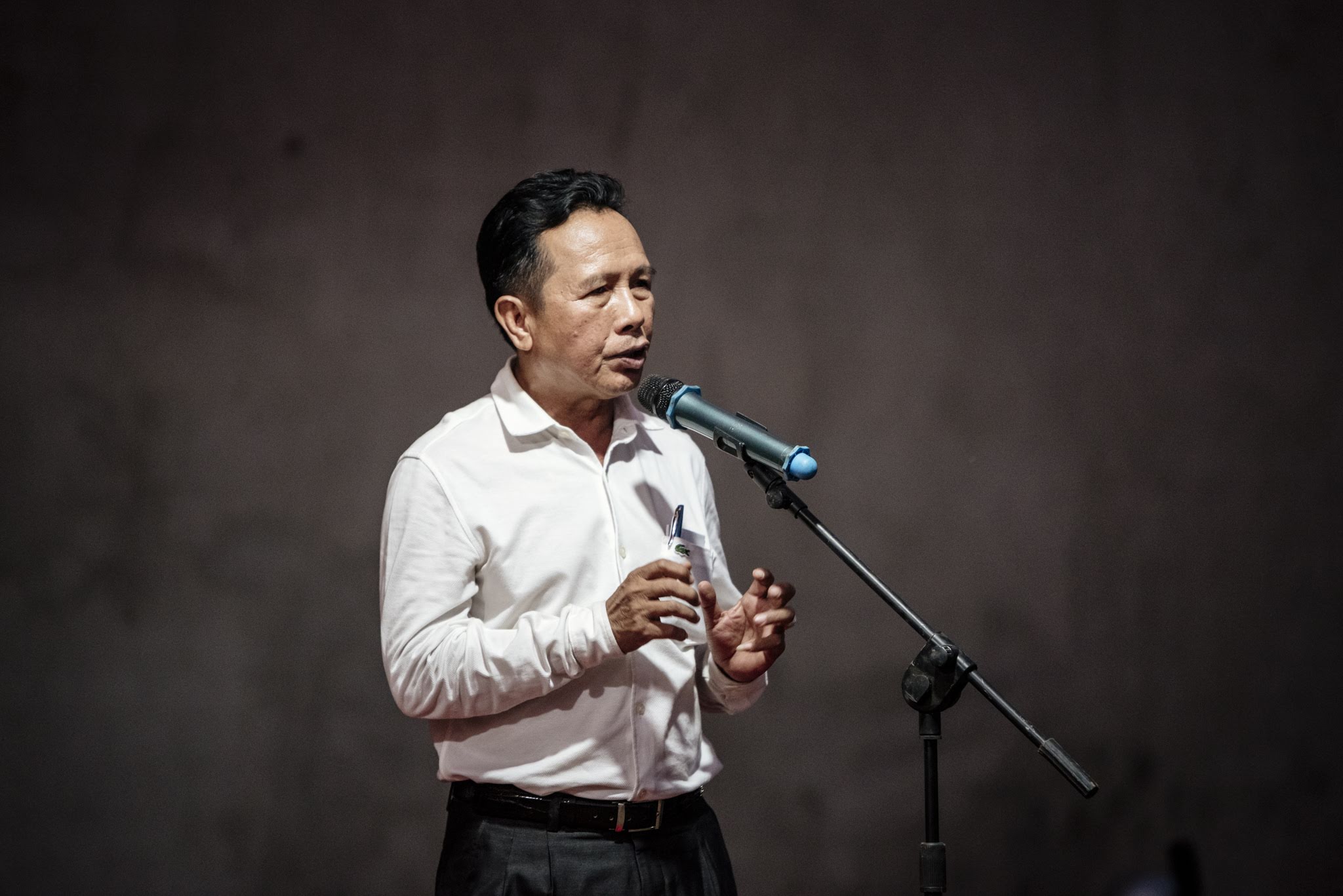 “From today on, cooperate, don’t bring rubbish into the community or throw it away and please don’t burn the rubbish. “You will have a safe, clean community, and good health, to have the energy to go and make money for your family.” At present, the private refuse firm servicing Phnom Penh, Centri, does not have trucks working in CCF communities, meaning that residents would have to bag up and take the rubbish to mains streets. Accessibility - such as potholed roads - has been a problem in the past but a new road into the community should resolve this. 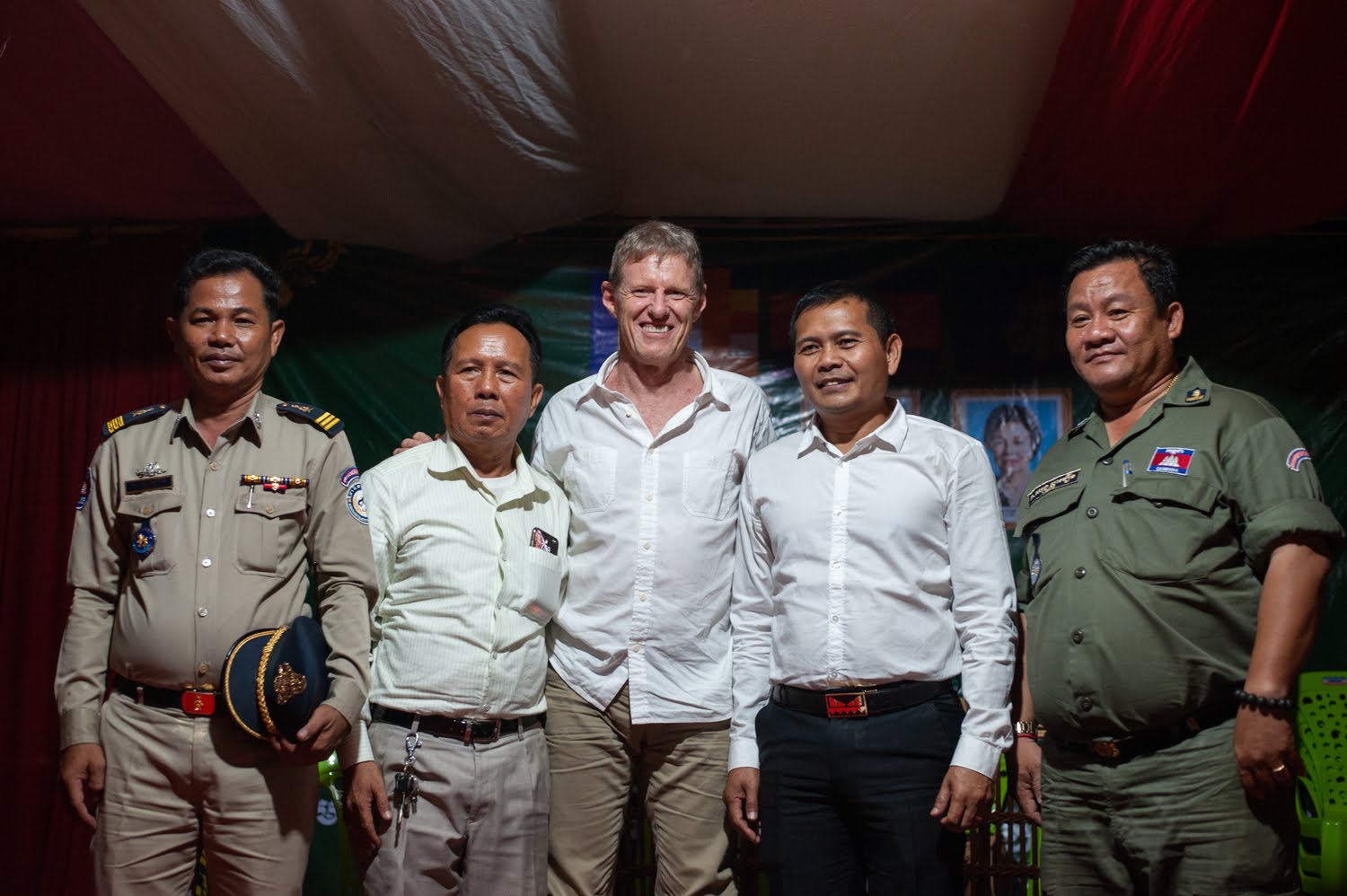 The dumpsite in Steung Meanchey closed in 2009 and a new one serving Phnom Penh opened on the edge of town. According to Tep Sao, Environmental Officer of Steung Meanchey, the landfill site reported that Phnom Penh alone produces 2,200 tonnes of waste a day, which is more than neighbouring Bangkok. “In another year, the dumpsite will be full and we will need to find another dumpsite,” said Mr Tep. Pollution from burning waste had long-reaching effects, he added. “Black smoke from wire stays in the atmosphere and on the first day of the rainy season, it becomes acid rain [rainfall made so acidic by atmospheric pollution that it causes environmental harm],” he warned the community. The messages seemed to hit home. After the meeting, community resident Sophea, who has three kids and said the family all suffer from eye problems due to pollution, said she would start cleaning up her rubbish. Maly, a mother of four, has sinus problems, which she blames on her neighbours burning rubbish. “I will ask my neighbours not to burn rubbish anymore, I am worried about the health of my kids,” she said. 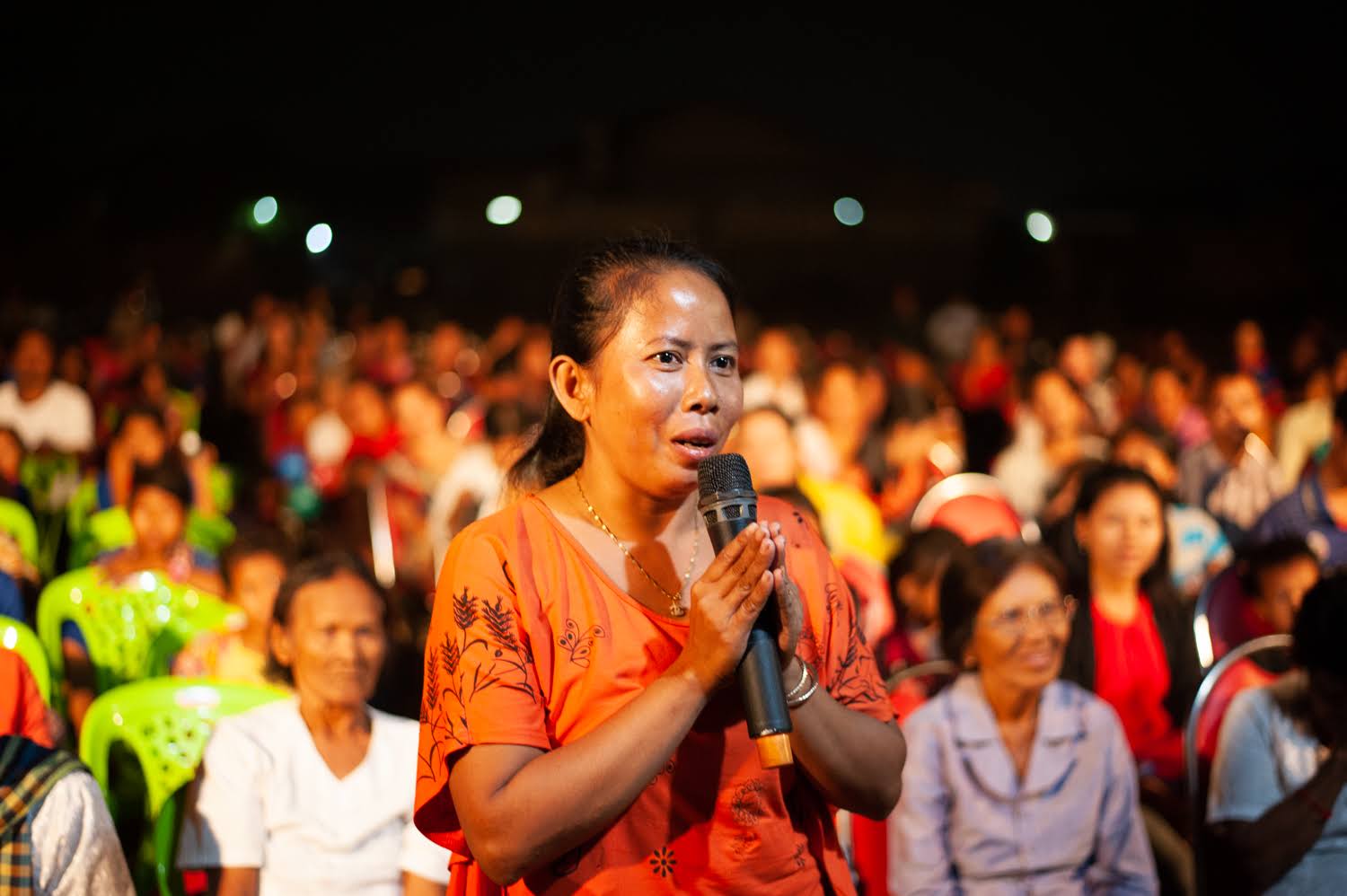 Those who continue to burn waste would be putting themselves, their children and the community at risk, said Police Chief Neng “If you still burn to make the profit, it will hurt your children. It will be a stain on your family and community,” said the chief. “Please take care of your own health. If you don’t care about your health, who else will care? Kate Ginn/CCF