Cambodian Children’s Fund students have used their technical know-how to win places at the International Final of the World Robot Olympiad in Hungary The day started with 26 teams preparing to battle it out for four slots at the final of a global robotics competition. By the end of it all, students from Cambodian Children’s Fund (CCF) had secured two of the places available and the opportunity to represent Cambodia on the world stage in Europe in November. 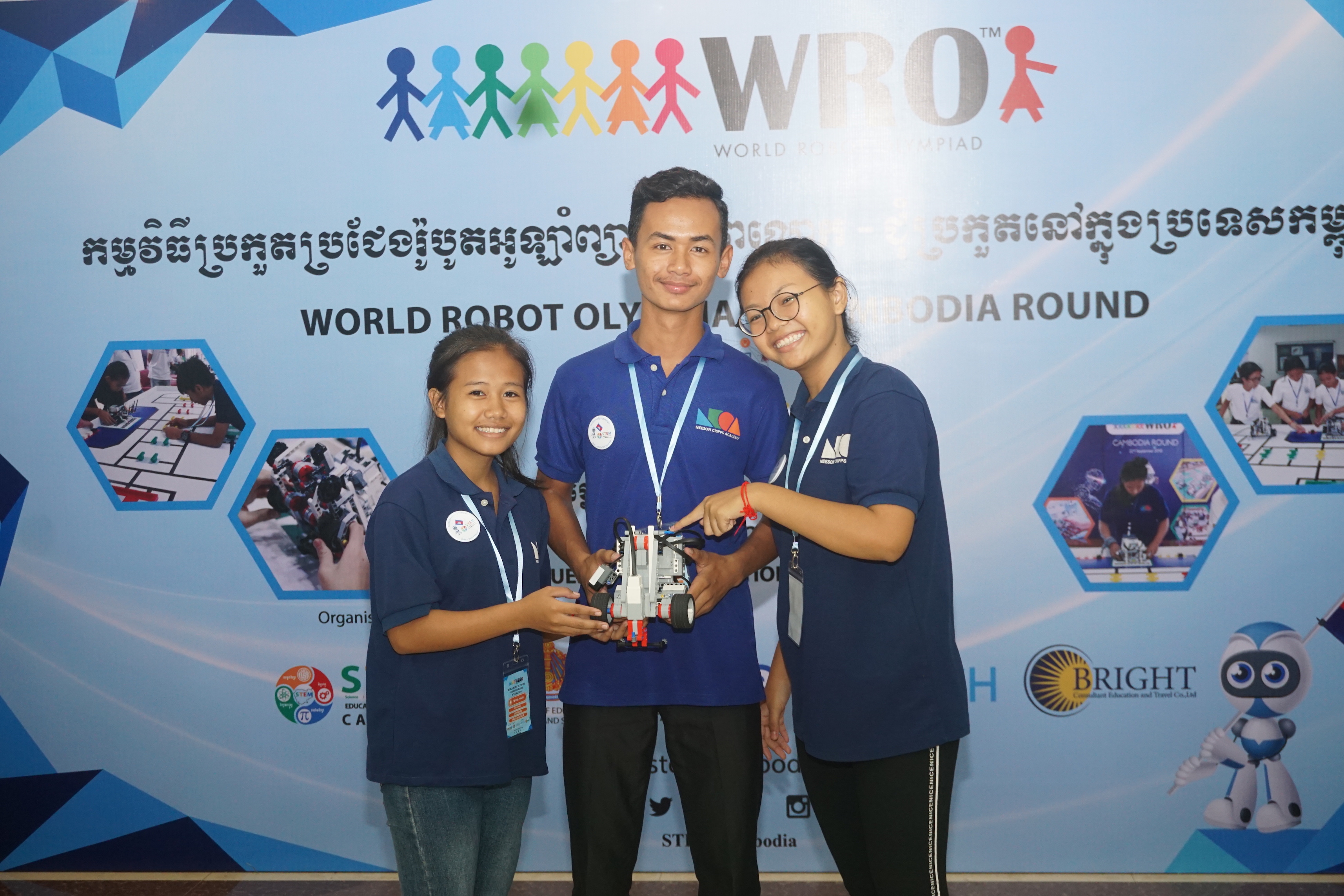 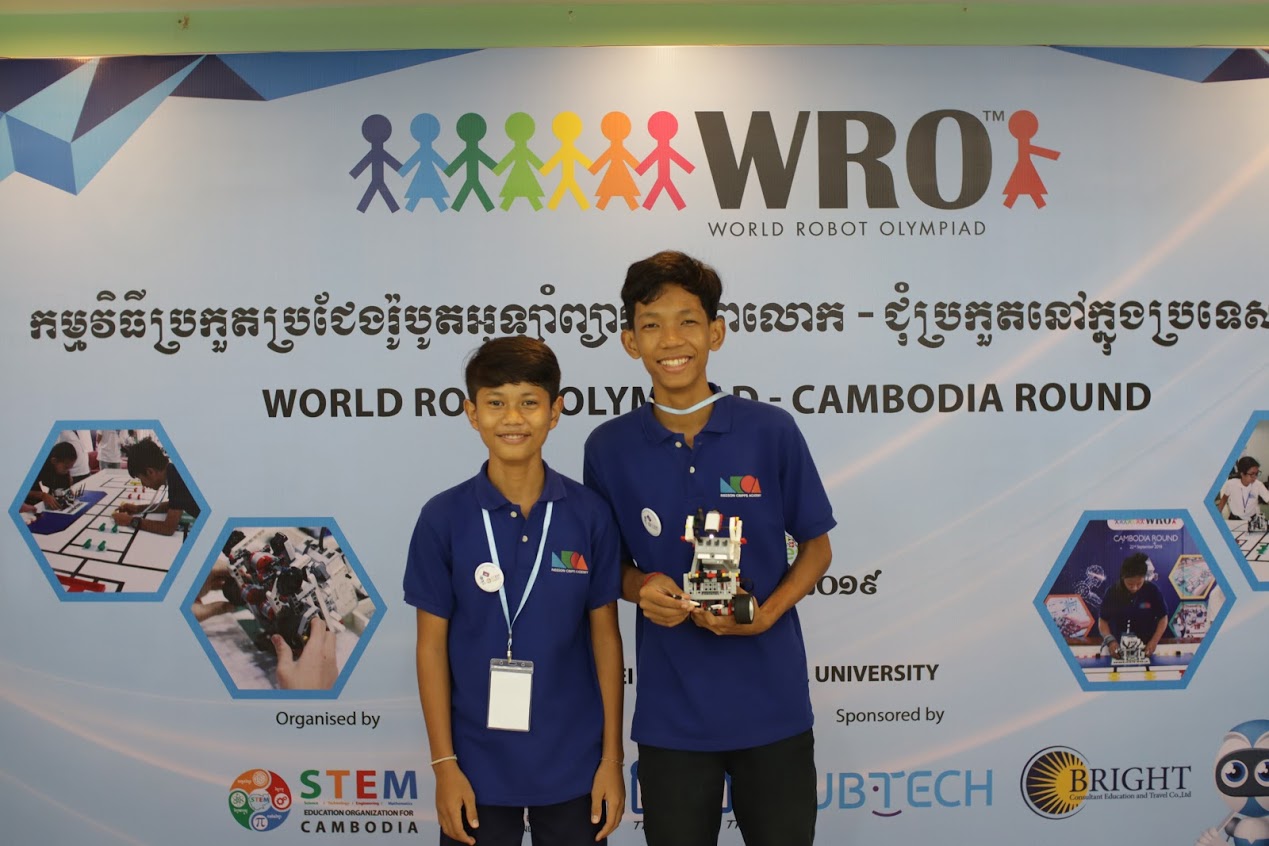 Some of the finest young technical minds in Cambodia were pitted against each other for the Cambodia Round of the World Robot Olympiad, a robotics competition open to young people around the world. First held in 2004 in Singapore, it now attracts more than 20,000 teams from nearly 60 countries, aged from six or seven up to university level. Competitors use LEGO MINDSTORMS robotics kit, manufactured by LEGO Education. CCF students made it through to the global final last year, which was held in Chiang Mai, Thailand. Student teams went head-to-head on 8 June in four categories at the 2019 Cambodia Round at BELTEI International University in Phnom Penh, organised by STEM Education Organization for Cambodia. All were hungry for success as they displayed their skills, creativity and the cool robots their teams had designed. Five teams from CCF took part. 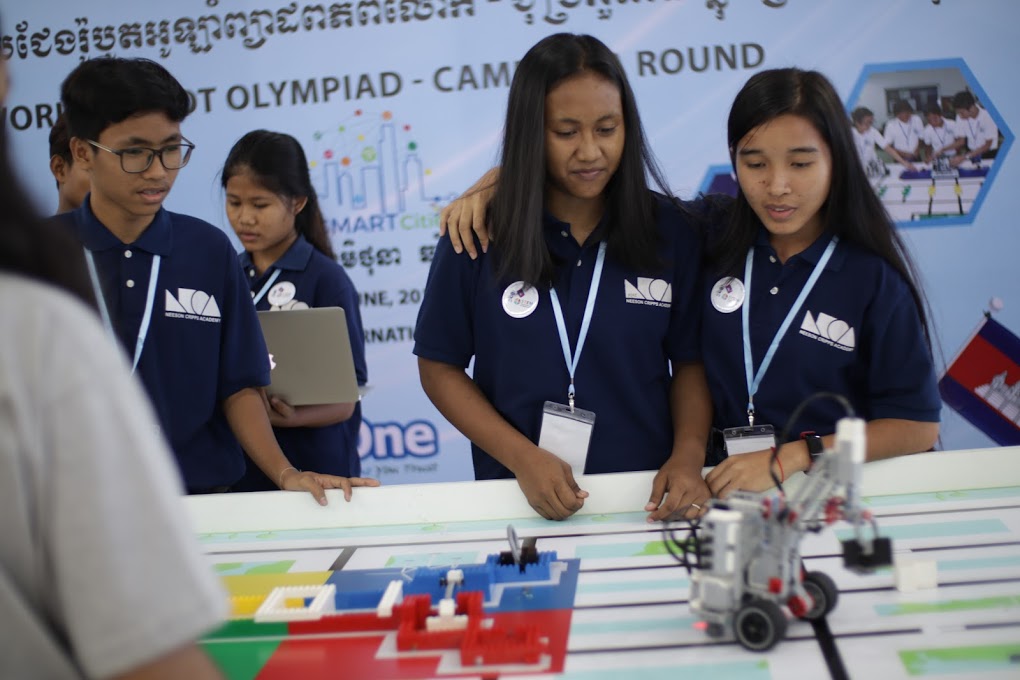 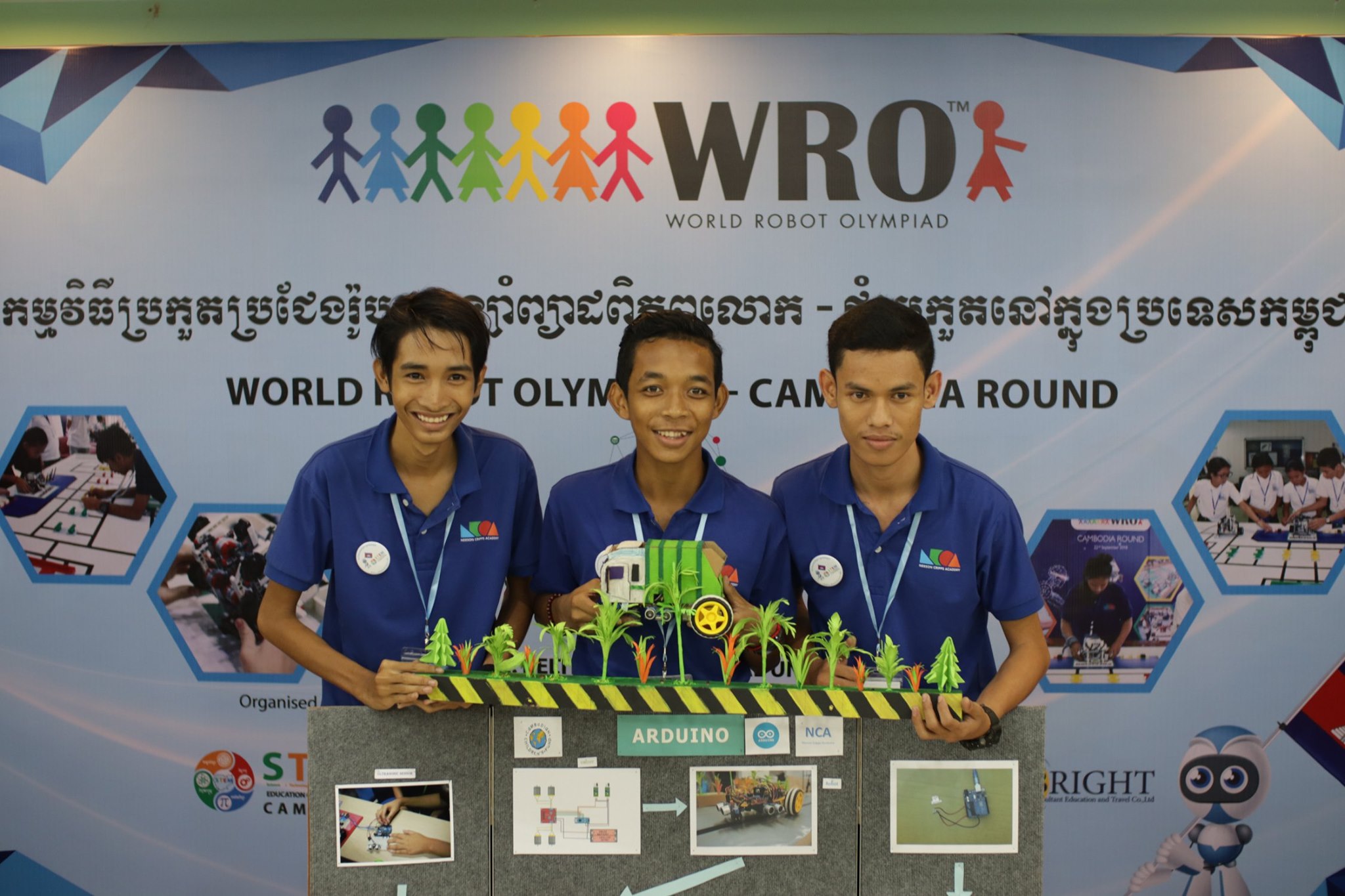 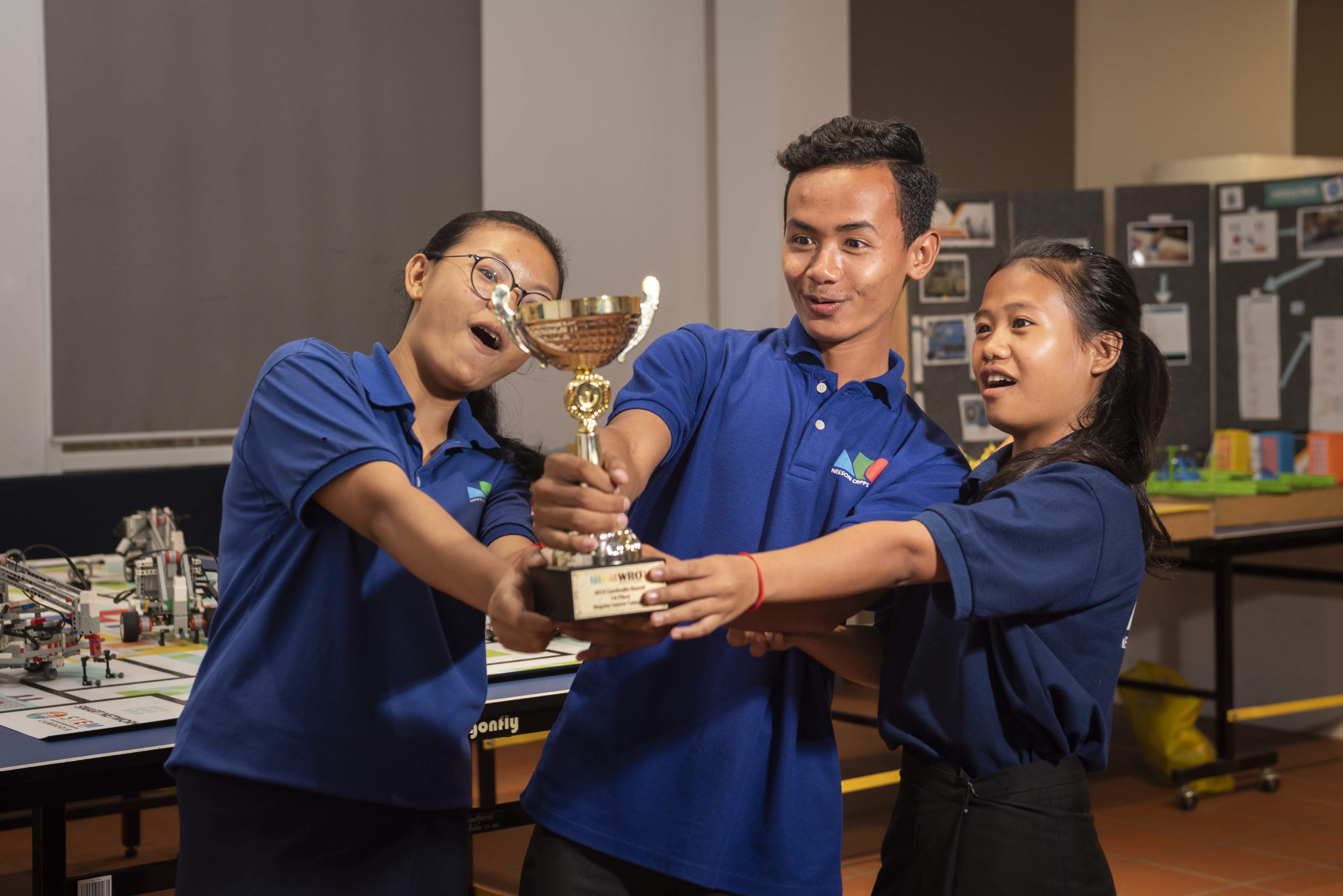 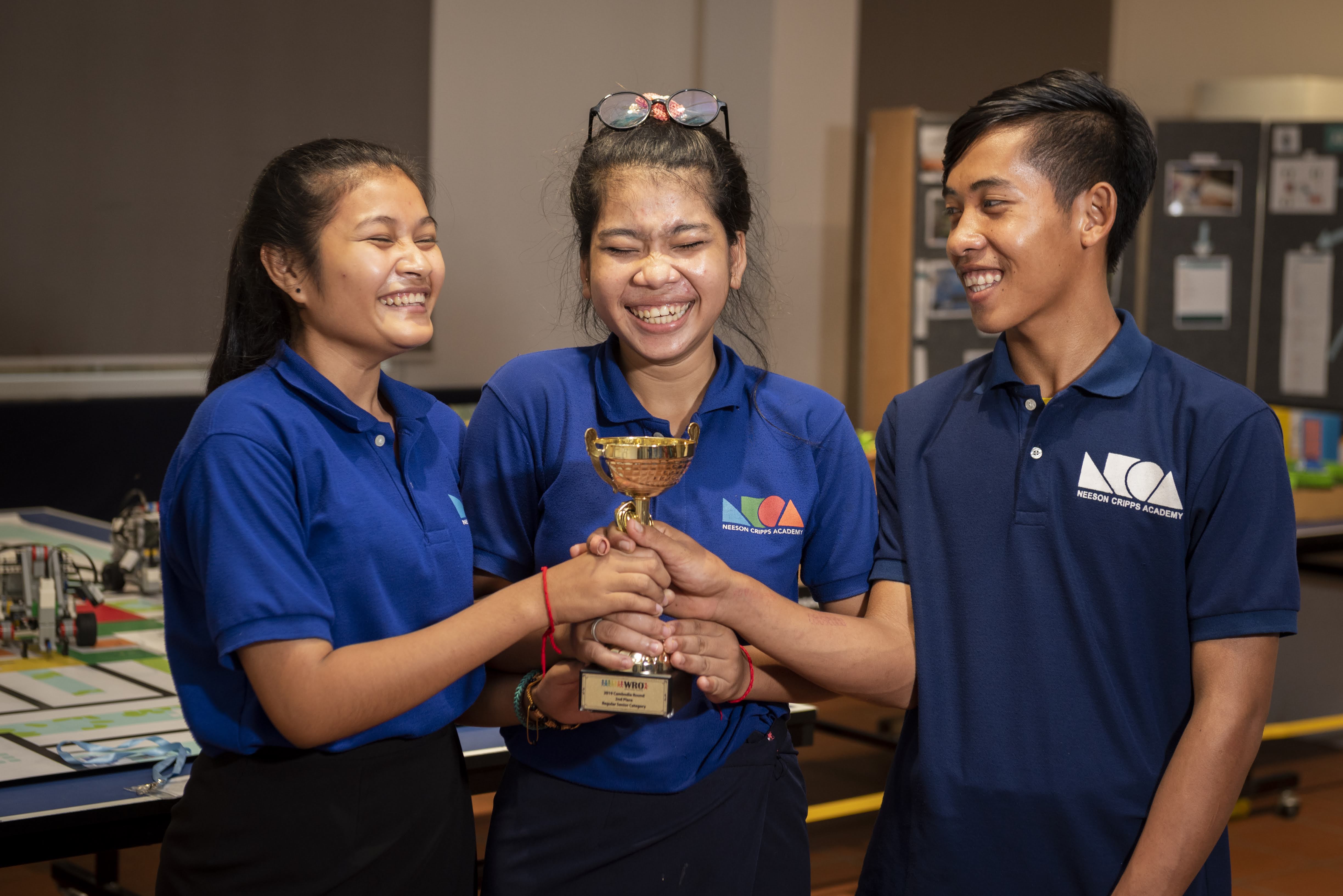 Taking home the honours for CCF in the Regular Junior category was Team Skeleton, minus one team member who was sick. 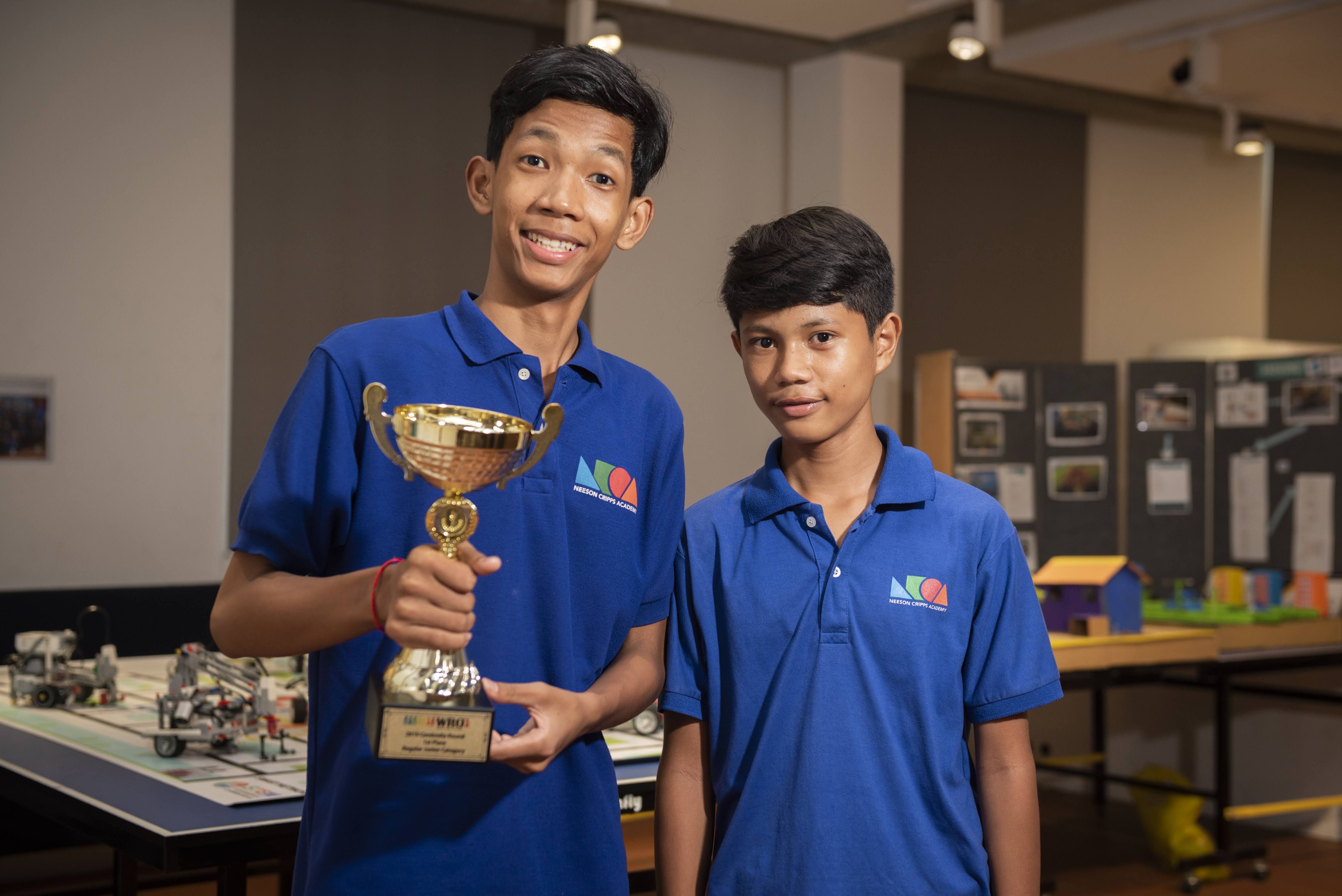 Now, they will be flying the flag for CCF and Cambodia at the World Robot Olympiad from 8 to 10 November in the city of Győr in Hungary. The theme of this year’s Olympiad is SMART Cities, with teams challenged to come up with new concepts, ideas and technologies to help build cities of the future. CCF's Winning Teams: Skyscraper: Vina Sat Seyha Phon Vid Savon PLN Long: Por Oem SreyNeang Penh Lita Chorn Skeleton: Vannak Koiy Seng Hoa Chhun Chan Hong Proeung Kate Ginn/CCF