A new community for families who lost their homes in a fire is officially opened CCF has celebrated the opening of a new community rebuilt after it was completely destroyed by a fire in March. Families left homeless after the blaze in Steung Meanchey, one of the most impoverished parts of Cambodia, can begin again in a modern, clean and safe space. Each family has a new house with their own toilet and communal space. 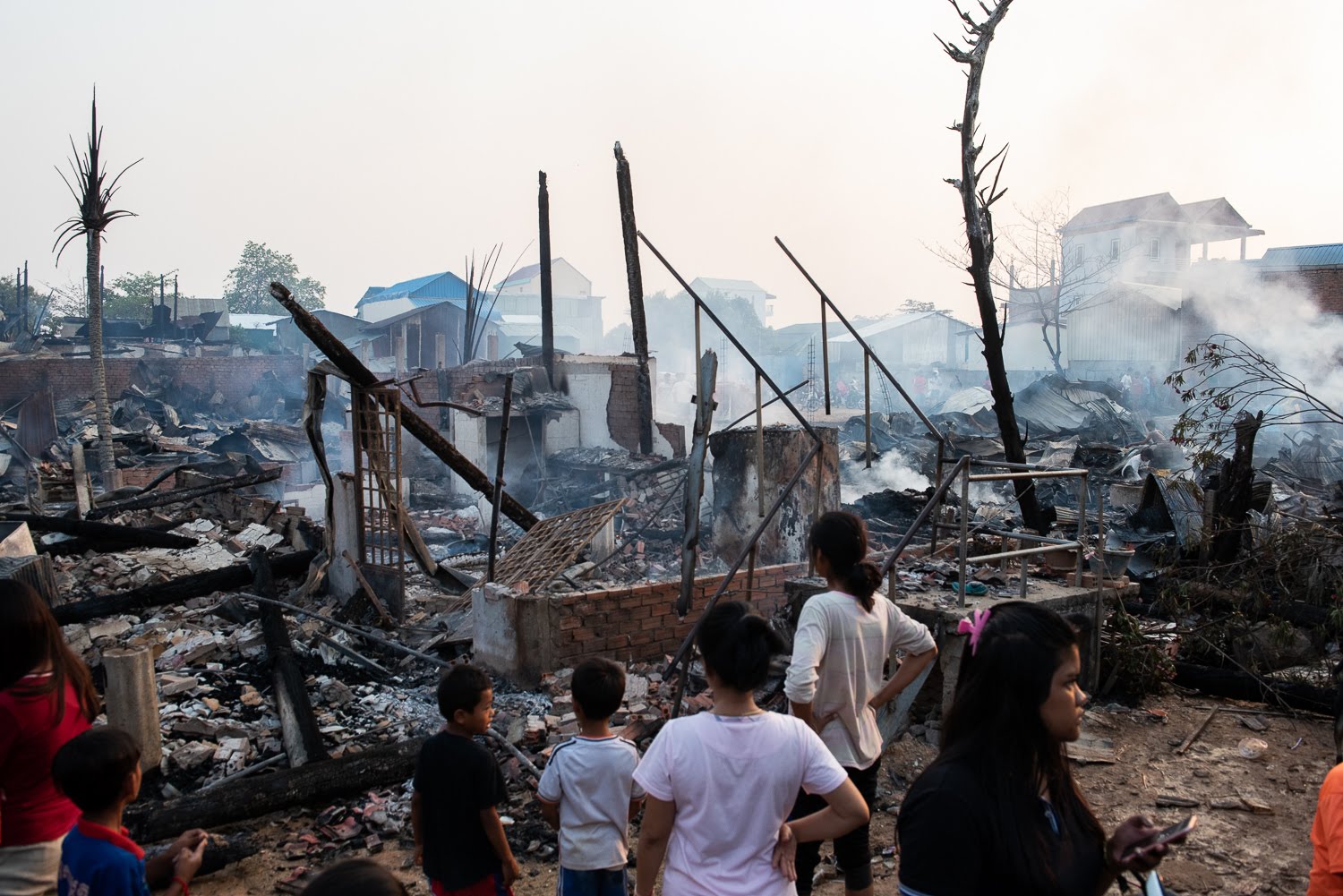 His Excellency Hun Manet and his wife, Her Excellency Pich Chanmony, Khoung Sreng, the Governor of Phnom Penh, and Oknha Leang Khun attended the opening ceremony. Families watched on a red ribbon was cut to formally open the community, built on the same land where the fire too hold. 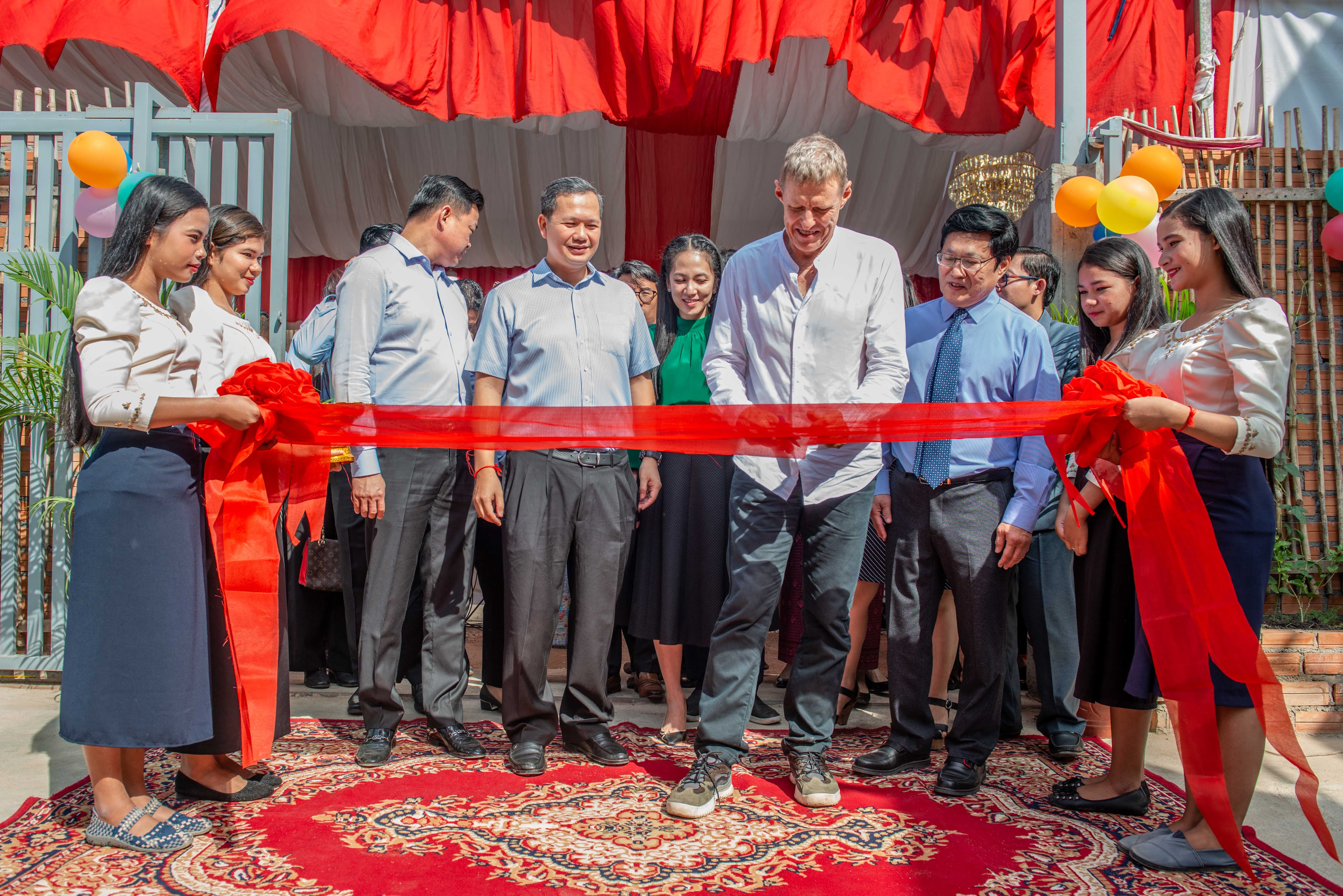 It took just half an hour for the blaze on March 17 to burn the entire community to the ground. Miraculously, everyone escaped safely and without serious injury. It is still not known what caused the fire. Shortly after, CCF launched an appeal calling for both financial and in-kind donations. The response was overwhelming. Donations came in from around the world but the majority of the support was from within Cambodia. It was the first time CCF received such widespread support in-country. 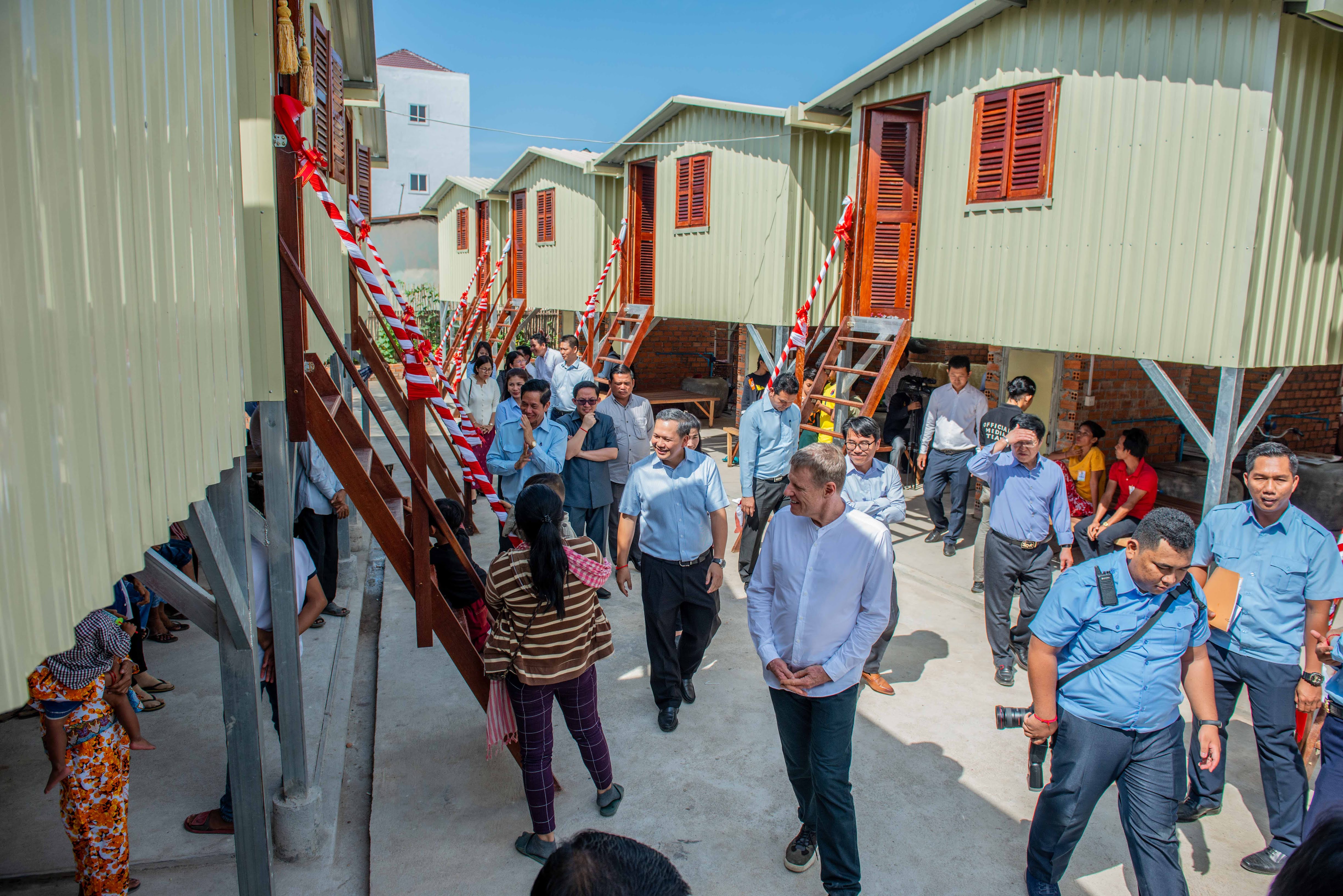 Schools, local companies, embassies and individuals responded with incredible generosity, donating money, food packages, clothes, toys and everyday items. His Excellency Hun Manet and his wife, with contributions from Samdech Techo Hun Sen, the Prime Minister of Cambodia, along with other family and friends, donated towards building new homes. 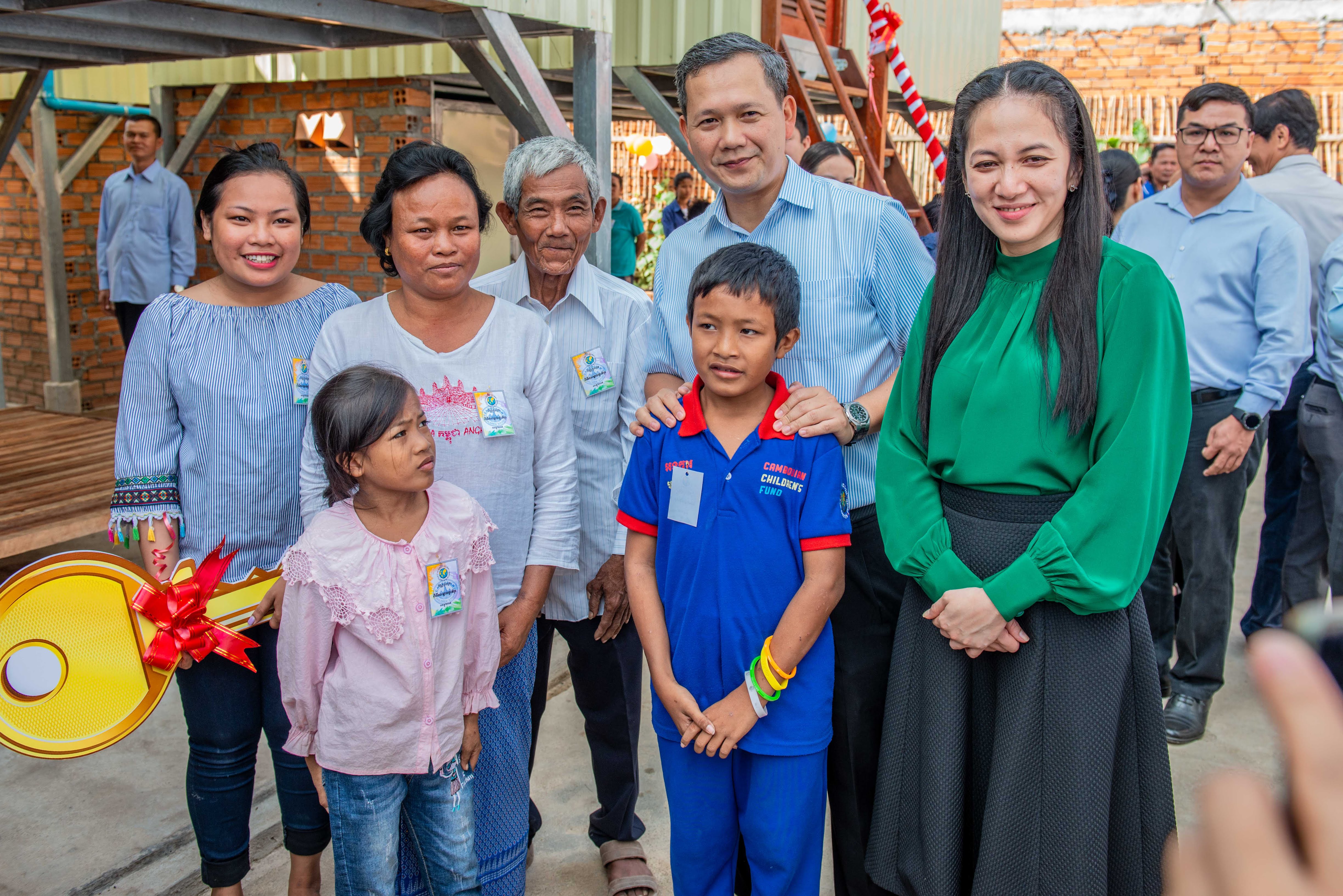 Her Excellency Pich Chanmony also visited CCF to tour the site of the fire and meet families left homeless. Scott Neeson, Founder and Executive Director of CCF, said: “This new community represents a milestone for CCF. The response from within Cambodia, some with modest means, some with influence, contributed quickly and generously to support these stricken families. Because of this Khmer compassion, those families are moving into far improved homes and environment. I wish to thank all who gave.”