Working at CCF managing donor relations, Cath Downes is aware how much of an impact a CCF supporter can make in a child’s life. Cath sponsors a CCF child and has a unique perspective on the Sponsorship Program.

As if it was yesterday not four and a half years ago, Cath Downes can still remember the first time she was introduced to Neang, a shy girl in her blue and red CCF school uniform who looked younger than her 11 years.

Cath had only been in Cambodia a few months after arriving to take up a new role at CCF, leaving behind a good job and comfortable life in her home city of Brisbane, Australia, to move to a country that she’d never even visited before.

Still adapting to a new country, culture and job, her focus was on the task in hand and not taking on further commitments.

But then she met Neang at CCF’s Community Centre.

“There was this immediate connection between us,” recalls Cath.

“There was something in her eyes for me. She had just lost the three women in her life. I could see her vulnerabilities, and I thought: ‘She is somebody I would like to sponsor’.” 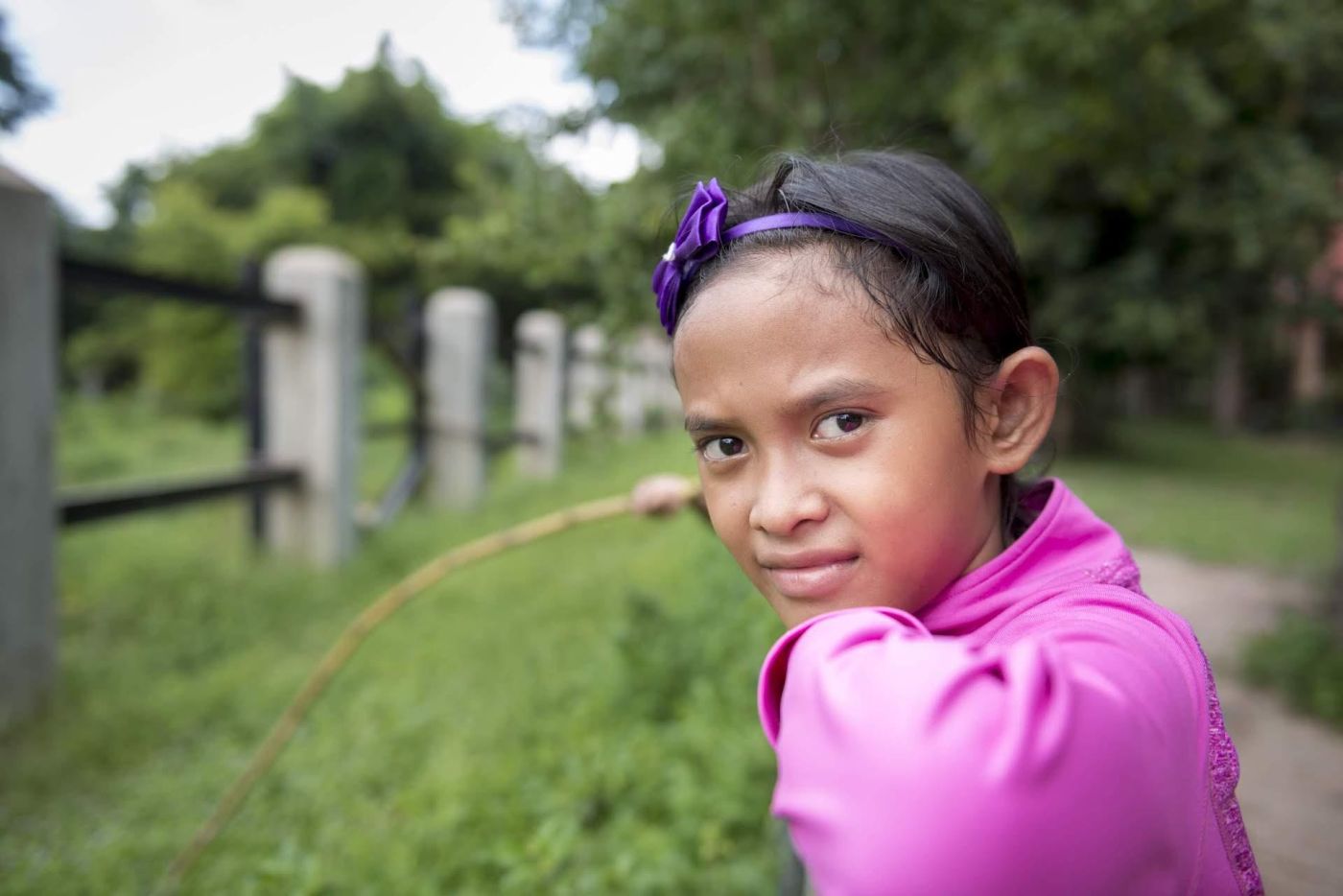 Neang had joined CCF’s program around the same time as Cath, though there the similarities ended. Their lives were worlds apart. Cath, though, knew about Neang before even travelling to Phnom Penh to join CCF.

“I read about her story literally a couple of weeks before I arrived at CCF. I knew what happened to her, so I was familiar with who she was,” says Cath

Here was a girl who just needed a constant in her young life, a figure who could provide reassurance, support and encouragement when needed.

She’d been through more than I could ever imagine going through. So for me, I could offer her that stability in her life, just somebody who is always there for her to reach out to.

Rewind a few years back and Cath had never considered sponsoring a child in another country before and had never heard of Cambodian Children’s Fund.

While working for a charitable organisation in Brisbane, she happened one night to watch an ABC Australian Story documentary featuring Cambodian Children’s Fund and Scott Neeson, the founder of CCF.

It made such an impression that she wrote an email to CCF’s Australian office in Sydney the next morning, to congratulate CCF on the work they were doing to turn around the lives of impoverished children and families in Cambodia.

Six years on, while browsing a jobs website one day, she saw a posting for a newly created role managing the volunteer program and donor relations for CCF.

“It was one of those serendipitous moments. Never on my vision board or my life plan had Cambodia ever come into the equation,” says Cath.

“I just thought: ‘I have to apply for it’, not tell anyone because everyone would think I was crazy, and just see what happens from there.

“I was on holiday in Tasmania sitting in a restaurant with a friend, when I got a phone call at 5.30pm on Christmas Eve to tell me that I had the job.”

It took a leap of faith to give up the safe familiarity of Australian life and move to Cambodia, and Cath admits it was far more challenging than she expected.

While she was well travelled - having cruised around the world as part of crews on privately owned luxury motor yachts and had visited Southeast Asia - she was not prepared for the sensory overload of Cambodia.

There was the heat, dust , noise and dense, suffocating air of Phnom Penh, coupled with the stark realities of the deprivation in Steung Meanchey, one of the poorest parts of Cambodia and where CCF works.

“I’d never immersed myself in something like this. It was a complete culture shock when I came to Cambodia,” says Cath.

“I remember when I first arrived at CCF and the immensity of how big CCF was and the work it was doing with these families, was just overwhelming.” 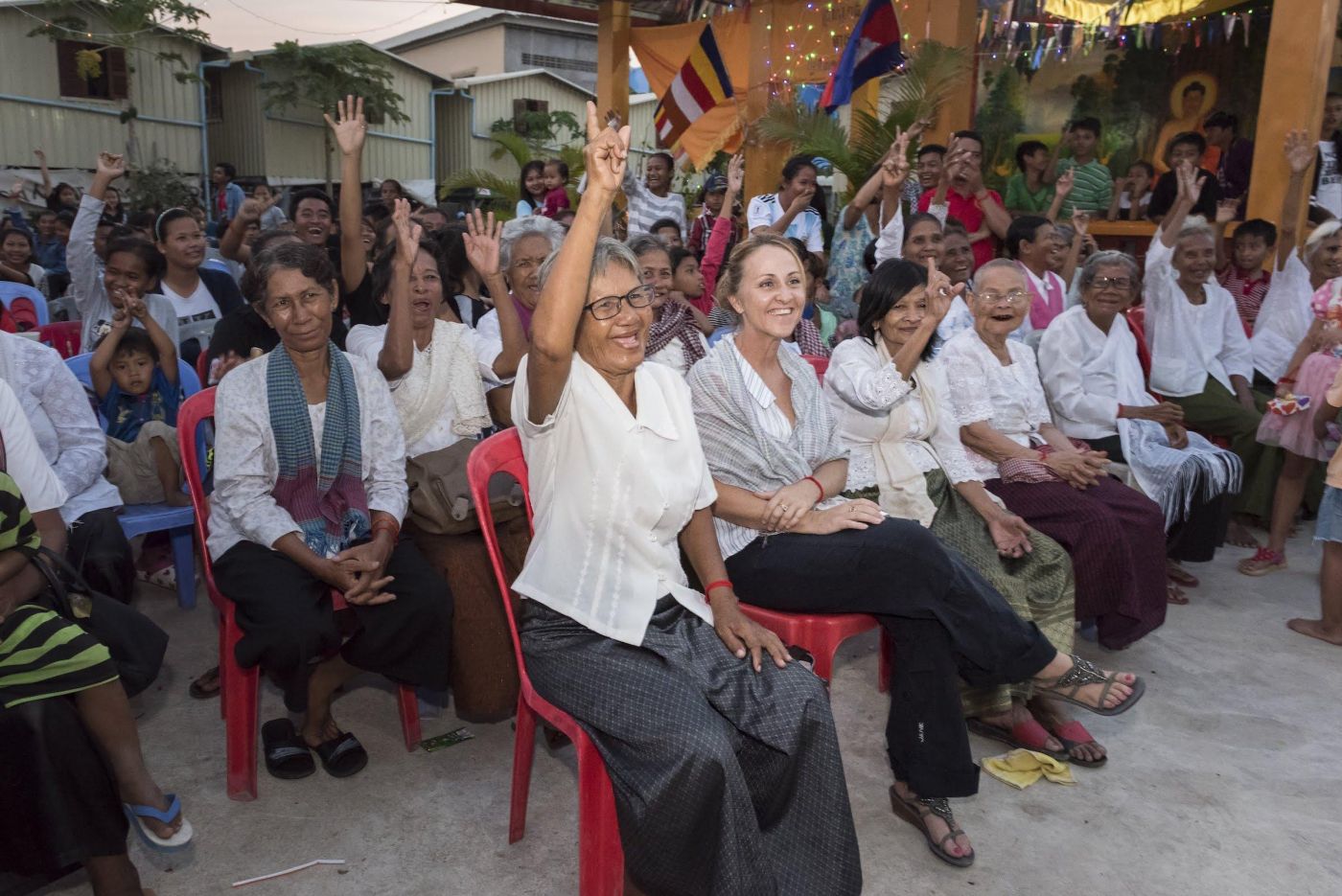 Her first trip out into the Steung Meanchey community was memorable.

“I went out with the Leadership students and we visited one of the grannies, who was literally on her deathbed - she died the following day - and she was just [skin and] bone and I’d never seen or experienced anything like that before. So that really shook me to the core,” says Cath.

“But the kids we met were all happy. It wasn’t until I really understood the work of CCF and started learning about the stories behind the smiles, did I realise how exceptional CCF was.”

Four and half years later and Cath, now CCF’s Senior Donor Relations and Development Manager, is still moved by some of the sights she sees or stories she hears as part of her work, but is able to reconcile this with the difference that CCF makes in the lives of the most vulnerable. 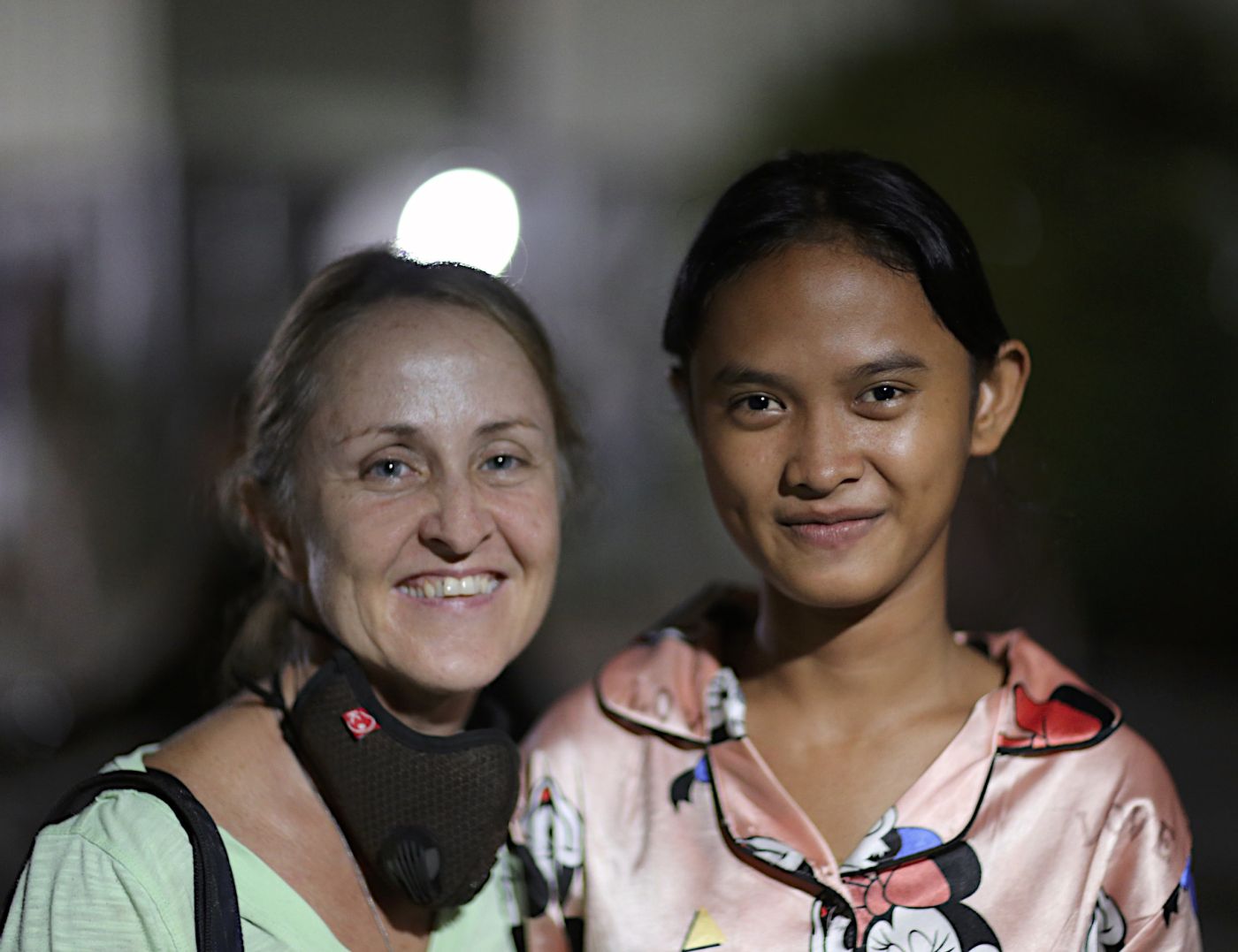 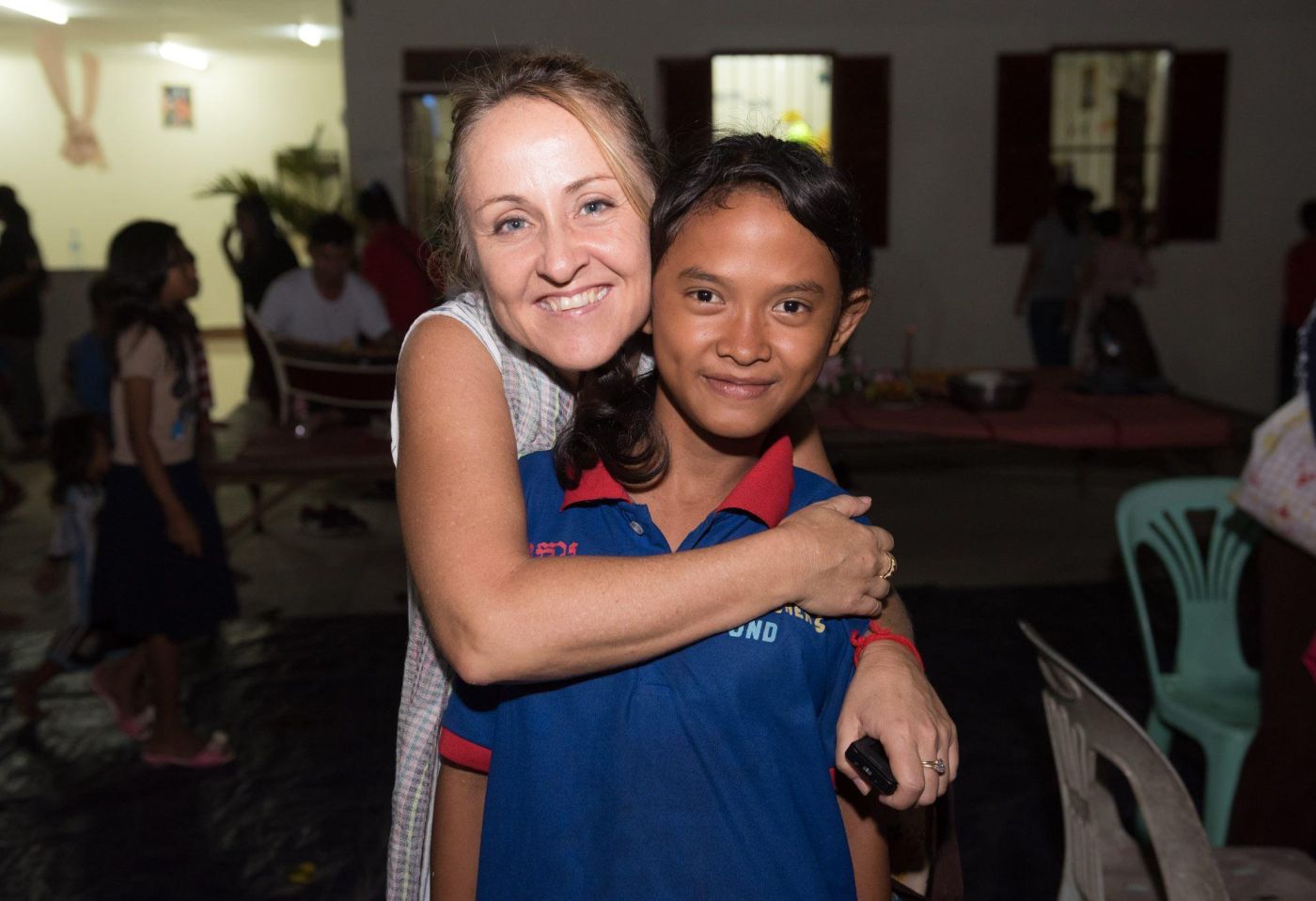 Sponsoring Neang, who has just turned 15, has been part of that journey.

“It deepens my connection to CCF by having a child that I am sponsoring and supporting,” says Cath.

“In my role as a fundraiser, I ask people to invest in us, so I like to think that I’m investing in the organisation I believe in a meaningful way as well.”

“For me, it’s also a personal experience that I can speak about to donors who come to visit CCF. I can share my own personal story and what it means to me to sponsor a child.”

CCF staff who sponsor a child have the same unique relationship with their child that all sponsors enjoy, exchanging emails overseen by a dedicated Sponsorship Relations Officer and connecting by video calls, while also having accompanied trips out together during the year.

But in Cath’s case, being in-country and through her work, she often sees Neang, who attends CCF’s Neeson Cripps Academy, at events or out in the community. She was there recently when Neang went through a difficult time, offering support and practical help.

“She sent me a card afterwards and thanked me for being there for her,” says Cath. “That meant everything to her, just to know that I was watching over her, I was caring for her and that I loved her.”

Their connection has deepened over time.

“I’ve got a beautiful relationship with Neang,” says Cath. “There’s just a really lovely connection between the two of us, and I suppose because I’ve not had any children of my own, she’s the daughter I never had.

I love to watch her grow, she’s this teenager now developing into a young woman and she’s got so much ahead of her and so much on her shoulders at the same time. It makes me happy when she’s happy. When she’s excited to race to her emails and share with me her exam results, it shows that I’m important in her life as well. 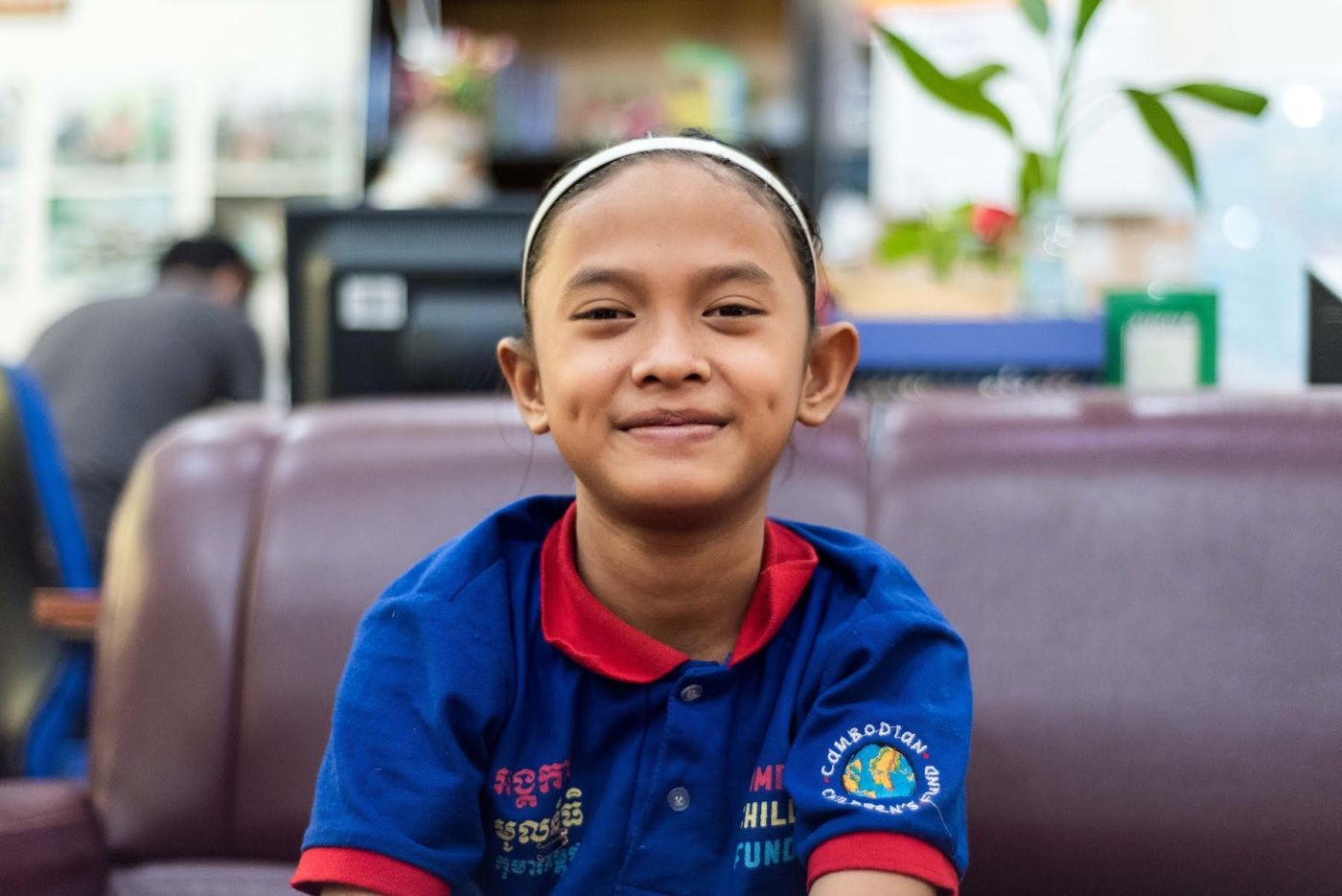 Cath’s experience and her view as a CCF member of staff is a powerful testament to the impact that sponsorship has on a CCF child’s life.

“I think it’s just such a unique program, where you are a focal point for that child’s life,” says Cath. “You are a very important part of their journey and their path. You are teaching them how to relate to the outside world, you are teaching them the difference in culture and values, you can learn a lot from your communications with a sponsored child. I just cannot imagine any other sponsor program being as unique as this one, when you are so, so connected to this child.

“Through CCF’s Sponsorship Program, you are really making an impact on a child’s life, just purely by connecting.”

Cath is committed to ensuring this bond with Neang continues on and develops.

“She’s part of my family now, part of my extended circle,” says Cath.

“She’s been a part of my journey as well, she’s taught me a lot. Neang has a place in my life. When you talk about the people that touched your life on your journey, she’s one of those people for me.” 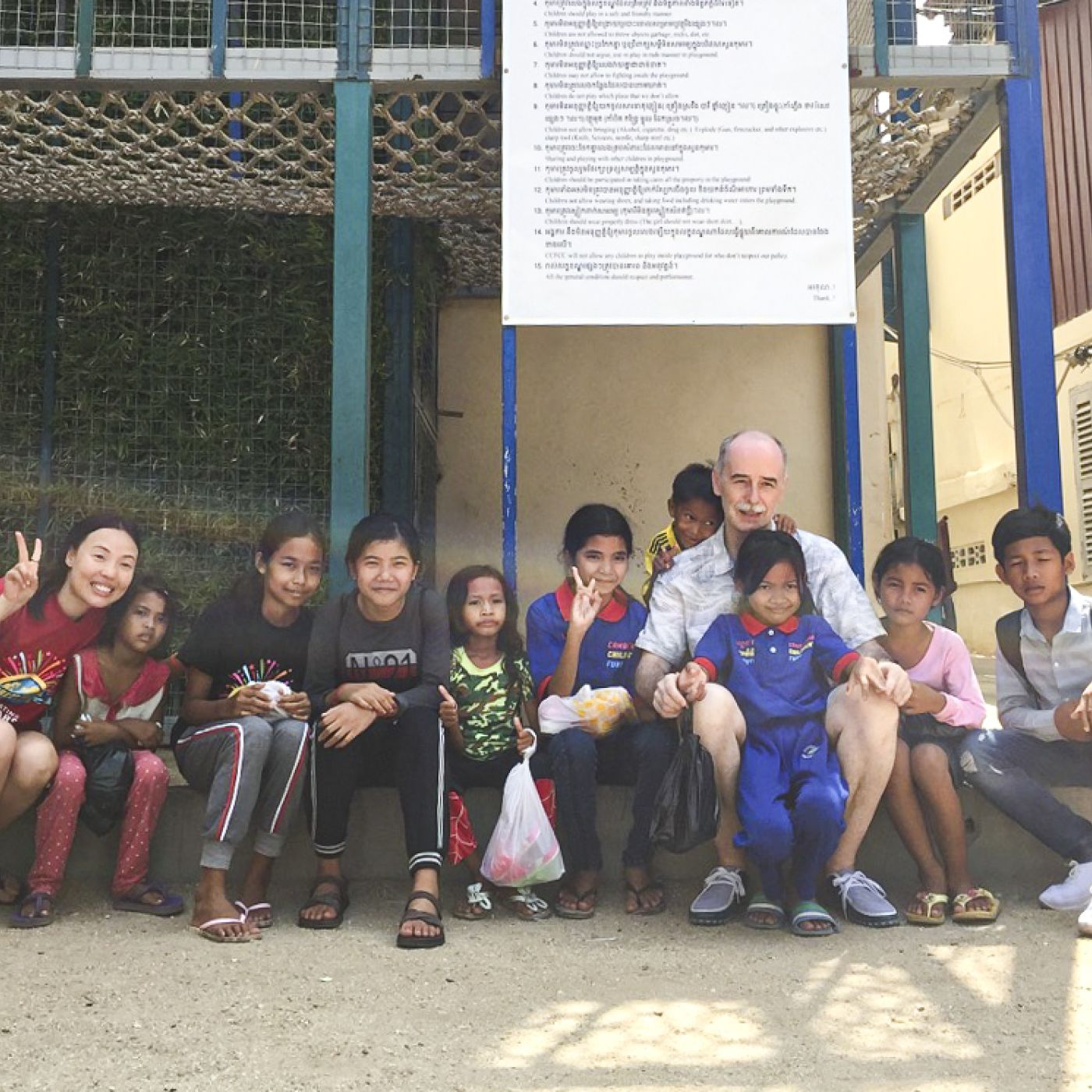 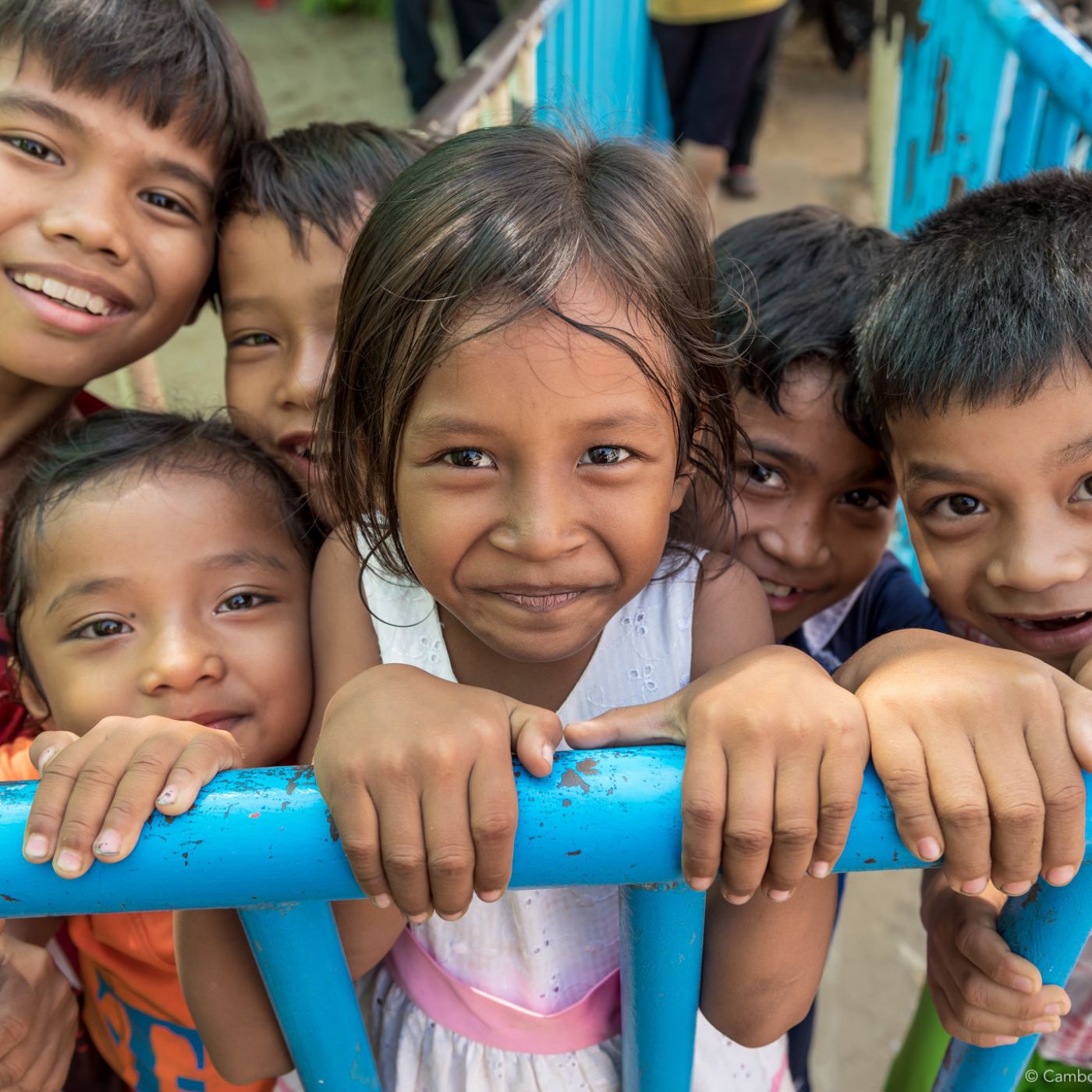 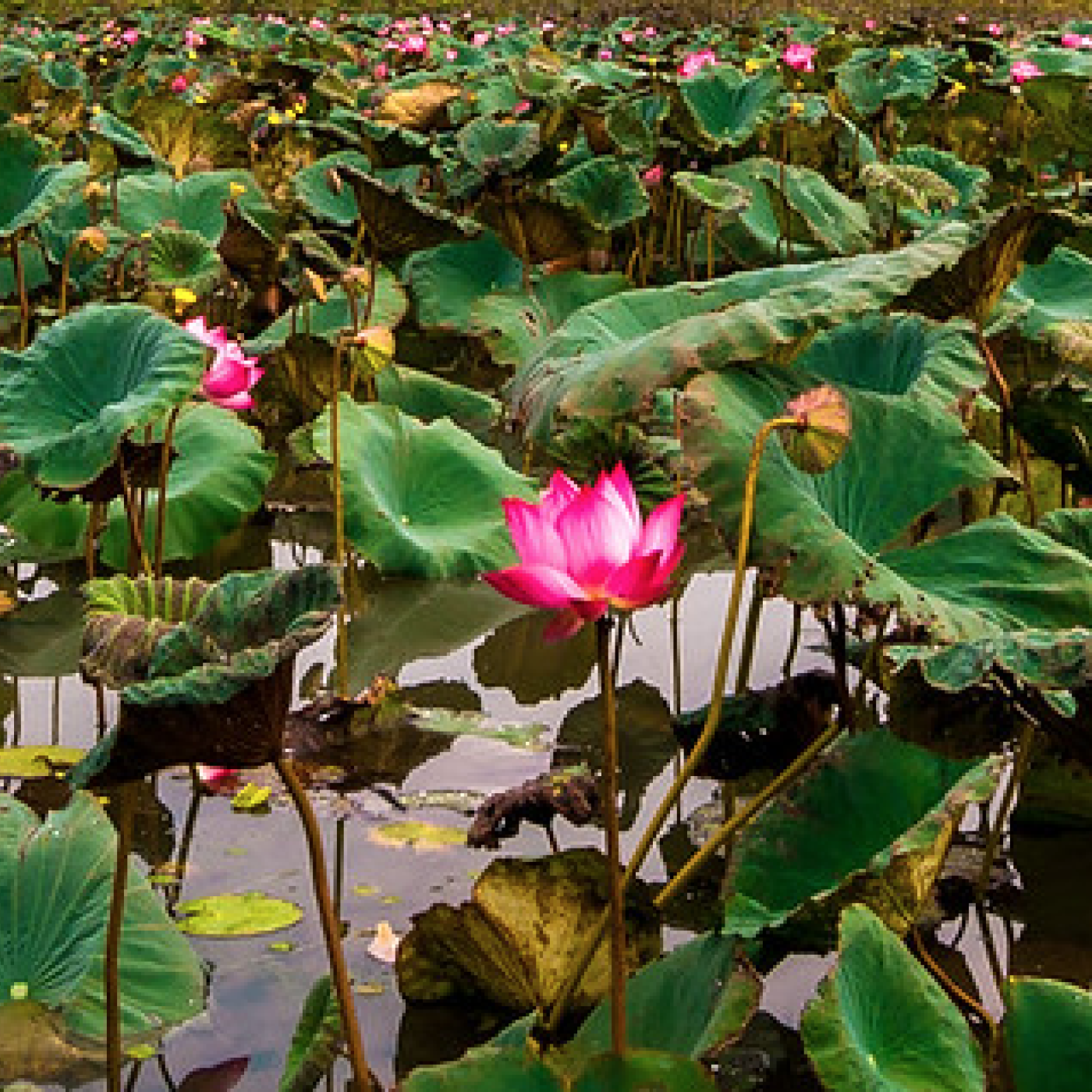