University student Hor Kimhour has been a volunteer with CCF for more than a year, giving his time to help young kids and his country, creating the future leaders of Cambodia 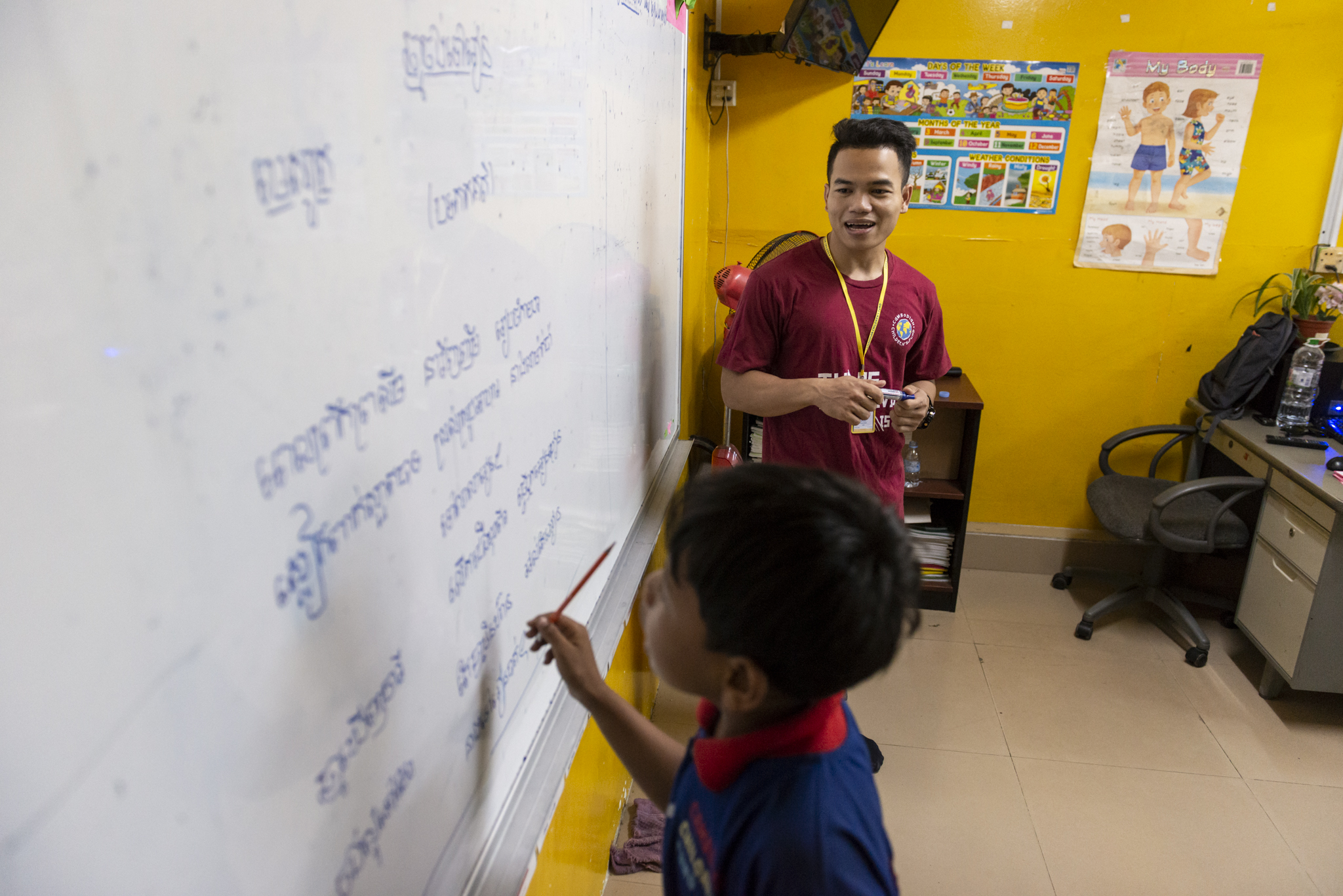 I started volunteering at CCF in February last year and I plan to volunteer at CCF until I graduate from my Bachelor Degree. 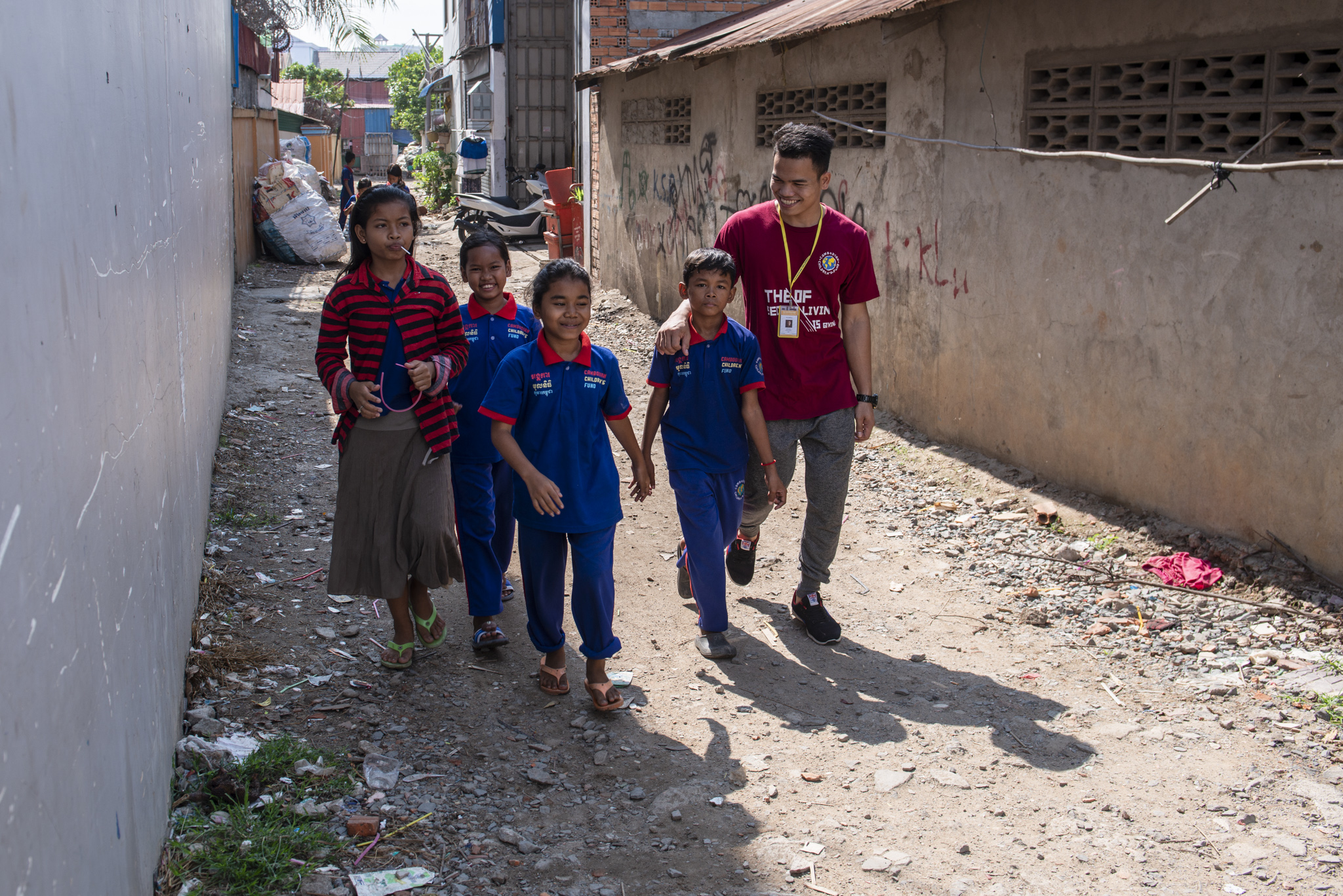 Before I volunteered at CCF, I was a pagoda boy [children who live in a Buddhist temple and receive an education from monks] and I am now student at Paññāsāstra University of Cambodia. I had worked as volunteer staff at many places with my university mates and at some clubs. In 2013, I started to use Facebook and I saw a video of Mr. Scott (Scott Neeson, CCF’s founder) in the garbage mountain areas [the Phnom Penh dumpsite] and he talked about CCF. It profoundly touched my heart that there was this problem in Cambodia. I never knew about this trash area at all. 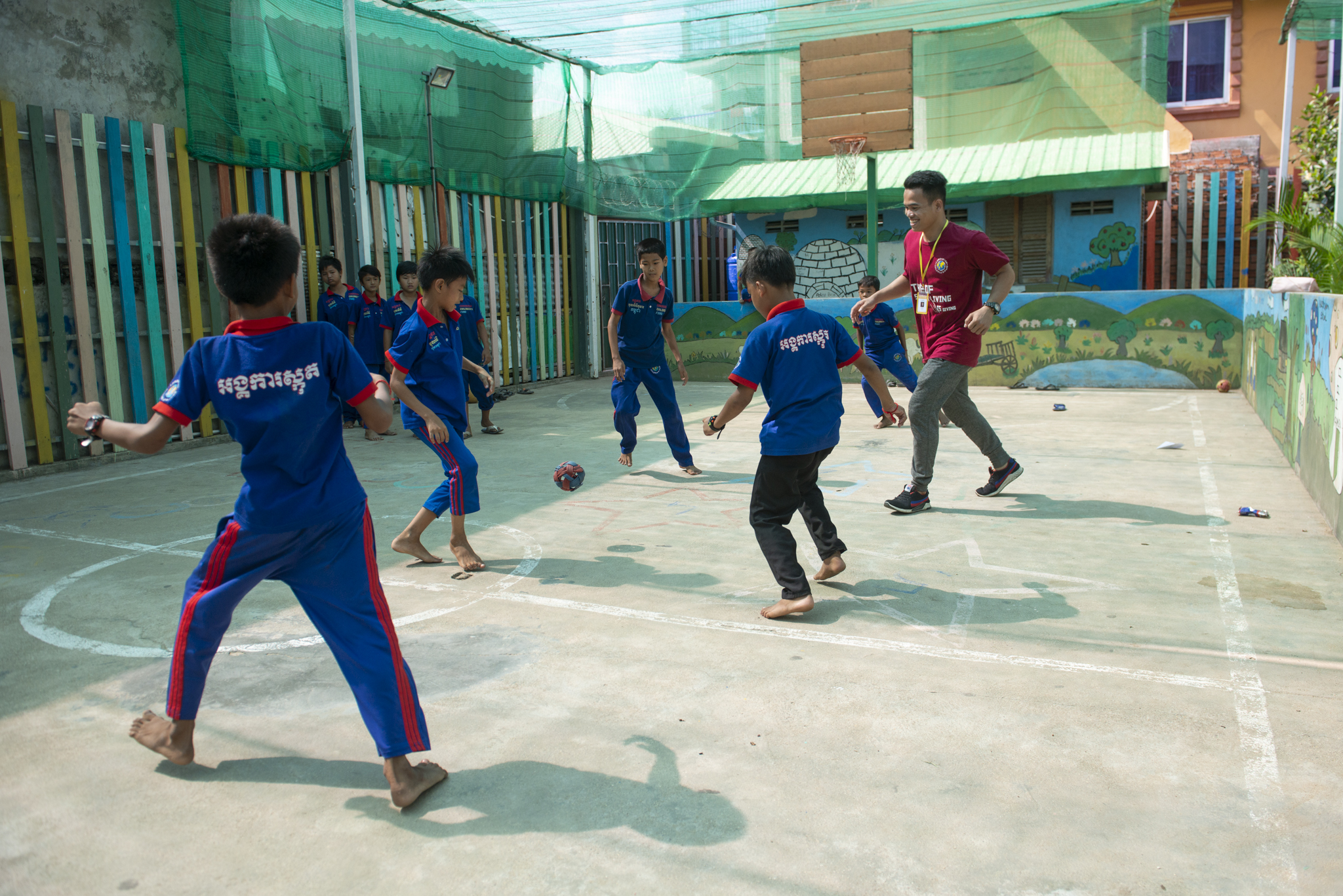 I started to think about how Mr. Scott is extremely passionate about helping people in this area and what I, as a Cambodian boy, should do to contribute to help them. In 2017, my professor called for anyone interested in a volunteer opportunity in CCF and I immediately applied for it. First, I started volunteering as weekend teacher. I taught students about English, and Khmer literature, played games and told them stories about virtue. In August 2017, the Neeson Crisps Academy (NCA) conducted a public speaking event called the Annual Youth Talks and invited me to be a coach, I quickly applied. The Annual Youth Talks were held on the 8 November. After that, I was given a chance to guide CCF’s TED Talks speakers for a event at the International School of Phnom Penh (ISPP) on 25 November 2017. 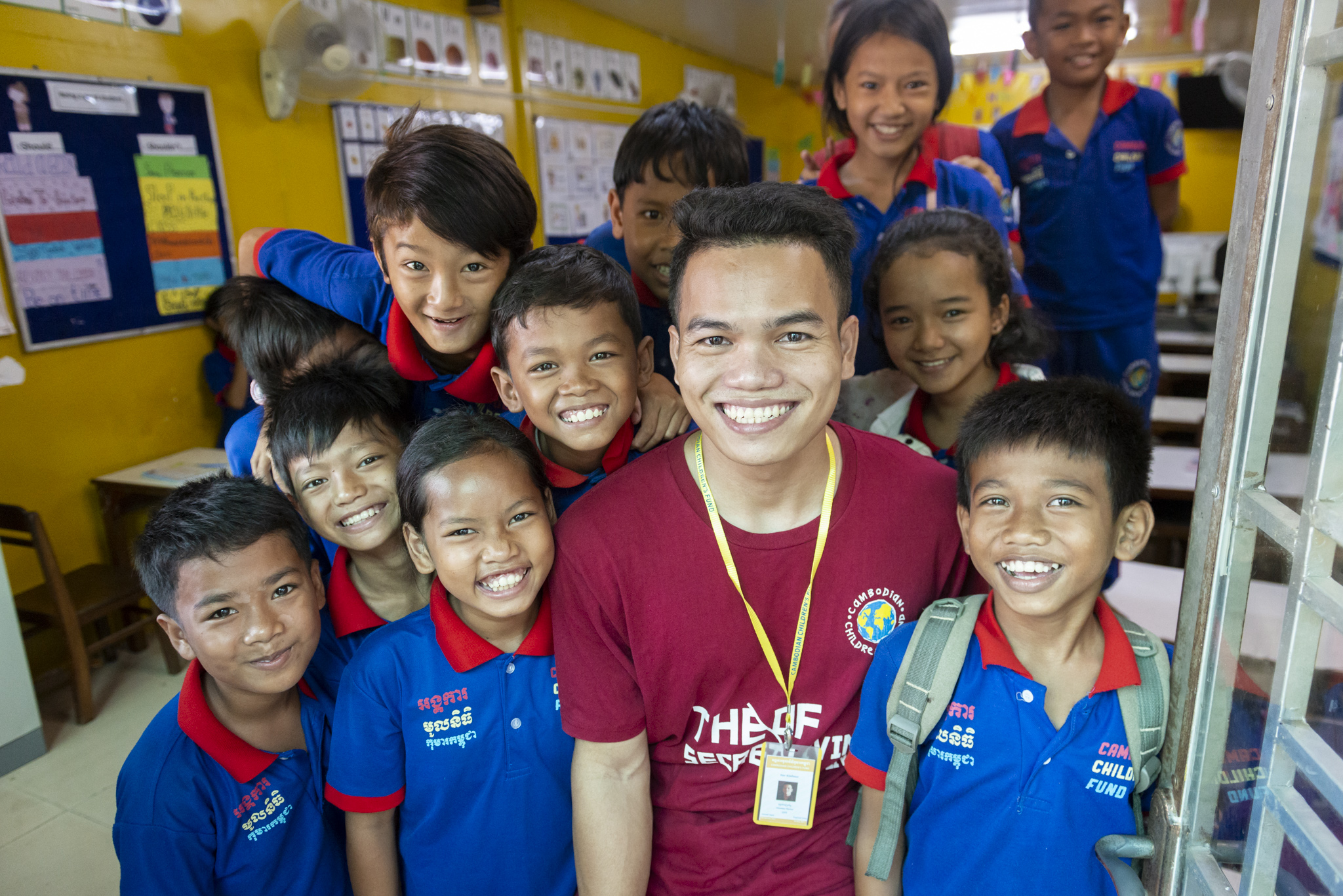 Now I teach a class every Saturday morning. I share my knowledge to children, guide them to think and grow, teach them English and Khmer, and support them when they go to the playground. I don’t find the work challenging. The biggest challenge is that CCF is far from my home and I mostly take a taxi-motorbike to get there, and sometimes I walk home. CCF is lovely and wonderful, the most fascinating Non-governmental Organisation (NGO) I have ever known. It has many projects to help old people, children, women and the community. CCF has given the people around the garbage mountains in Steung Meanchey hope for a future that they never had. I can say that Mr. Scott gave them new lives. Now everyone can pursue their education even old grannies. It really touches me.