7 staff honoured for their work helping protect Cambodia’s vulnerable children CPU staff and international experts involved in assisting the unit have been given awards for their work in child protection and services to Cambodia. 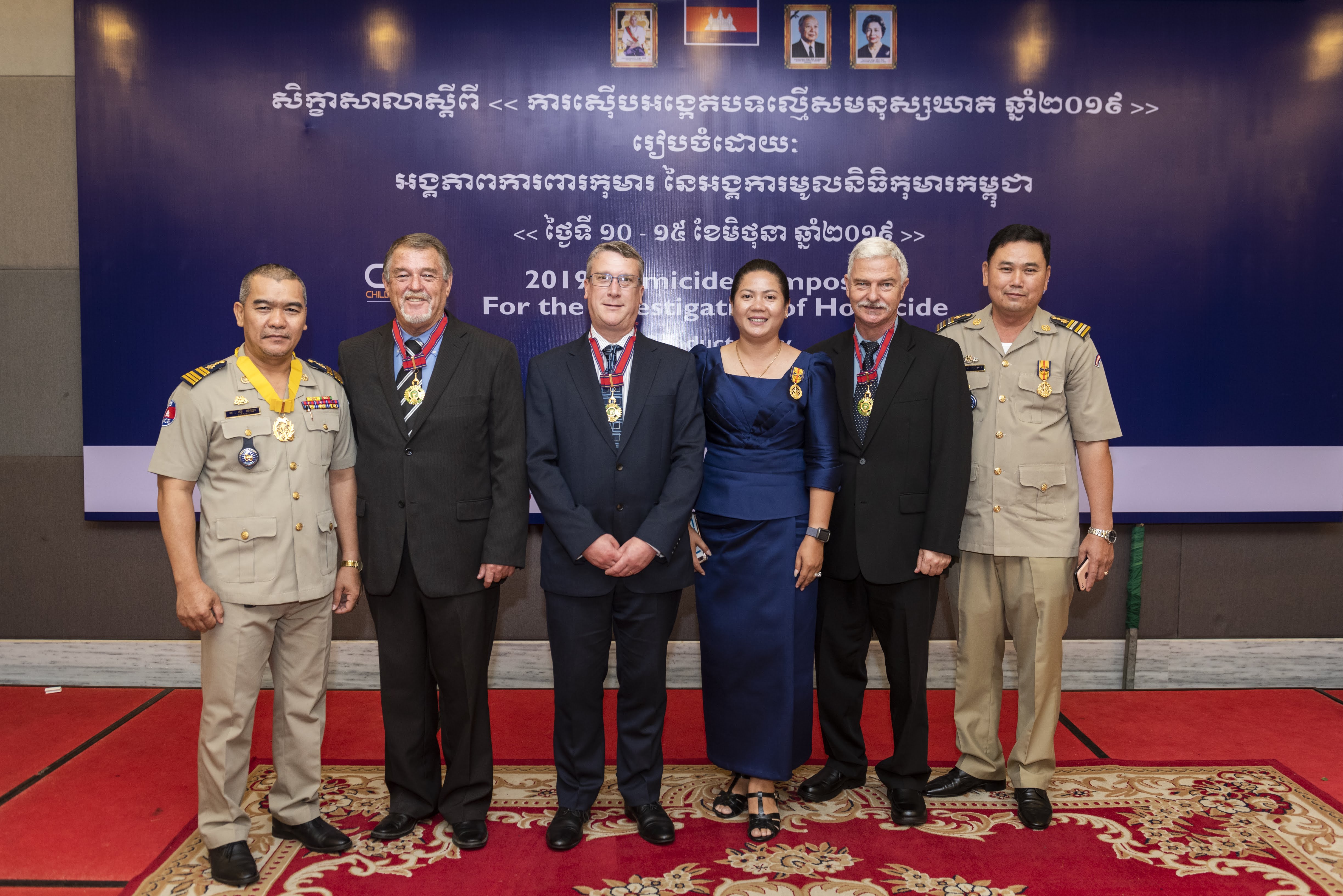 The 7 - 5 CPU staff and 2 experts - received their honours from In Bora, Deputy National Police Chief in Cambodia and Director General of Central Criminal Department. The CPU was set up in 2013 by Cambodian Children’s Fund (CCF) to investigate crimes against children in Cambodia and bring offenders to justice. Since it began, it has investigated 1,400 crimes, in collaboration with the Cambodian National Police, including murders and child abuse cases. CPU’s Mike Smith, Manager Investigations), and Mark Townsend, Technical Advisor, were both awarded the Mahasena (Grand Officer) of the Royal Order of Sahametrei, the second highest honour available for non-Cambodian nationals. 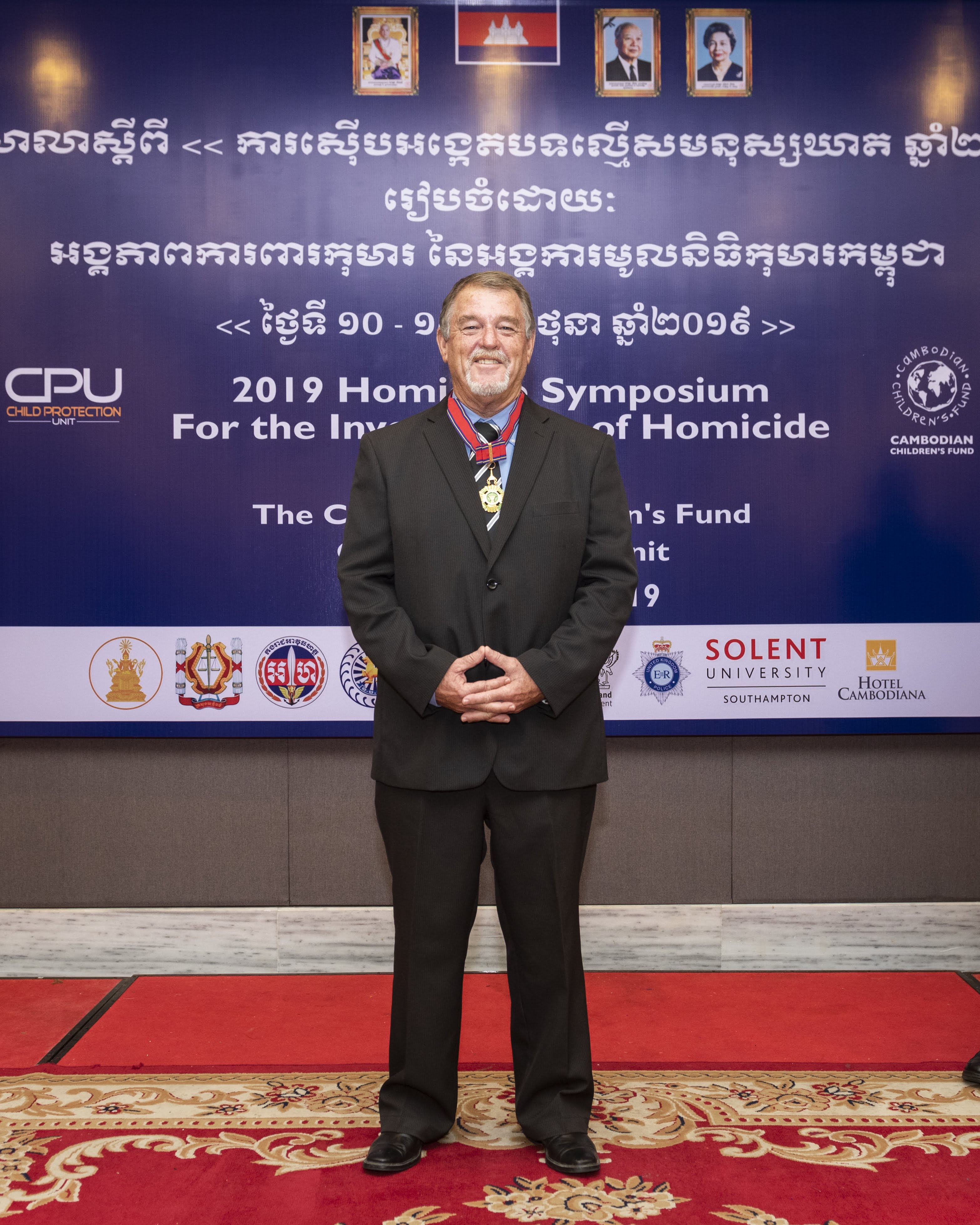 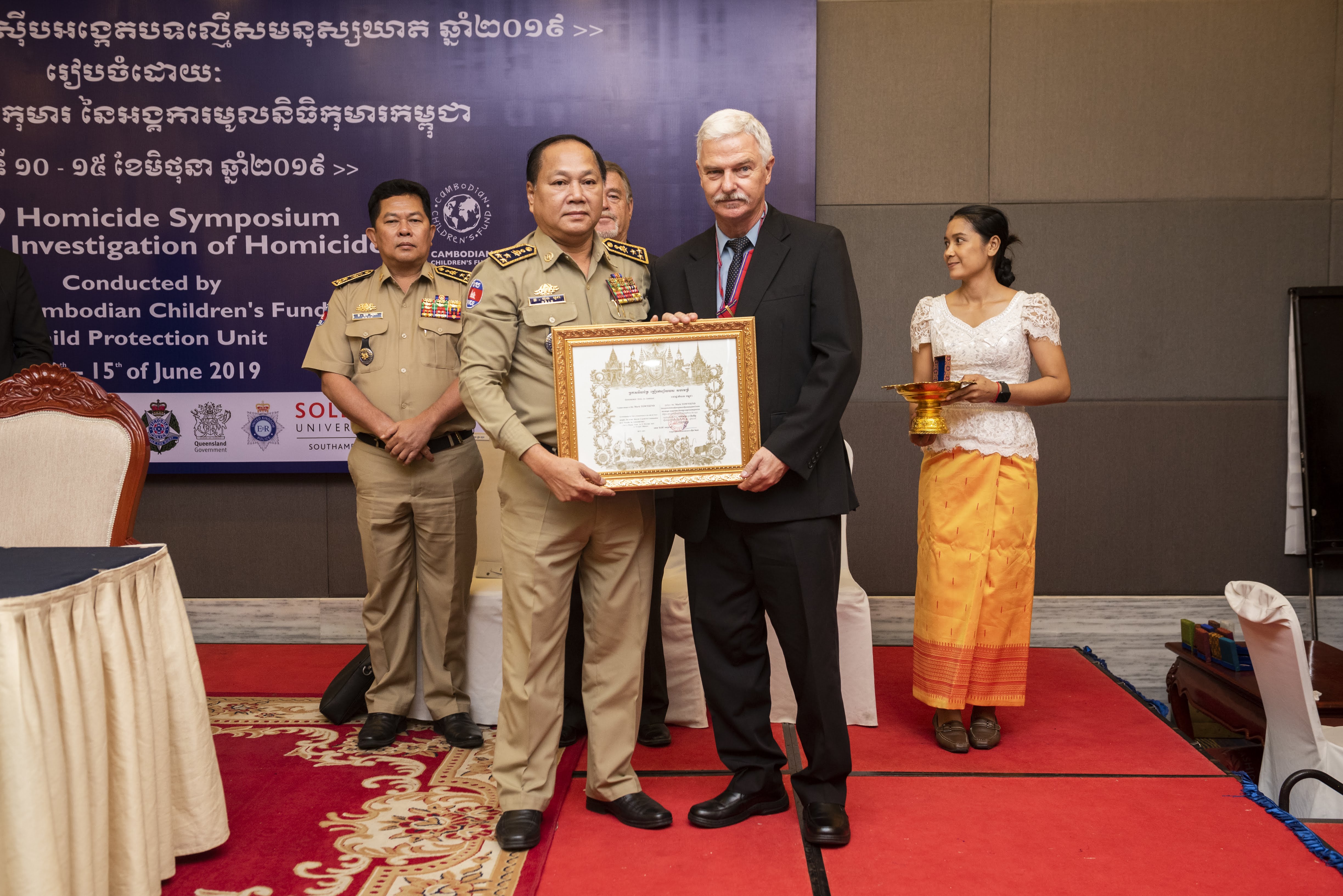 Som Vathana, Sy Phalla and Born Vannara, who all work with the CPU, also received honours for their contribution to child protection. 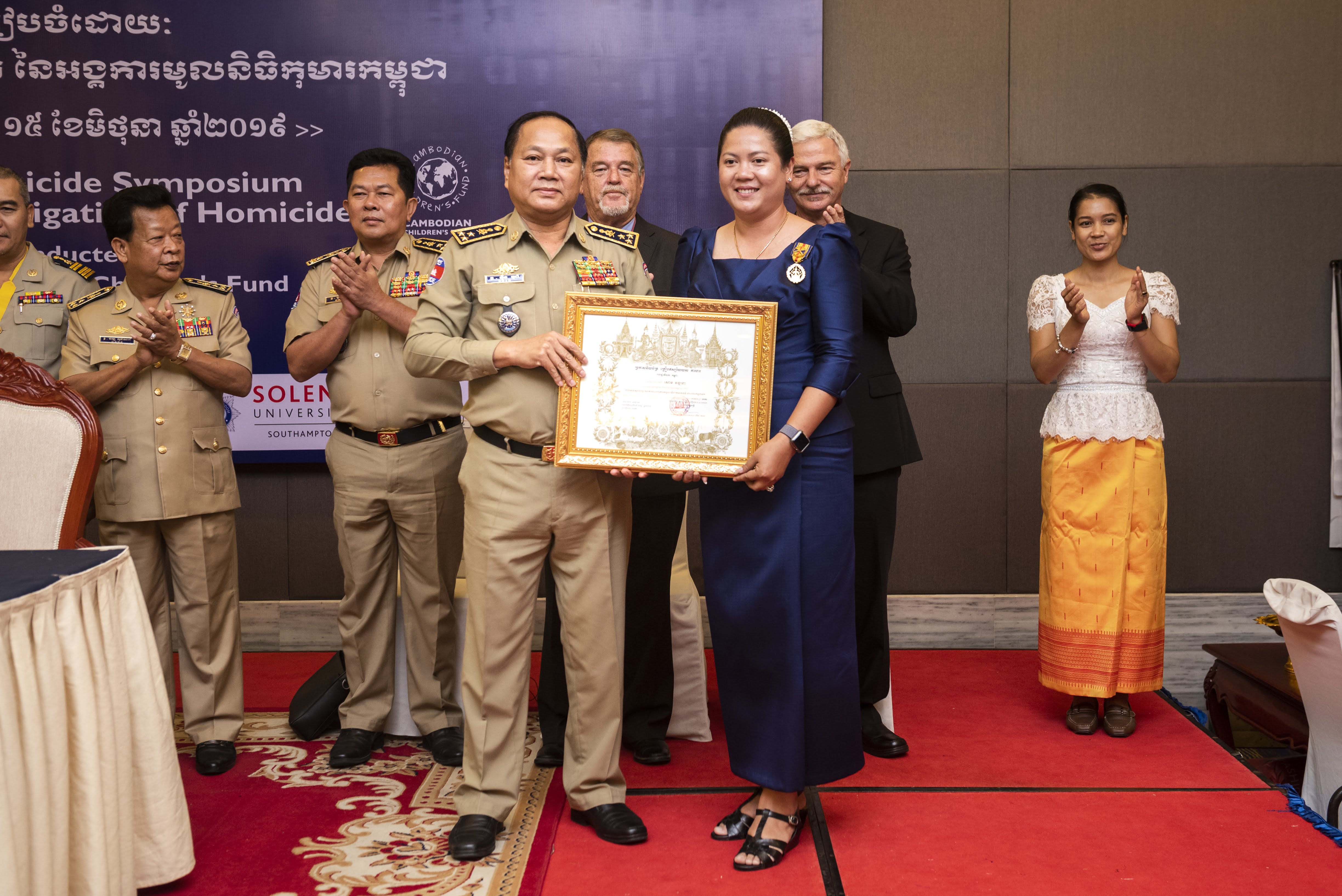 Experts John Geden, a former CCF UK trustee, member of the British police and the Child Exploitation and Online Protection Command (CEOP), who regularly provides training for the CPU, and Nigel Lee, a Lecturer in Criminology at Solent University in England and former detective who has been involved in the teaching of the CPU since 2013, both received the Mahasena (Grand Officer) of the Royal Order of Sahametrei. 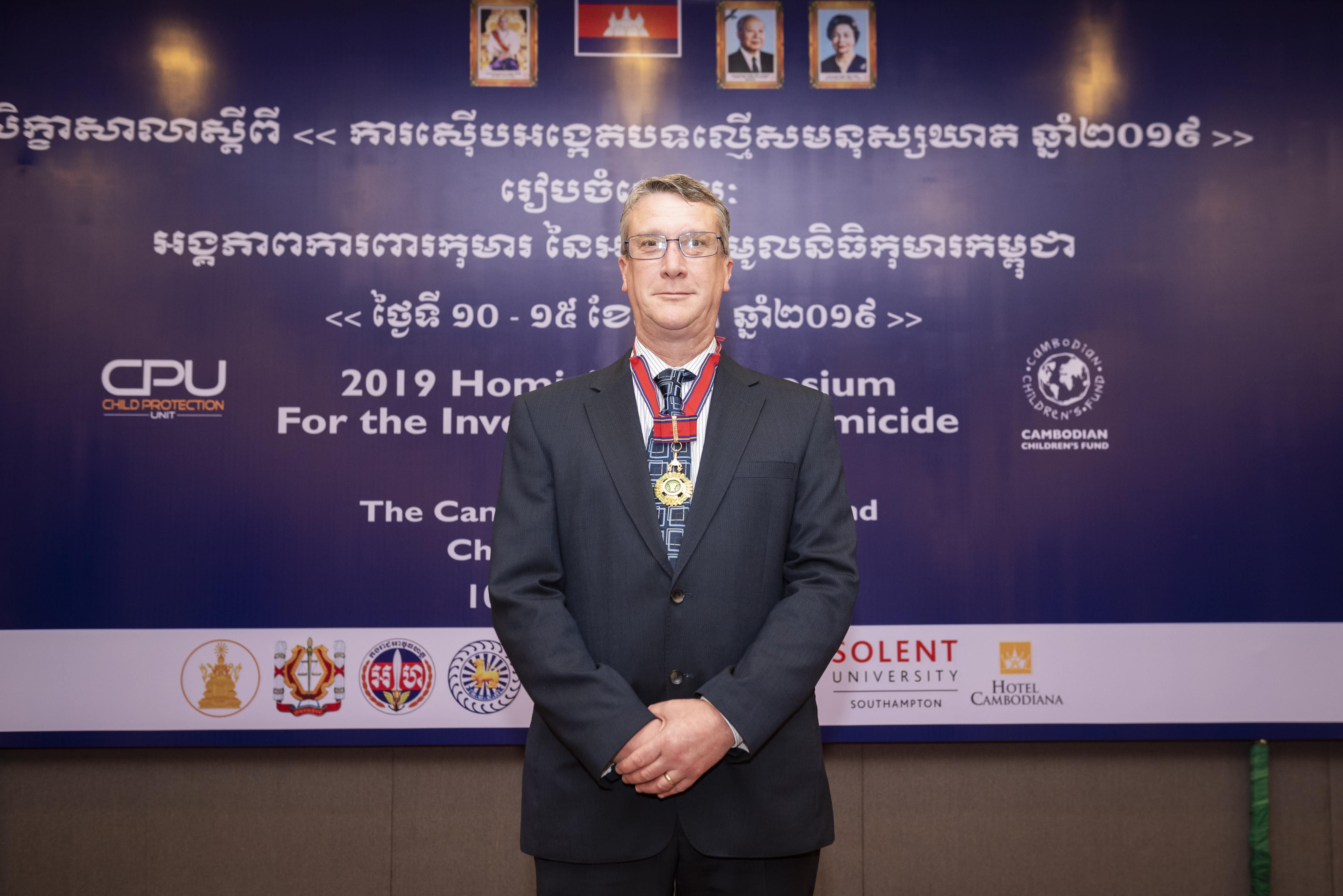 John was given his medal at a separate ceremony in Phnom Penh. 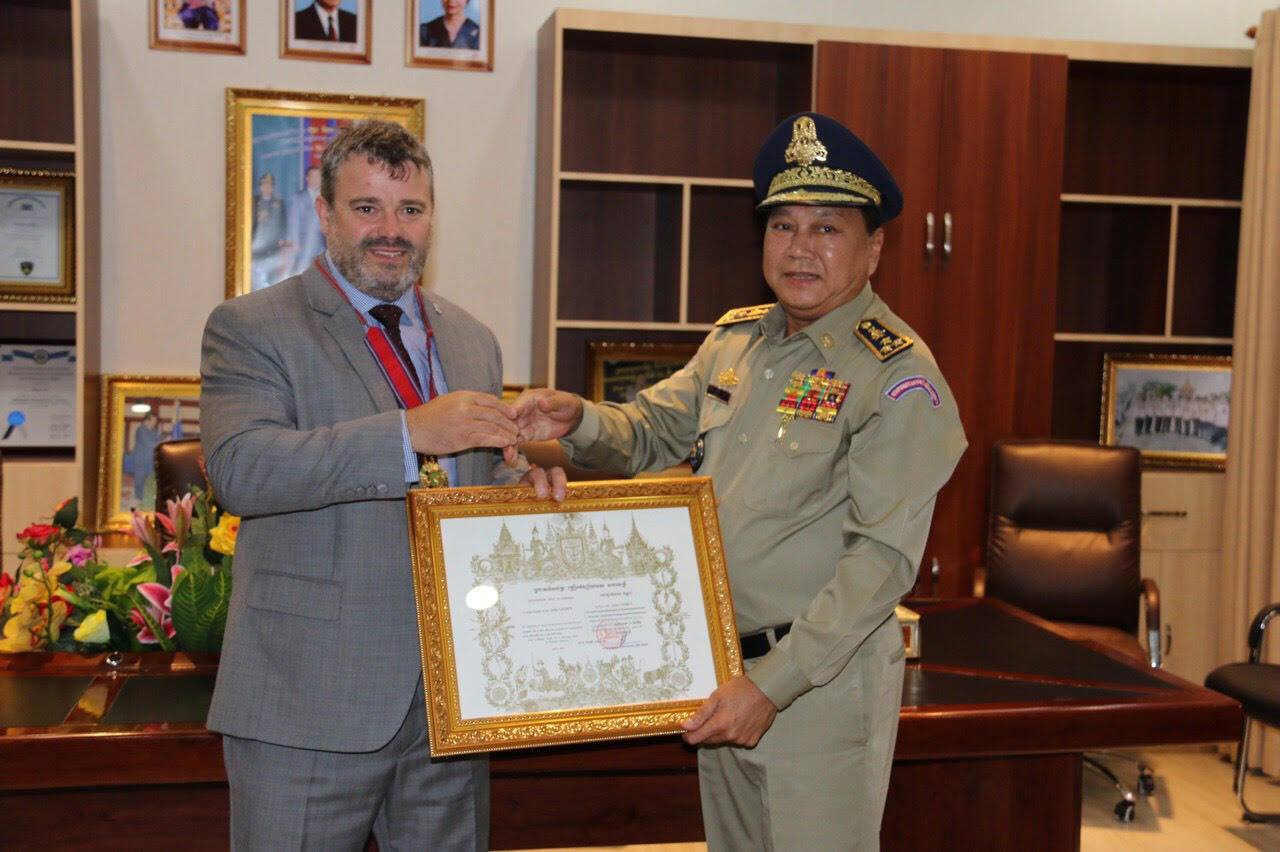 Congratulations to all 7 and thank you for your hard work and dedication in helping the CPU protect Cambodia's children and bring to justice those who seek to hurt them.