Students Rise to the Challenge at Global Youth Leadership Summit

Out of hundreds of students from a total of 25 countries, CCF’s own Makara was named the “leader of the week” at the Global Youth Leadership Summit in San Diego, California. Makara admits that he loves to talk, and he certainly isn’t shy about striking up a conversation with just about anyone. His outgoing nature – combined with his leadership skills – garnered the respect of his colleagues and the attention of the organizers. It was a huge accomplishment and one worth being proud of. Makara joined CCF almost 7 years ago. Coming from a difficult family life, he had to care for his younger brother instead of going to school. He eventually managed to receive some education at the local temple. Given the chance to attend school full-time at CCF he has truly thrived and is near the top of his English class. When he isn’t studying, he’s teaching karate, English and painting to kids in the community. Makara, along with eight classmates, recently returned from their trip with lots of warm memories and new knowledge. The annual leadership conference, hosted by the Anthony Robbins Foundation, was a demanding – yet rewarding – week. This close-knit bunch was split into separate groups and put their English language skills to the test. The students were well out of their comfort zone, but they did well and learned a lot. CCF sent its top students to the conference for several years now, and the young leaders have put what they learned to use back in their home country. The Cambodian contingent was singled out in front of 300 attendees and praised for organizing their own version of the Leadership Summit. Past leadership students used their skills to organize the popular workshop on their own for fellow classmates. As we described the event in the past: From early morning till well into the evening there were discussions and group work, competitions, presentations and challenges, individual input and collective output. There were times for reflection, for cheers and even for tears. Every group wrote and presented a drama to illustrate the key points they wanted to make: We can all help each other. Everyone has a talent. Putting yourself first all the time doesn't really get you anywhere. All who took part trod the stage and addressed either their group or the entire gathering. Everyone was a do-er.There were no spectators 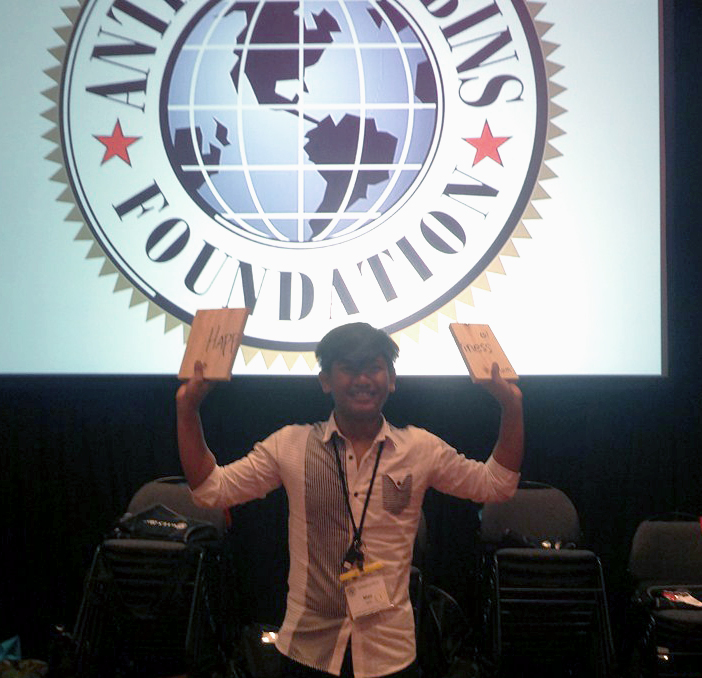