Businessman Dan Argent from Australia is taking on a tall challenge - a trek to Everest Base Camp, a 5,380m ascent, to raise money for CCF and other charities

Dan Argent needs to get himself a good pair of walking shoes. In a few months, he will be doing a lot of walking. 165,000 steps to be precise as he prepares to trek to Everest Base Camp, a 130km round trip at an elevation of around 5,380m (17,600ft) in the heart of the Himalayas. Dan, who will be swapping his urban lifestyle running his real estate business in Brisbane, Australia, for the rocky landscape of Nepal’s Khumbu region, is doing it all for a good cause. He is setting out to raise $165,000 AUD from the trek in November by asking people to donate $1 for every step he takes. Dan, 36, will be covering all of the costs to head over to Nepal and splitting the money raised equally between three causes: his own foundation in Australia and two organisations in Cambodia working with children, one of which is CCF. 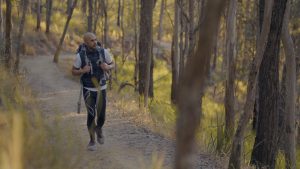 “I looked up how many steps it is over the 21 day trek, and it’s about 165,000 steps, and I thought, if we can just get 165,000 people to donate $1 each to sponsor a step, we can use that money to provide a year’s education for over 300 kids,” says Dan. “I feel so passionate about this because it’s a chance to pay it forward and to give children the same opportunities in life that most of us have had.” Dan credits his mum for his determination to help children into education. “I grew up with a single parent, and my mum worked three jobs to provide a good education for me, because she knew it was my best chance of success in life.“When I reached a point in my career where I could afford to help others, I started providing scholarships for disadvantaged kids whose families couldn’t afford to pay. I thought ‘if someone did this for my Mum, it would have changed her life, maybe she wouldn’t have had to work so hard.”

Dan, who started in real estate at the age of 20 and became the No.1 salesperson in Queensland in 2010, started his own business in 2011. But success came at a high price - his marriage and his health - which led to him reevaluate his life and goals. Last year, he set up the Butterfly Effect Foundation to provide funding to charities around the world who empower children to get a good education, such as CCF. “I believe that’s the ‘butterfly effect’, where my mum’s sacrifice meant I was now in a position to help others. What those kids go on to become is anyone’s guess, but I believe we can change the world, and perhaps one day end poverty, through education.” Dan’s business, Urban Property Agents, donates 10% of its profits to the Foundation, and the rest comes through donations and money raised through major fundraising events. His aim is to raise $10 million over the next 10 years. It was through The Tony Robbins Foundation - a generous long-term supporter of CCF - that Dan first heard about CCF, having already been working with another organisation in Cambodia, and realised it fitted in with his vision. “The work you both do in Cambodia means kids that will never go to school now have the opportunity to do so, and that’s amazing in terms of changing lives,” he says. Making it to the base of the highest mountain in the world requires both physical and mental strength, with even the fittest people defeated by altitude sickness. “I’m sure the trek will be physically hard, and given I had excruciating back pain two years ago and could barely walk without painkillers, it’s quite a personal achievement to even be considering a trek like this,” says Dan. 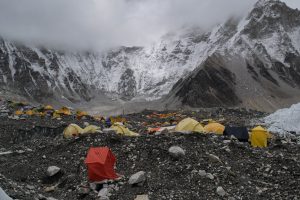 With two treks under his belt already - on Maria Island in Tasmania and the Milford Track in New Zealand - is in training ready for his biggest test yet, he is walking every day and traipsing up and down Mount Coo-Tha in Brisbane (297m, 974ft) with their Everest guide to get used to uphill hiking. “I’m excited because it’s a bucket list thing to do, and I think the sense of achievement will be amazing. I’m also excited because by doing the trek, I can help to change some people’s lives, and that makes it even more special.” If Dan hits his $165,000 AUD target for the trek, CCF will receive around $55,000 AUD ($37,000 USD) He hopes to later visit Phnom Penh and CCF to see how the money will be used to help children and families living in one of Cambodia’s most impoverished areas. “A huge part of what drives me now is what I can do for others, rather than for myself,” says Dan. 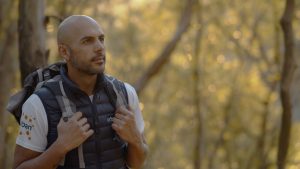 “I have achieved every financial goal I’ve set, and changed my life from the poor conditions I was born into. Just over a year ago, I found myself with everything I’ve ever wanted, but nothing that truly mattered. “By running my own business, and performing at a level which placed me in the top 0.5% of all agents in Queensland, I was basically doing two full-time jobs, and the cost was my health and my marriage. That’s when I learnt success without fulfilment is the greatest failure. “Since then I have become the healthiest and fittest I’ve ever been, I no longer sell - instead I’m now focused on building my company and the people within that company, and the driver for all of this is our ability to make a difference in the world.” Support Dan’s trek and raise money for CCF here www.sponsorastep.com.au Hear from Dan click here Kate Ginn/CCF