CCF university student and intern shines at football event and scores a trip to Dubai with Cambodian star player Prak Mony Udom CCF student Seng Saray is currently studying tourism at university and interning as an education assistant with CCF. But in his alternative fantasy life, he would be a professional footballer playing at one of the biggest clubs in Europe. It might still be a dream, but Saray has taken one step closer after his talent with the ball got him noticed at a friendly football match held in Phnom Penh by CCF's partner Happy Football Cambodia Australia (HFCA). Saray, 21, was picked as Man of the Match - the best player on the pitch - by Cambodian national team footballer Prak Mony Udom, who happens to be his hero. 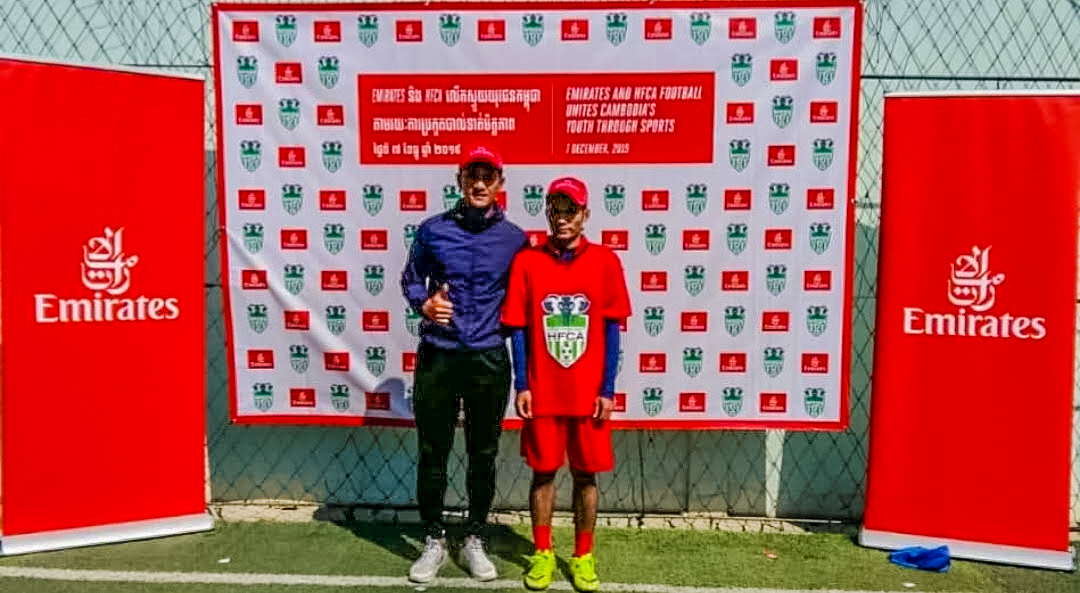 His prize is an all-expenses paid trip to Dubai in the Middle East with Prak Mony Udom and a chance to experience a professional football tournament in the United Arab Emirates. “I was shocked when they said my name because I did not expect to be selected,” says Saray, an unassuming, polite young man. “I am too excited and cannot wait to go to Dubai. I am looking forward to watching a game but also seeing the tall buildings and expensive cars.” Saray’s success is quite an achievement considering where he has come from. He didn’t even kick a football until he was almost 10 years old, having not had the chance to participate in any sport. The youngest of six children, Saray grew up in Prey Veng - one of Cambodia’s poorest provinces where farming is the only industry - and lost both his parents within a few months of each other by the time he was five. He ended up staying with an aunt in Phnom Penh, who, in need of support, took him to CCF when he was eight. It was through CCF that he discovered sport and a passion for football. “I didn’t know that I loved football, I didn’t know about sport,” says Saray. “My friends said I should go to football training. I enjoyed it but at first, I didn’t do well but I tried. I can still remember my first proper match on real grass. “My friends encouraged me and I started to take it seriously, to play and practice. HFCA (Happy Football Cambodia Australia) selected students to be involved with them and I was one of the top five.” In 2017, Saray, who plays in midfield, was picked to represent his country at the Homeless World Cup in Norway. 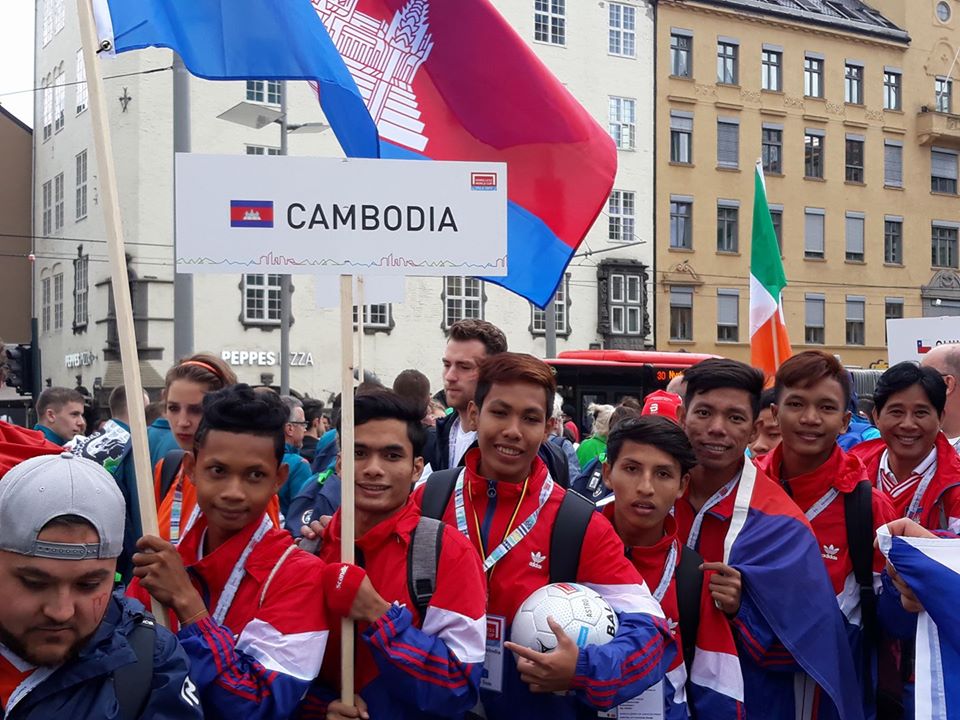 CCF Founder and Executive Director, Scott Neeson, attended the tournament to cheer on the team. 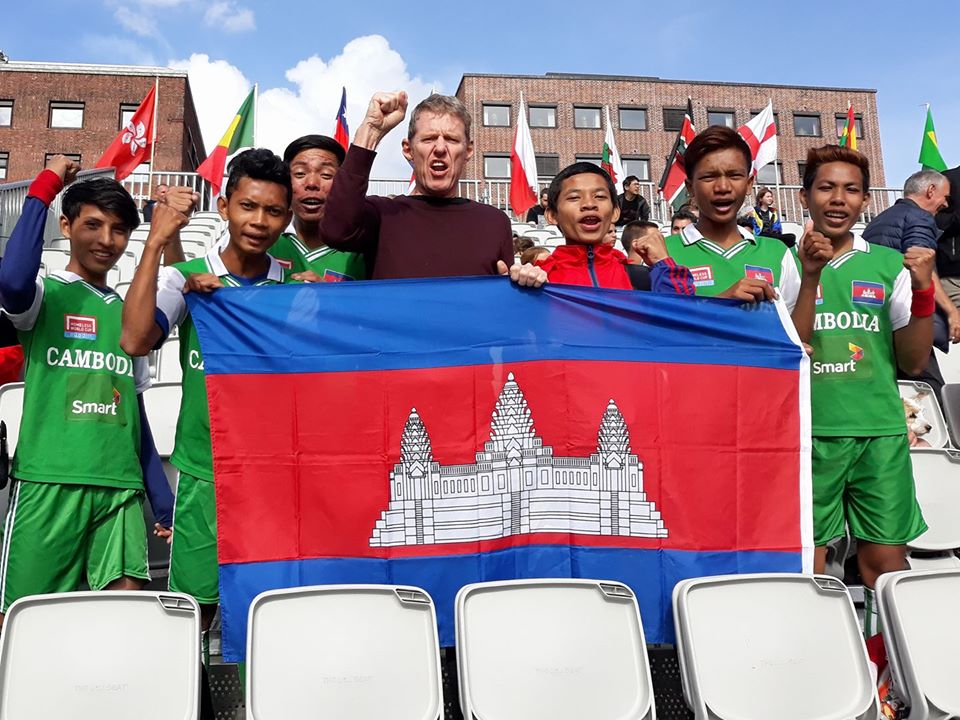 Saray is no doubt that football has been a transformational influence in his life, instilling values of teamwork and responsibility, as well as having positive physical, emotional and mental effects. “I was one of the poorest students. I was bullied when I was young. Now that is in the past. Sport, and CCF, has changed my life,” he explains. His big chance to impress his idol Park Mony Udom came when HFCA organised a friendly match for players from its Academy, held with Emirates airline. Udom, 25, who plays for Cambodian League Club PKR Svay Rieng FC and is a star player of the national team, having been voted Player of the Year in Cambodia in 2017, refereed the game and noticed Saray shining on the pitch. “I am delighted to be able to share my personal experience and pass on my knowledge of football to a new generation of Cambodian players,” says Udom. “Football is one of the greatest uniting forces in the world.” Saray, who is in his first year of a tourism degree at the Royal University of Phnom Penh and lives in a rented house with support from CCF, is enjoying working at CCF, where he can relate to younger children in the same position that he once was. He likes being a mentor and role model. 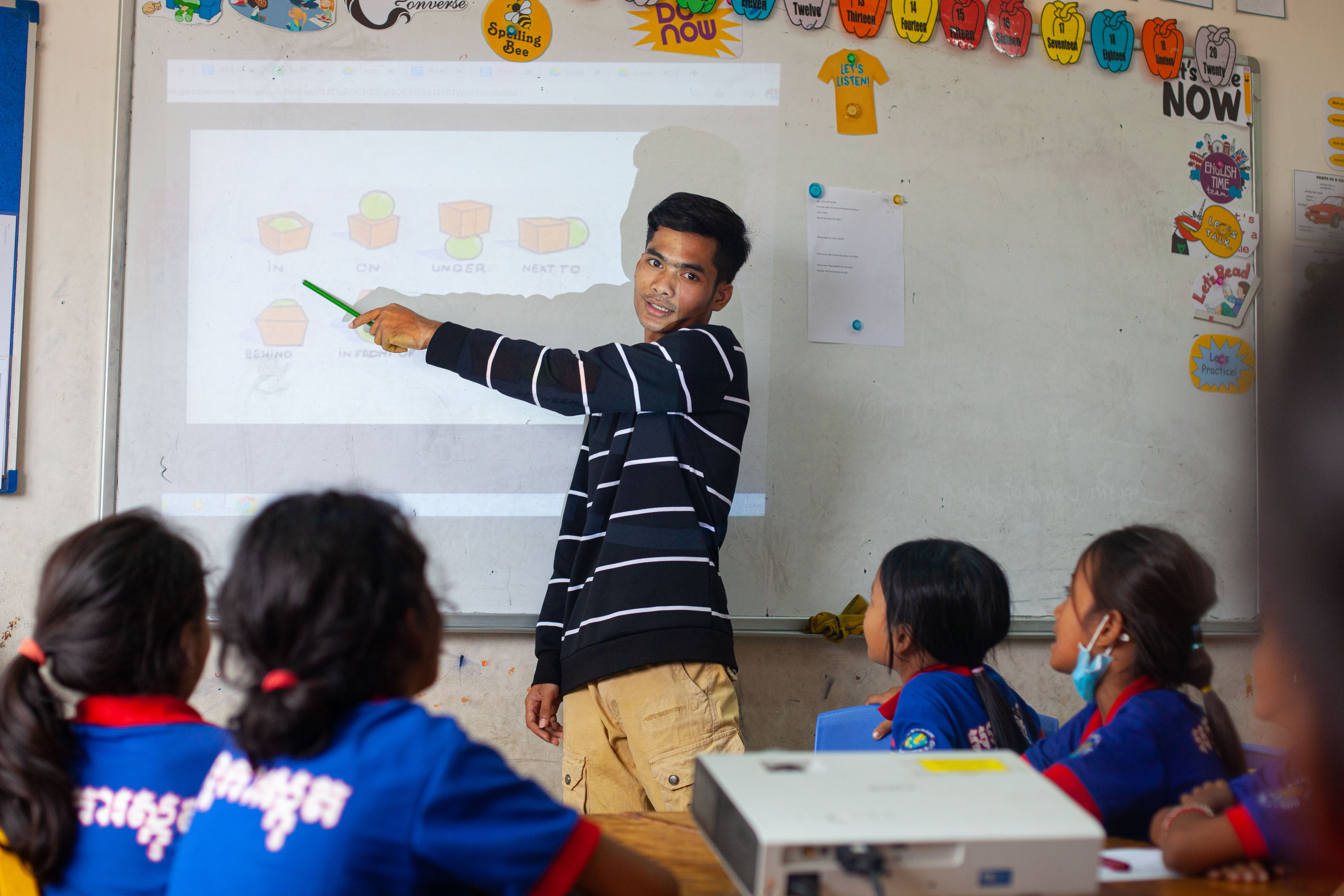 Now, he's been busy preparing for his once-in-a-lifetime trip to Dubai, leaving on February 26. As well as seeing a football game, he also hopes to make it up the tallest building in the world, the 829.8m Burj Khalifa. Saray has other ambitions. He supports Real Madrid football club and would love to play for them one day, although he’ll settle for watching them play. He is, however, realistic about his chances of making it as a professional footballer. And he does have contingency plans. “I will do my Master’s and become a hotel manager,” he says. “But I will always play football whatever happens.” Kate Ginn/CCF