To mark a decade of partnership, CCF and Happy Football Cambodia Australia (HFCA) held a special event to celebrate the important milestone. 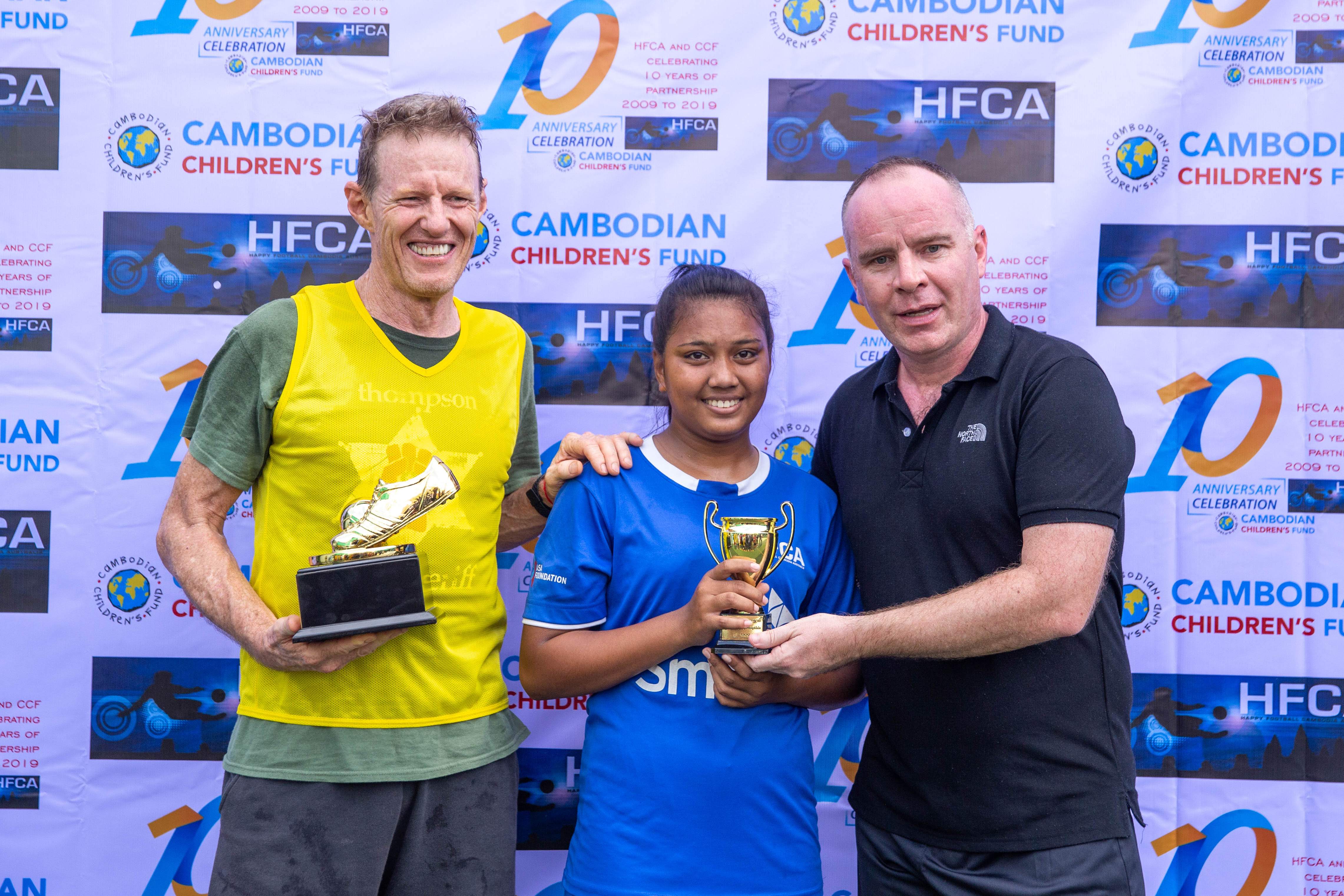 What better way than on the football field with a one-off match with a team from CCF, including Founder and Executive Director, Scott Neeson, taking on HFCA. 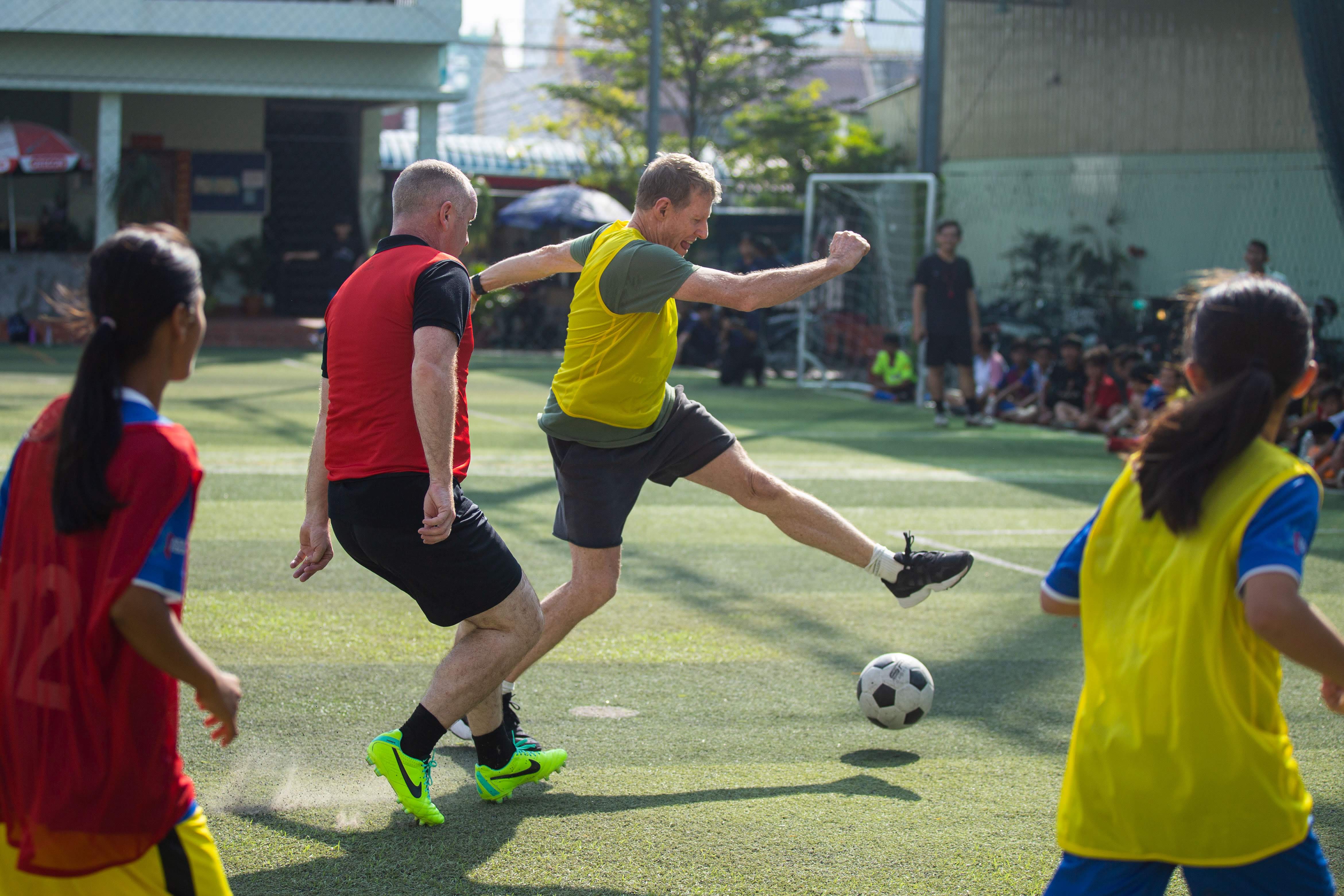 CCF and HFCA started their journey together back in 2009 and in May this year scored a hatrick by extending the partnership for a third time, signing an agreement to continue as a team until 2021. HFCA, which was formed in 2005, works with disadvantaged youth in Cambodia, funding football programs in Phnom Penh and Siem Reap. CCF students - boys and girls - attend weekly football camps in Phnom Penh, learning not only football but vital life skills that can be used off the field, such as leadership and teamwork. Four CCF students also travelled to the UK in July after being picked to represent Cambodia in the football Homeless World Cup 2019, in a team put together by HFCA. To celebrate the 10 year anniversary of CCF and HFCA went head-to-head on the pitch in a friendly match with a competitive edge, which saw both Scott (pictured in yellow jersey) and Paraic Grogan, Founder and Chief Executive of HFCA, (in red jersey) turn out on opposite sides. 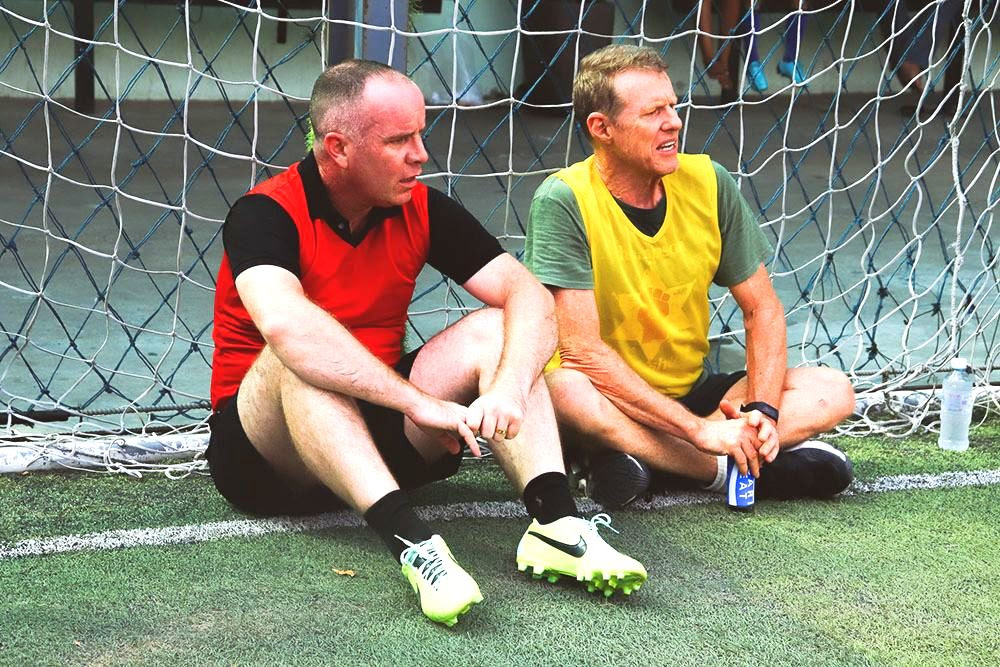 The match ended 3-3 with the HFCA and CCF boys and girls enjoying playing football with and against Scott. 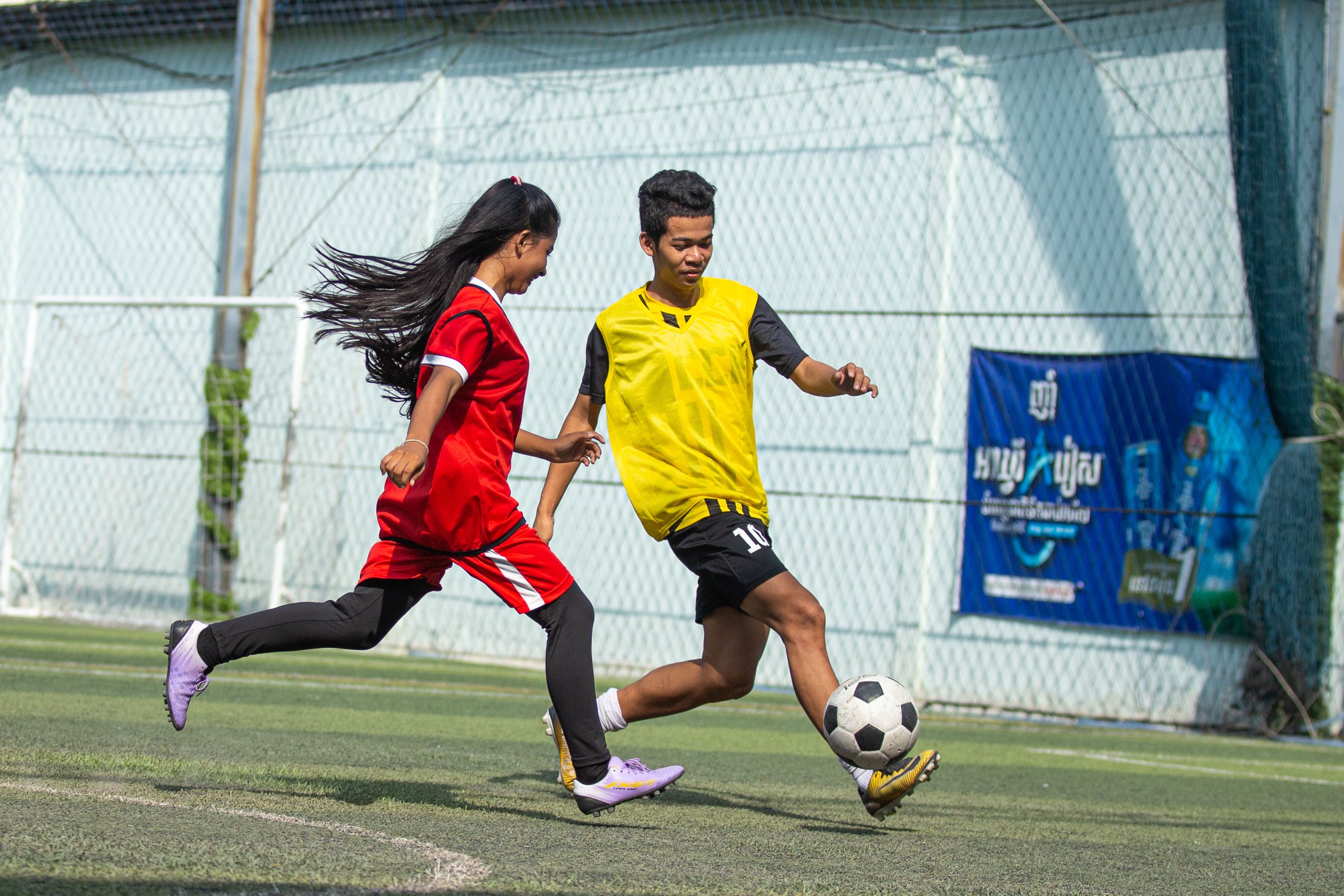 Afterwards, HFCA presented CCF and Scott with a framed photo from the 2017 Homeless World Cup in Oslo, a tournament Scott attended to support the Cambodian team as they took part with 47 other nations. As a proud Scotsman (born in Scotland), Scott was delighted to receive the present showing the Cambodian team with the Scottish squad in Norway. 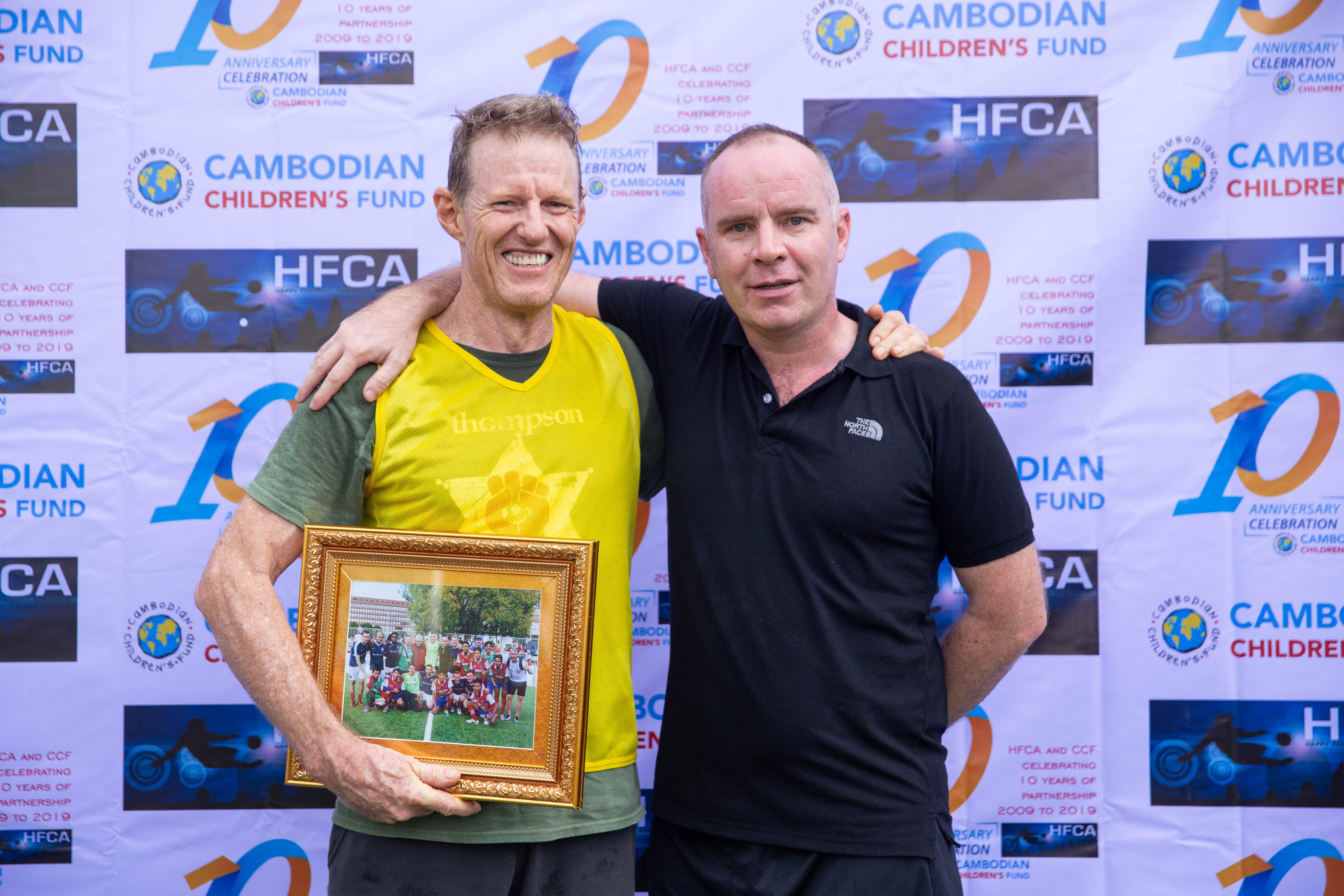 "It has been a very rewarding 10 year relationship with Happy Football Cambodia Australia,” said Scott Neeson. “Seeing our CCF students have the opportunity for teamwork, exercise and to stretch their competitive abilities is a joy. We are looking forward to the next 10 years of partnership.” Paraic Grogan said that CCF and NCA share a belief that it takes a long-term commitment to have real, significant impact in the lives of underprivileged young people. “There is very rarely a quick fix,” he said. “We sincerely hope this first decade is not the last and look forward to our next football match in 2029 when Scott puts on his boots and showcases those football skills he picked up on the streets of Edinburgh to celebrate another 10 years changing lives.” Kate Ginn/CCF