ONE OF A KIND | Cambodian Children's Fund

ONE OF A KIND

Ty Chea, a real estate agent based in Australia, is a CCF champion, sponsoring a CCF child and raising more than $35,000 through fundraising campaigns to help impoverished children in Cambodia, the country of his birth. A long-time advocate for CCF, Ty Chea has single-handedly set about raising money and awareness of the plight of some of Cambodia’s most underprivileged children and families. 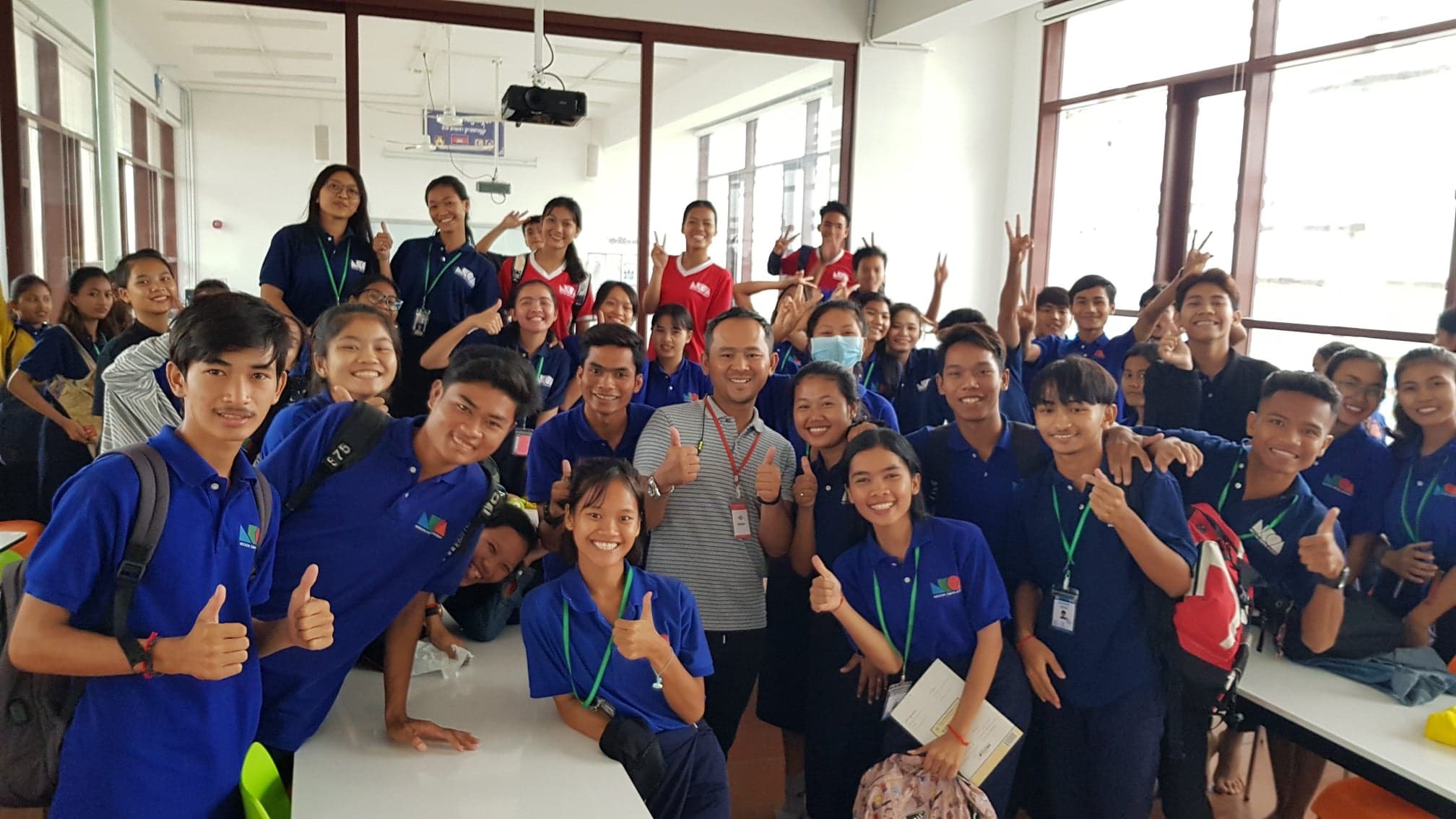 As well as being a CCF child sponsor, Ty, who works as a real estate agent, has raised thousands of dollars to help CCF’s work by donating commissions from his house sales and funds from other fundraisers. He has also recently set up a #KindnessIsKool campaign to encourage others to join his efforts. Ty, from Melbourne, Australia, feels an affinity more than most with the children that his fundraising helps. He was born in Cambodia and his family survived the brutal Khmer Rouge regime, eventually emigrating to Australia in 1983 after living in a Thai refugee camp for more than two years. “I was born in 1975, so I’m what you call a ‘war baby’,” says Ty. “We went through things as you see in the movies but being a baby, I couldn’t recall it, but mum and dad told me stories. “We were refugees in the Thailand camp, known as Khao-I-Dang, and we stayed there for two-and-a-half years before we got sponsored to Australia. I remember being in the refugee camp.” This early experience - and stories told by his parents of life under the Khmer Rouge - gives Ty some insight into the conditions of deprivation that children and families live in the Steung Meanchey communities where CCF works.

“I could easily relate to any of the kids there. It could have been me,” says Ty.

“I am Cambodian. I was once a hungry kid. I love my country of birth.” Ty cite’s Scott Neeson, CCF Founder and Executive Director, as his inspiration and says he was moved to get involved after watching the story of Scott and CCF on ABC’s acclaimed documentary series Australia Story (Click here to view episode). 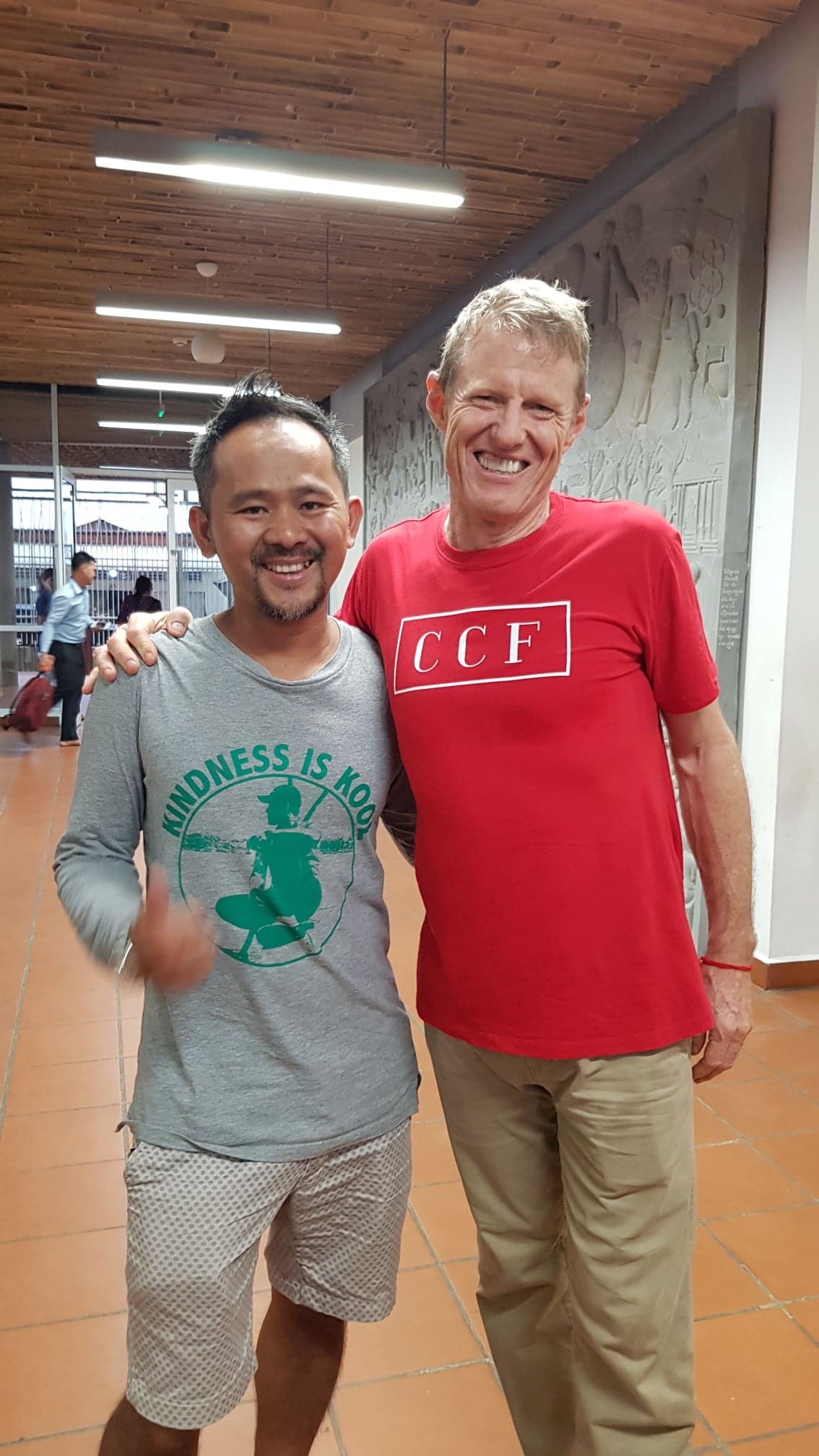 “It just struck a chord, to see somebody so high up in terms of achievements to give it all up and help the people where I was born, it was just so touching” says Ty. “Like anything, especially with a charity, you want to know all the money is going to the right places, but you also judge an organisation or company by its leader: what’s their story, their intention, and also just a gut feeling, whether you can relate to their story. And with Scott, here was a very special person.” In February 2015, Ty started sponsoring a CCF child. “If you’re in a position to help somebody and make another person’s life better, why wouldn’t you do it it?,” he says of his reason for becoming a CCF sponsor. “Also, I knew it was going to make me feel good to help somebody.” 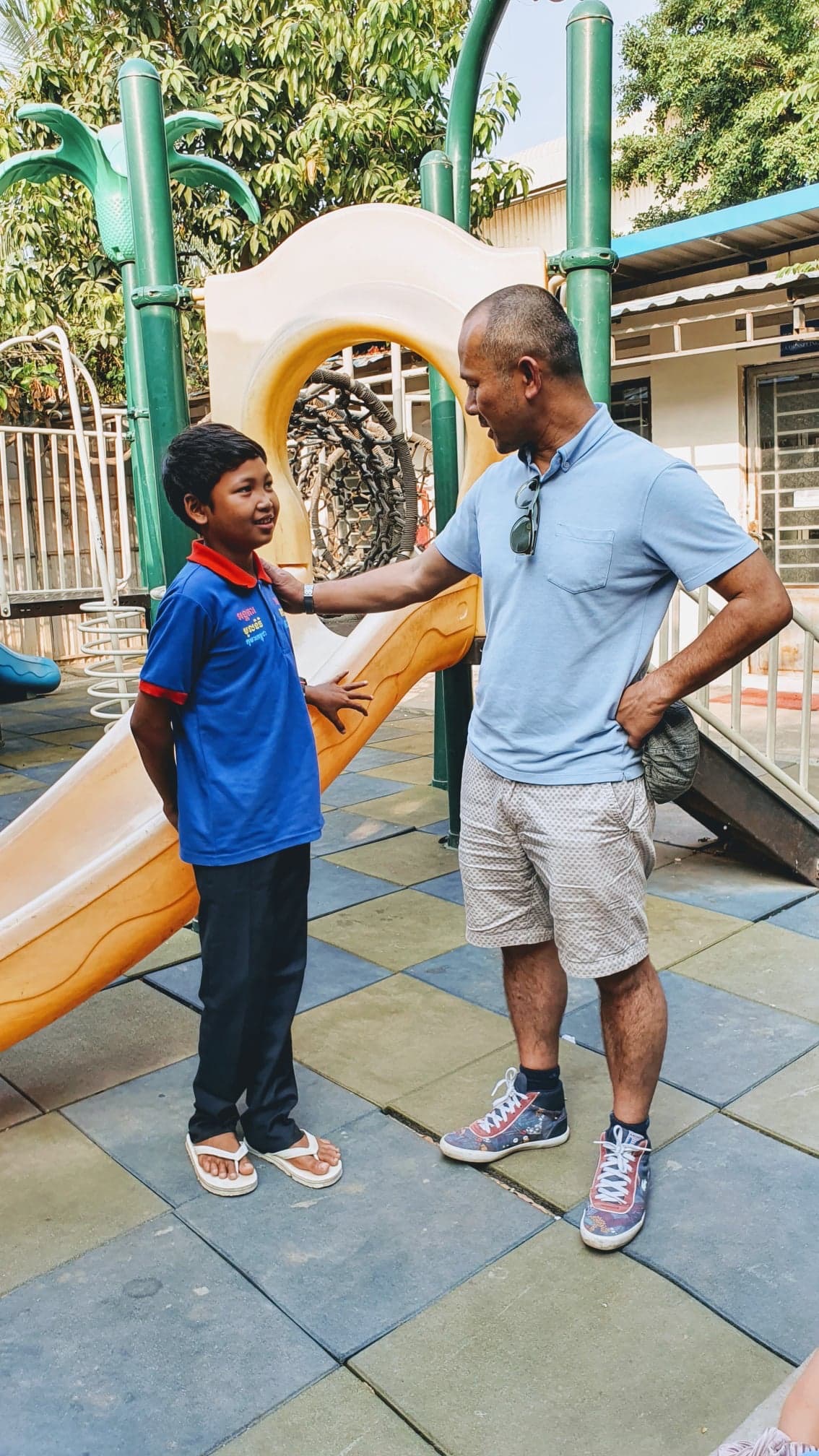 To those who might question why he doesn’t help a local charity in Melbourne or Australia, Ty is unequivocal in his belief that CCF was the right choice for him. “I sometimes use social media to inspire other real estate agents to sponsor a child. I say you can sponsor a child from Greece, Afghanistan or Cambodia, it doesn’t matter, what matters is the connection, what’s the story behind it. “My story is that I’m Cambodian. Sometimes when I feel guilty that I’m not supporting a local charity, I think that the world is getting smaller and smaller. I can be a good Australian citizen, plus a good global citizen. If you help a child, you help a child, it doesn’t matter where they’re from.” A friend of Ty’s has just recently become another CCF child sponsor. In January, before the COVID-19 pandemic restricted travel, Ty made the trip to Phnom Penh to visit his sponsored child, Sok Long, bringing his nieces from Melbourne with him. As well as building on the developing bond between Ty and Sok Long, the visit reaffirmed Ty’s belief in CCF and his continued drive to champion the cause. “I just want to create an opportunity for them [CCF kids],” he says. “I want to give them an opportunity to have the basics in life, which is safety, education and food. “This couple of years has been a struggle for me financially but those things are the things that make me want to keep going also. I’d rather give up my car, I love watches, I’d rather give up my watch, but I wouldn’t give up trying to help them.” For several years, Ty has donated his commission from the sale of one house at auction each year to CCF, generating around $35,000 AUD through the sales and external donations so far. Though times have been hard, he is committed to continuing to support CCF, describing it as a motivation and “one of the reasons for getting up in the morning” and going to work. Ty has also just started a #KindnessIsKool campaign, encouraging other people to carry out altruistic acts and give to others, in whatever way they can. With friends, Ty managed to raise funds to buy 4.5 tonnes of rice for CCF. He hopes to spread the word about #KindnessIsKool and initiate a movement in Australia and beyond.

“I try to give that message, that ‘Kindness Is Kool’, that it’s a pretty cool thing to do, to help someone.”

He has every intention of continuing to be vocal about his efforts to help CCF and engaging other people to do their bit and consider supporting CCF or other charities. “I always want to ask this question: ‘Should we do charity in silence?’,” says Ty. “People say ‘Why are you telling people that you do charity?’, and I say that I do it for a reason. My ability to help is small but if I can share the story and inspire two, three, four and five other people, which I have, and they’ve donated to CCF, then I’m going to boast as much as I can. “You can’t inspire people through silence. You’ve got to inspire by sharing or telling stories.”