Press Release Sept. 17, 2014 - Cambodian Children’s Fund today opened a new community-based education facility in Phum Russey, one of Phnom Penh’s most impoverished areas, at a ceremony attended by dignitaries and students. The community school provides nearly 200 children in the area with a diverse, quality education. The school, named The Rice Academy, was generously funded by John and Cammie Rice. John is the GE Vice Chairman. Cammie, a long-time CCF supporter, serves on CCF Hong Kong’s board. Both attended today’s opening ceremony. The ceremony was presided by His Excellency Hang Chuon Naron, the Minister of Education. Also in attendance was CCF Executive Director Scott Neeson, His Excellency Sun Chantol, the Senior Minister of Commerce, and Julie Chung, the Deputy Chief of Mission of the US Embassy. “We are enormously grateful to John and Cammie for giving CCF and this area a much-needed education and community hub,” Neeson said. “Our community-based education model is a proven success in providing a top-tier education while supporting the students’ families. The Rice Academy takes this model to a whole new level.” John said, “Cammie and I have deep respect for the people of Cambodia and the work being done by the CCF team to help them prepare for a better future. Education is the foundation for this effort, and we are grateful for the opportunity to add another school as the CCF mission expands to reach more children." The new community school is part of the CCF’s community education program and provides a full-time education to students in the Phum Russey Village near the old Steung Meanchey garbage dump. All students will attend both public school and the CCF education curriculum, including English, computer studies and community activities. This approach won CCF the 2012 Wise Award for “one of the world's best initiatives in innovative education.” In addition to an education, The Rice Academy provides a range of community services, including kindergarten, washrooms, medical access, a nutritional food program and fresh water. Additionally, through CCF’s association with Canada-based World Housing, nearly 100 new homes will be provided to the most in-need families. The first community of 62 homes is near The Rice Academy.

Founded in 2004, Cambodian Children’s Fund provides life-changing education, nourishment and healing to vulnerable children from some of Cambodia’s most destitute communities. CCF cares for more than 2,000 students and 10,000 people annually, providing to entire families and communities in crisis. For the children of the Steung Meanchey area of Phnom Penh, education is their lifeline out of poverty and CCF offers an award-winning education aimed at providing hope, opportunity and security. Photo captions: Cutting the ribbons, from left to right, is His Excellency Sun Chanthol, John Rice, Cammie Rice and His Excellency Choun Naron. Students opened the ceremony with a traditional dance. 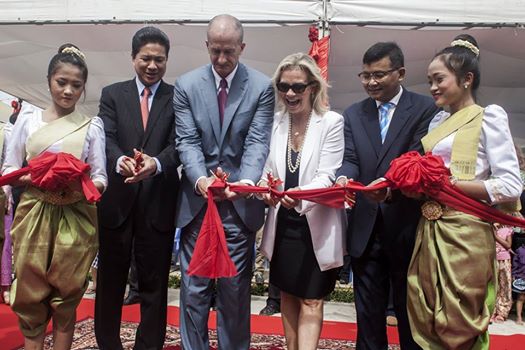 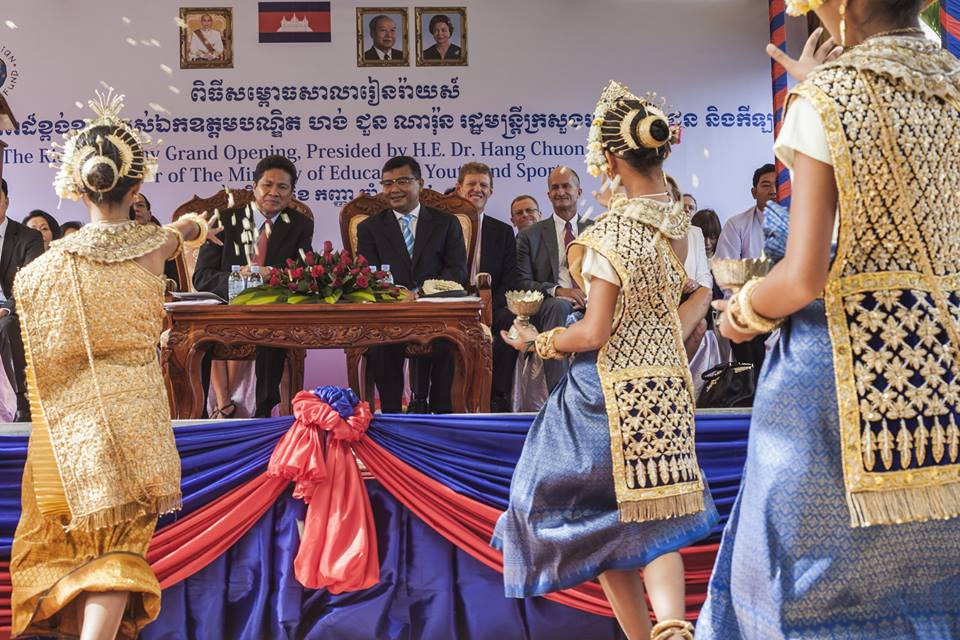