Pierre Perusset, General Manager of The Ritz-Carlton, Hong Kong, describes in his own words the joy of sponsoring a CCF child and his experience of visiting CCF for the first time

The story of a lotus flower. 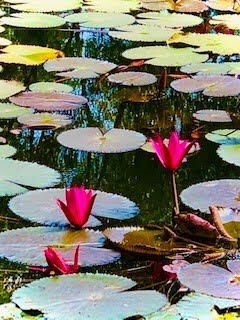 With its roots based in the mud, it submerges every night into murky river water, and, undeterred by its dirty environment, it miraculously reblooms the next morning without any residue on its petals. Well, this is what the Cambodian Children’s Fund (CCF) in Phnom Penh has created these past 15 years under the helm of Scott Neeson. How It All Started Initially, I was introduced to CCF many years back by NiQ Lai, Co-Owner & Group CEO of HKBN (Hong Kong Broadband Network Ltd). I attended a few events that he invited me to, however it took a bit of time for me to fully understand what CCF was all about. NiQ was very perseverant in ensuring that I did understand the purpose of CCF and for that, I thank him, as finally I became involved and I am now able to play a small part in this truly wonderful education program founded by Scott. Visiting CCF Facilities I was in Phnom Penh this year for the Chinese New Year weekend and my intention was to visit CCF and my little girl Reaksmey, now aged 16, who I have been sponsoring for a few years with the main purpose to provide her education. On Friday, February 24, in the afternoon, I visited CCF founded by the incredible Scott Neeson. Scott left his high position in Hollywood 15 years ago, sold all his assets and created this amazing educational universe building various schools, housing complexes for families, a free for all medical clinic and community center etc, giving more than 2,000 children and families the opportunity to totally change their life for the better, and prioritizing education of children. As I was visiting one of the primary schools built by CCF, I observed a smiling middle-aged lady entering the school with a big sort of bag and a few empty bottles in it. As I watched her, she filled up her few bottles with water from the school filtered water fountain and left happily after that, still smiling. As you can see, not only is education provided by CCF facilities, but even basic needs such as water, and also a daily dinner for children really in need of food. Meeting Reaksmey

Finally, I was going to meet my little girl, Reaksmey, now 16. It was the first time since I started sponsoring her almost three years ago that I was going to meet her. We Skype each other every so often and we write to each other as well exchanging pictures etc. My own children also occasionally interact with her from time to time. I was visiting one of the schools. I didn’t know Reaksmey was at that particular school that day and neither did she know that I was visiting that school at that time, but by pure chance and destiny, she spotted me through a classroom window and ran out of her class. There she was together with 12 other girls. She screamed my name and ran to me and hugged me tight. We hugged each other for a long time. It was a rather emotional moment and it was so hard for me to keep my tears from flowing. Then all her school friends came to meet me as well, full of laughter and warm smiles. This was such an intense moment, such a great meeting. The following day, I arranged to meet Reaksmey again for lunch, shopping etc, with her mother and also another little girl, five-year-old Lin, who my Hotel Manager, Nick Liang, and wife Mindy have been sponsoring for a few years.. Of course the story does stop here. The next stop for Reaksmey is for me to ensure I support her so that she can attend, in a year or two, university in Australia via the program provided by CCF [a scholarship program with Trinity College, University of Melbourne]. My philosophy behind assisting Reaksmey and others is the following: “You give a poor child a fish and you feed that child for a day. You teach that child to fish and you give him or her an education which will lead to an occupation that will feed her or him for a lifetime.” ( Chinese proverb) . The Walk Of A Lifetime 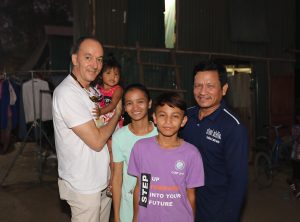 On an early evening, CCF's founder Scott Neeson took me for a walk through the garbage dump and local area. What a scene: an unusually poor area yet covered with love. I met many kids, families, a 100-year-old lady, living in extreme poverty in what they call a house but is really less than basic. Some live in a tiny cabana, with no AC, surrounded by dogs and chickens. We visited one, very old lady who is very active in attending free evening courses provided by CCF. She was so wonderful and full of life, despite the fact that her accommodation was a tiny cabana with her bedroom outside [under the house] with a metal bed frame, no mattress or cover, just beside the huge garbage dump. During the rainy season, the area must at least partially flood. One little girl in such a house was lying on a bed, completely immobile, sick with zero comfort. A 15-year-old boy nearby, living with at least five family members was also ill, feeling pain in his bones. A family was struggling to pay the USD $35 monthly rent of their fragile accommodation. CCF, via Scott, is helping all of them and more. Despite those extreme conditions, the warmth, smiles and love from those people, especially the children of all ages, is overwhelming. People and children in those areas are spreading love like I have never seen before. What a contrast to our world, to our cities, where people are becoming magicians, hypnotized by their mobile devices, making everyone around them disappear. Smiling to others no longer exists, and greeting other humans is forgotten. In our modern world the stress caused by the need to be successful and wealthier is, little by little, erasing human values. There in Phnom Penh, in that great dump area and all the CCF schools, love and kindness is so incredibly contagious. The smiles and warmth of all the children is something you rarely see nowadays in any society, especially in a rich environment. Spreading The Love Visiting CCF schools and facilities, I held so many tiny kids' hands, shared so many hugs, gave so many kisses, carried and held so many little children full of joy, laughed together and walked with them. The smiles they carry, the joy they express, the love they spread, is gigantic. I have never had a day like that in my life previously. Extreme poverty but loads of hope and real education provided by CCF, via Scott and his team, and all the generous donors around the world. Basically what Scott Neeson created by founding CCF is a multitude of lotus flower ponds with children coming out of the mud and becoming beautiful flowers. You too can become a gardener and transform muddy water into beautiful lotus flower ponds. You can sponsor a child, sponsor a granny. Do it now ! You will love it. 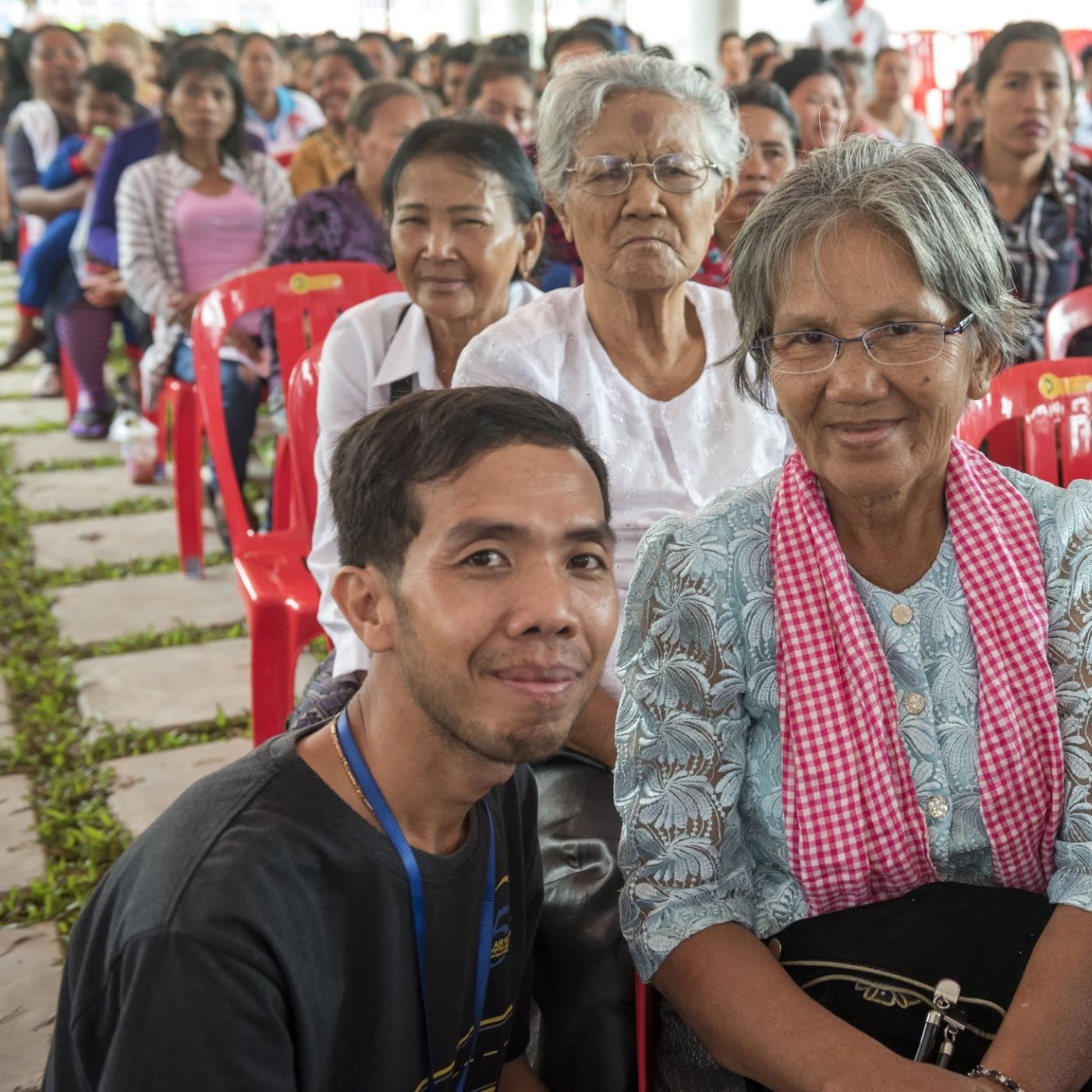