Guest Post: Hope and a School Rise in Cambodia

The following is a guest post by Fraser Cameron - the President and CEO of Velcro Companies - about the Neeson Cripps Academy, a landmark education facility gifted by Velcro Companies to CCF and the children of Steung Meanchey. As I look out over the tract of flat, reddish-brown field, it’s hard to imagine that just a few months ago it was part of one of the largest garbage dumps in Phnom Penh, where children scavenged amid toxic fumes and fires from burning methane. 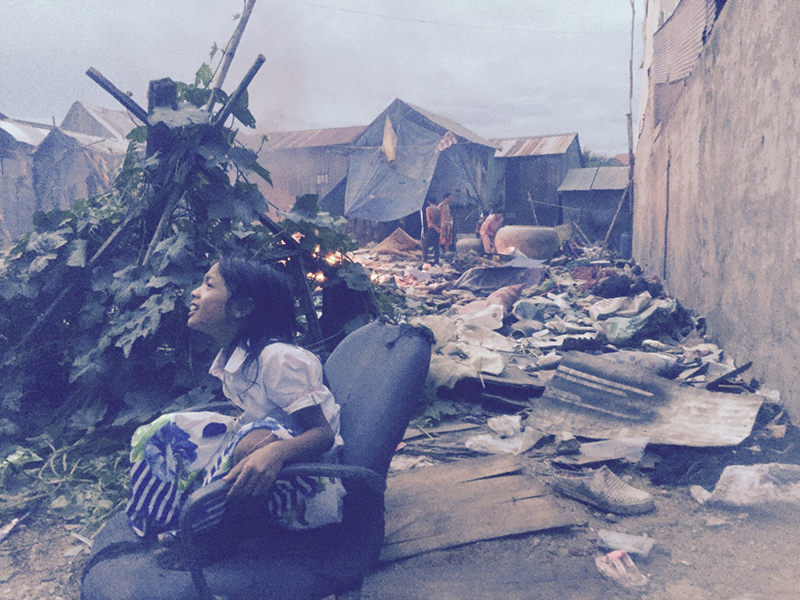 Today, the field is being transformed. It soon will be the site of a private school — the Neeson Cripps Academy — that will offer free education to approximately 500 children who once foraged the notorious Steung Meanchey landfill to make a living. 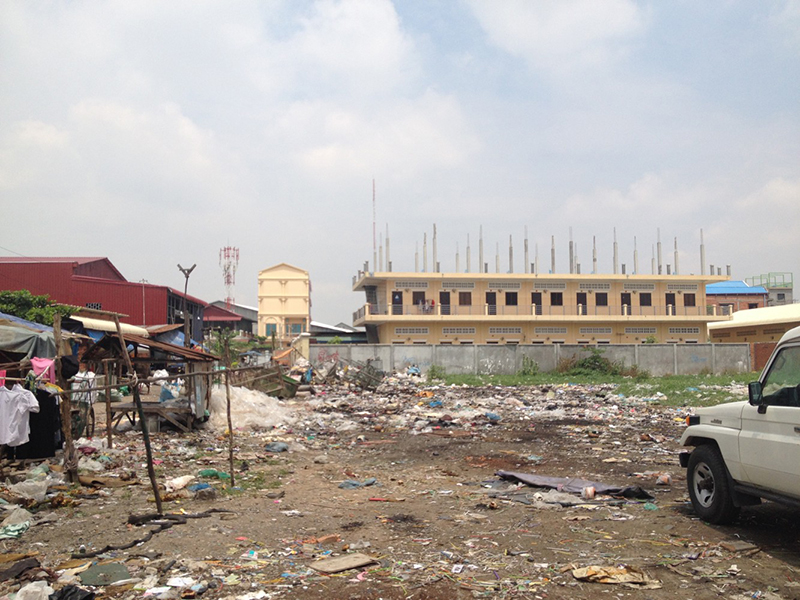 Construction of the school marks a major milestone for the Cambodian Children’s Fund (CCF), a ten-year-old nonprofit group that provides education and support services to children and families in one of Cambodia’s most impoverished communities. Today more than 2,300 students are enrolled in its education program, and its food and housing programs ensure that choosing a great education for these students is never at odds with the economic interests of their parents.

When completed later this year, the five-story Neeson Cripps Academy will offer a new level of science and technology education in Cambodia. The school will focus on teaching STEM (Science, Technology, Engineering, and Mathematics) subjects and building skills in digital technologies, and every high-school student enrolled in CCF’s education program will use the facility. It will also serve as a center for teacher training and a hub for the local community.

Velcro Companies provided the funding for construction of the school, which is named in honor of Scott Neeson, the visionary founder and executive director of CCF, and Robert Cripps, a former chairman of Velcro Companies who was instrumental in providing early support for Neeson’s work in Cambodia. We have funded programs at CCF for the past four years, and from that experience we’ve seen how an investment in education and nutrition programs can have a significant impact in the lives of children and their community.

A groundbreaking ceremony for the school was held on August 25, and it was an honor for me to be there. It reminded me that my life was changed by a scholarship provided by a donor who in turn had experienced the same generosity himself. Supporting the CCF is one way I can continue that cycle of giving. 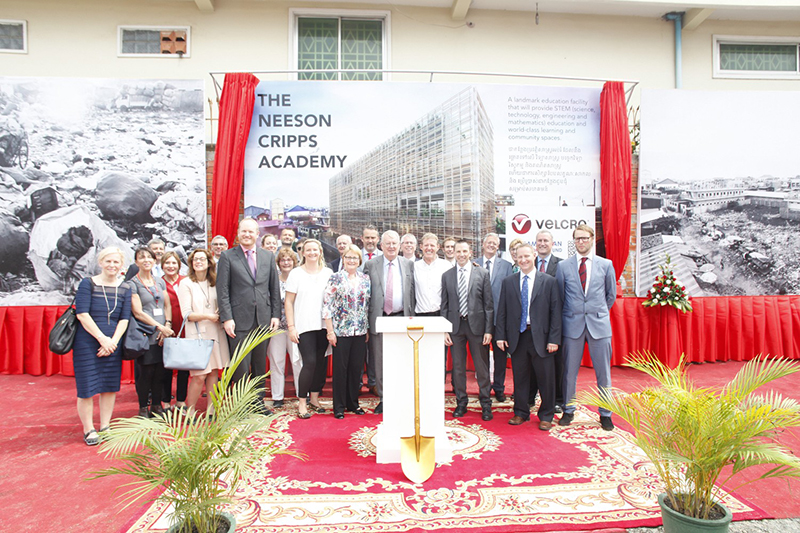 Breaking the grip of extreme poverty in Cambodia, where the average daily income is about a dollar, is daunting. So it was humbling and inspiring to see what CCF has accomplished. It promises each child a path to university by creating an environment where food and housing programs support education. So for a Khmer parent, sending their child to school is always the best economic choice. It’s a long-term approach that can lift a child out of poverty permanently and put them on a path that was previously out of reach.

Education is a critical need in Cambodia and other developing countries. In South Asia half of all children cannot read properly, according to the World Bank, yet education is vitally important as the economies in these countries shift from agriculture to knowledge-based industries. I see every day in our business how important these skills are for success in the global economy.

Phnom Penh is a long way from Manchester, New Hampshire, the operations center for Velcro Companies for more than 60 years. We are a company that lives on innovation, and we’ve long recognized the importance of education. Supporting the Neeson Cripps Academy is part of a global effort to support education and learning for children.

In my business career, I’ve learned that complex problems rarely yield to just one solution. A holistic approach is often more effective, and from its inception CCF has offered integrated food, housing and education programs that are having a transformative impact.

From what I have seen, we stand to learn a lot from our involvement with CCF. The Neeson Cripps Academy will incorporate sustainable design elements that will produce a healthy environment for learning while minimizing the use of energy and water. The school building comprises two wings: a long, east-west wing with flexible open-air learning spaces shaded by bamboo on the southern façade, and a north-south wing housing the science and technology space that is air-conditioned by energy-efficient systems. These building techniques hold promise for improving the sustainability of our manufacturing processes around the globe.

As a company, we’re about making amazing connections — with customers, people and communities — and this will extend to our relationship with CCF and the Neeson Cripps Academy. Early next year, we will begin a program to enable our employees to visit the school and volunteer their time and talents. Local efforts in our offices around the world to raise funds for CCF are also underway.

The groundbreaking for Neeson Cripps Academy was an important step, but just one of many for CCF and the children it serves. I am proud to celebrate their progress, and all of us at Velcro Companies are looking forward to being a part of the exciting future they are building. 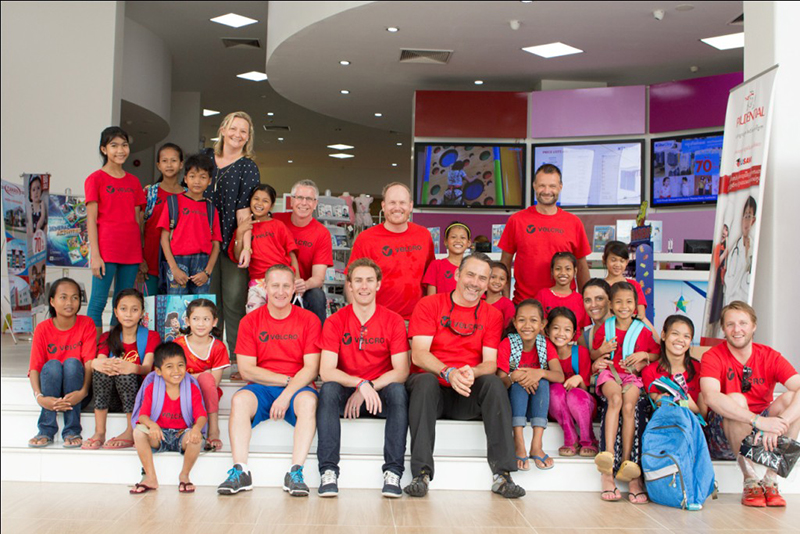