A trip to Cambodia by Glenda Valentino and her husband led to their family committing to raise funds for CCF, donating money instead of swapping festive gifts every year

A holiday to Cambodia as part of a trip with friends to Southeast Asia was the first time that Glenda and her husband, Doug, had ventured some far from their home in Canada. Before, their excursions had extended to Mexico and Hawaii, and visits to their home in Phoenix, in the U.S., where Doug enjoyed playing golf.

In 2018, their friends persuaded them to go further and join them on a tour of Cambodia and Thailand.

(Glenda and Doug pictured in Cambodia) 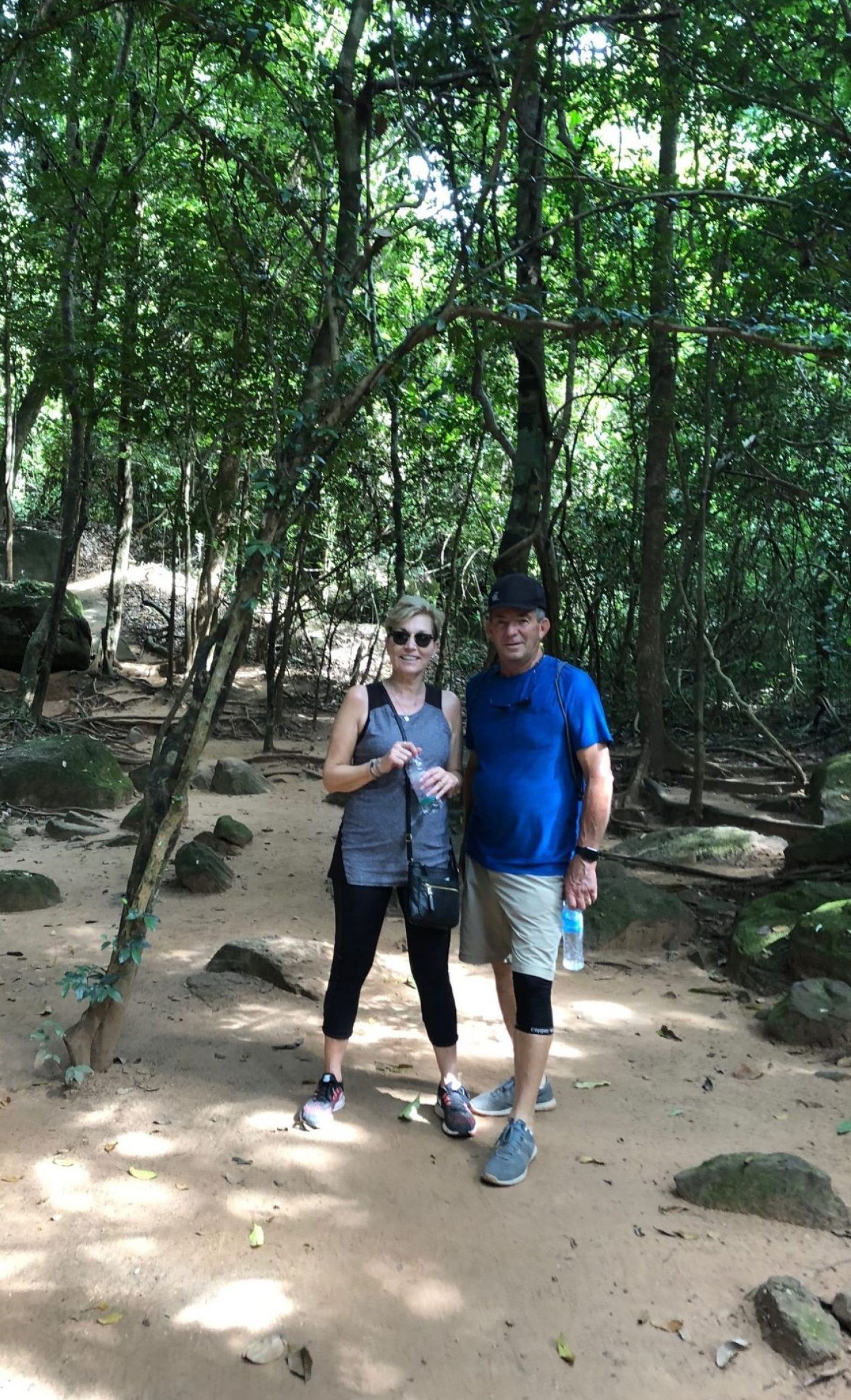 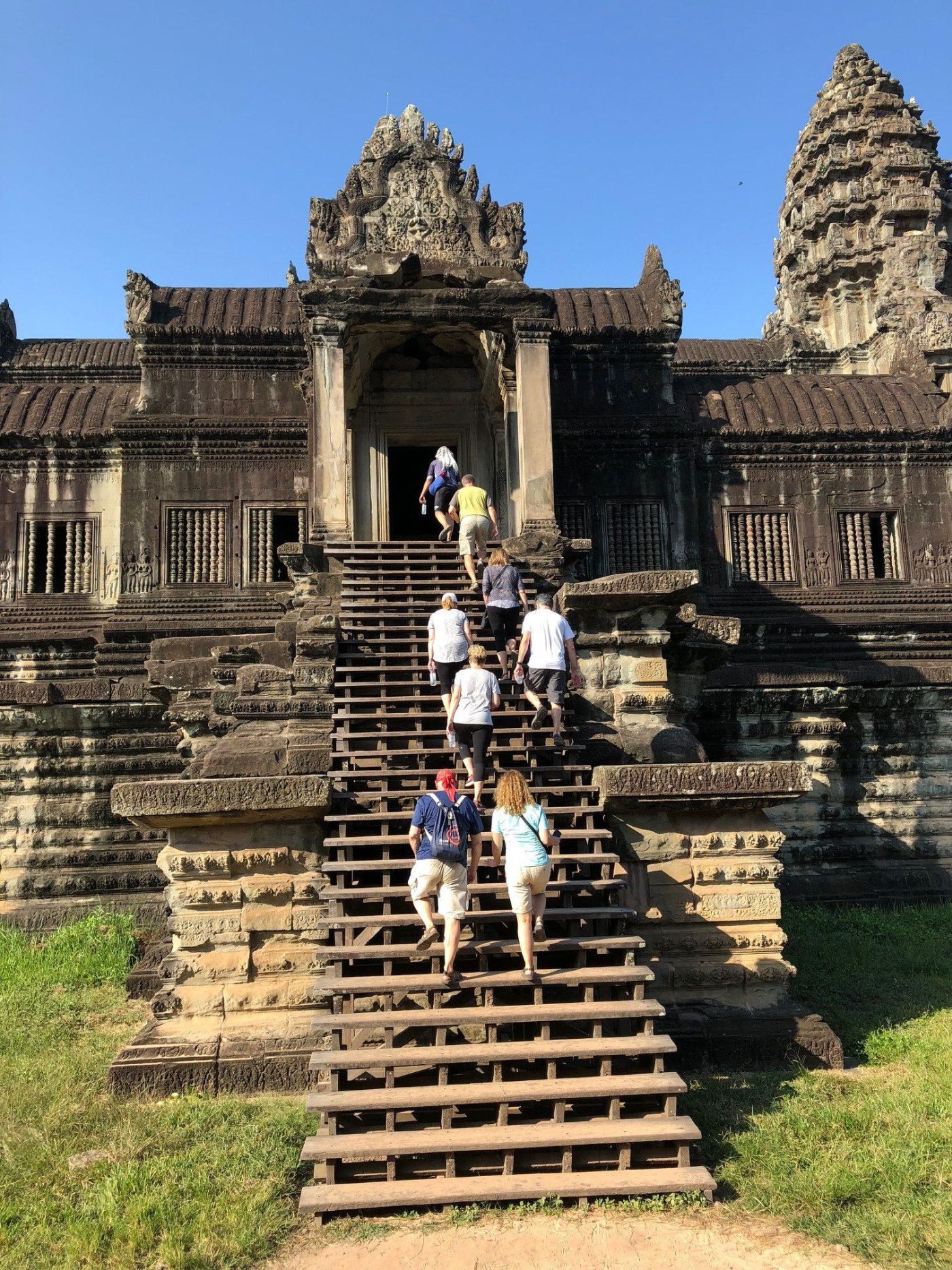 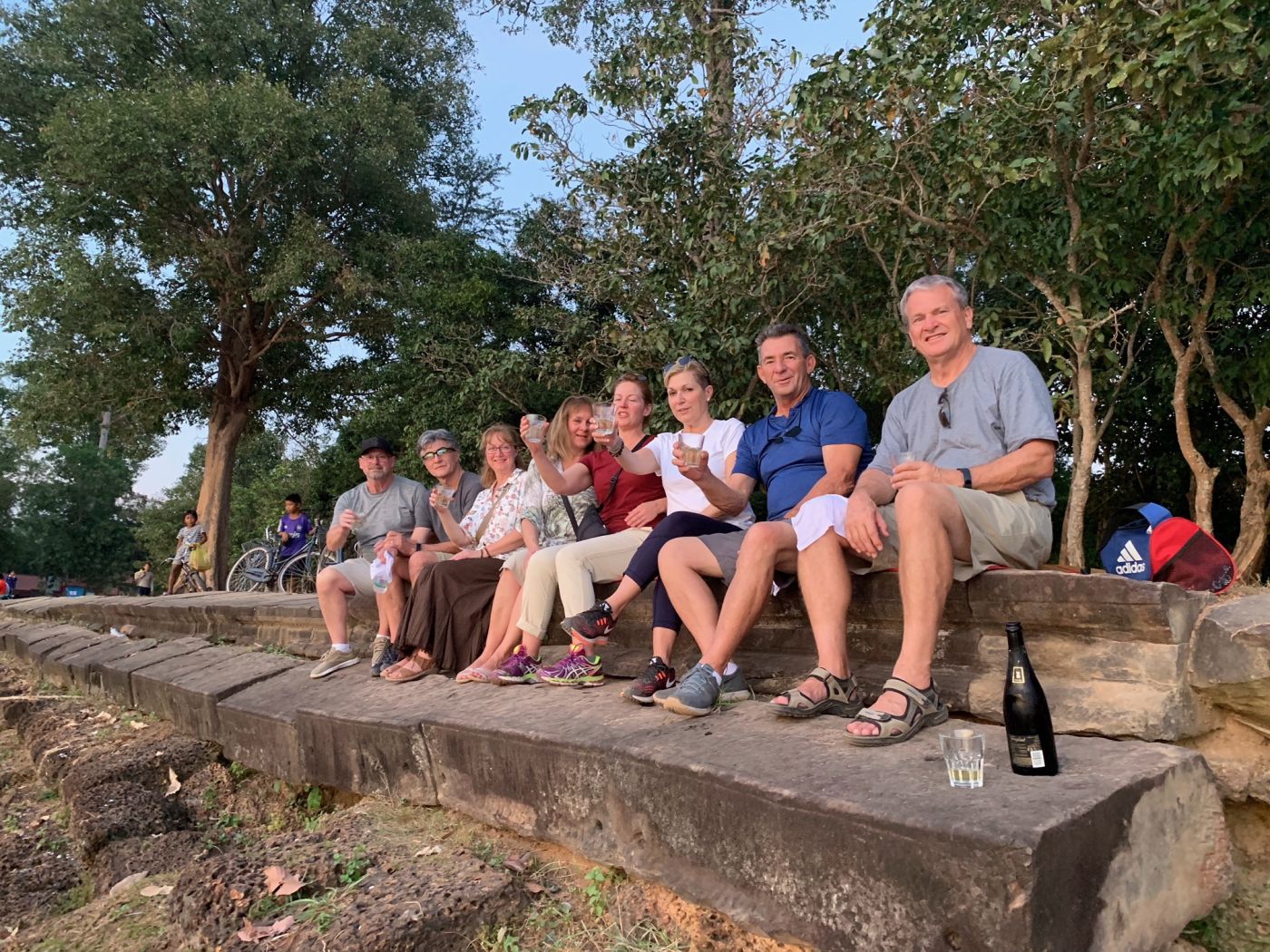 It was to prove an eye-opener to a different world. Cambodia, in particular, made a huge impact on the couple, where they encountered children begging and selling wares on the street to tourists to survive (pictured below).

It was a profoundly moving experience, the sights and sounds they witnessed staying with them as they flew home to Kelowna, British Columbia. 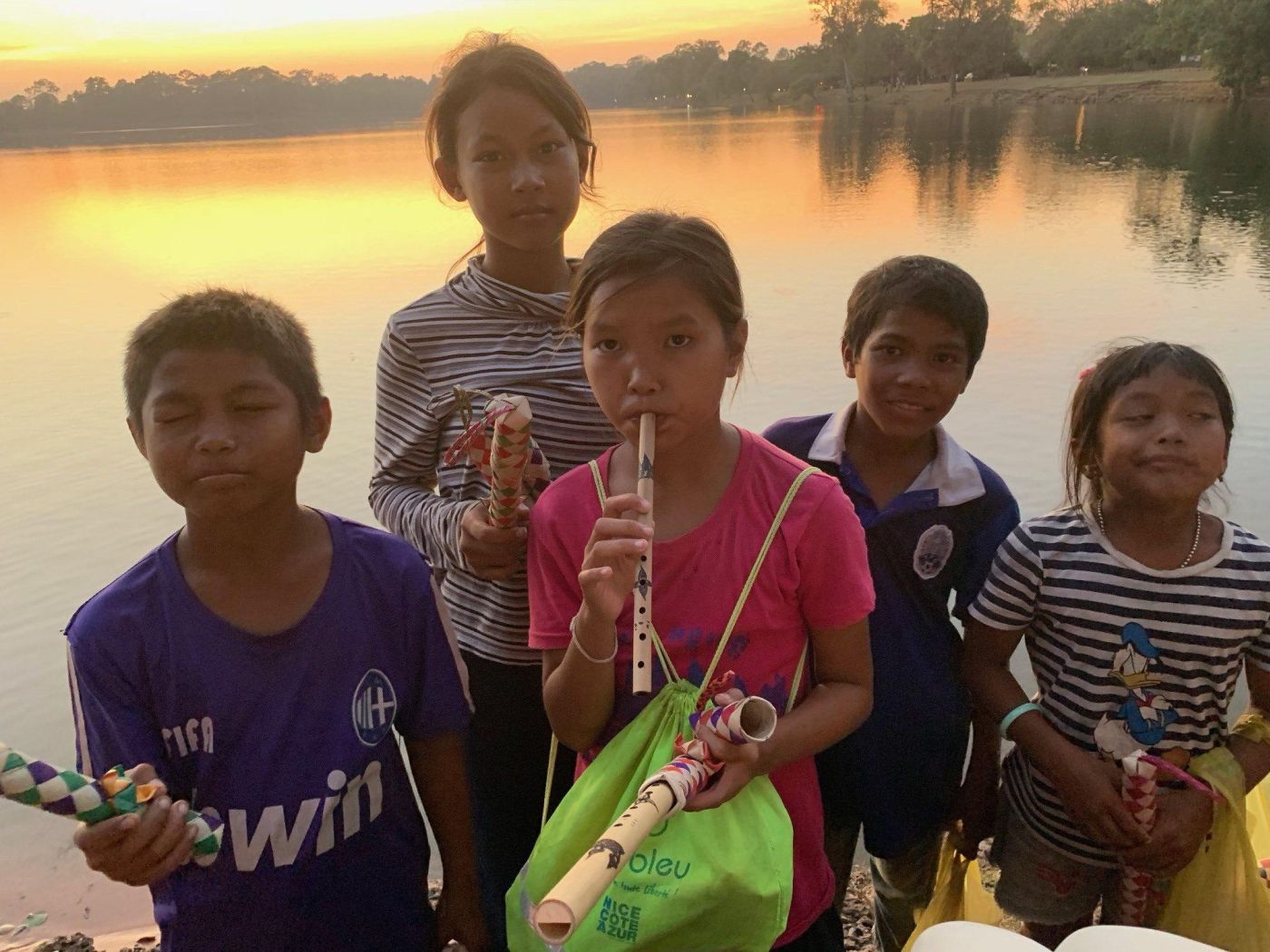 We met many people in Cambodia and learning of the hardships that they face was a bit overwhelming.

“Learning about the history and culture of Cambodia really had an affect on Doug and I,” says Glenda, 63. “[Seeing] the poverty and the children also impacted us.”

“When we came home from our vacation, it was close to Christmas, and we called a ‘family meeting’ to discuss the giving of gifts. Doug and I talked about the children of Cambodia and how we felt and what we saw when we were there. All our children agreed that we could give up presents and donate to a children’s charity in Cambodia.”

Research on the internet led them to Cambodian Childrens’ Fund.

According to Glenda, “it was Scott’s story [Scott Neeson, the founder of CCF] and his dedication to the children that sold us.”

Since 2018, the family has given $4,600 to CCF, pooling the money that would otherwise have been spent on buying each other gifts to exchange.

Having young grandchildren, Glenda and Doug are only too aware of the need for the best start in life, something the impoverished children they saw in Cambodia didn’t have, with few chances to go to school or improve their circumstances.

Their son, Chad, 34, is married to Sydney and has two children, Ben, three, and baby Audrey, six months old (pictured below left). He has taken over running of his father’s concrete construction business with two partners after his father retired.

Daughter Dani, 24, (pictured with her parents) is currently at university studying to be a veterinarian. 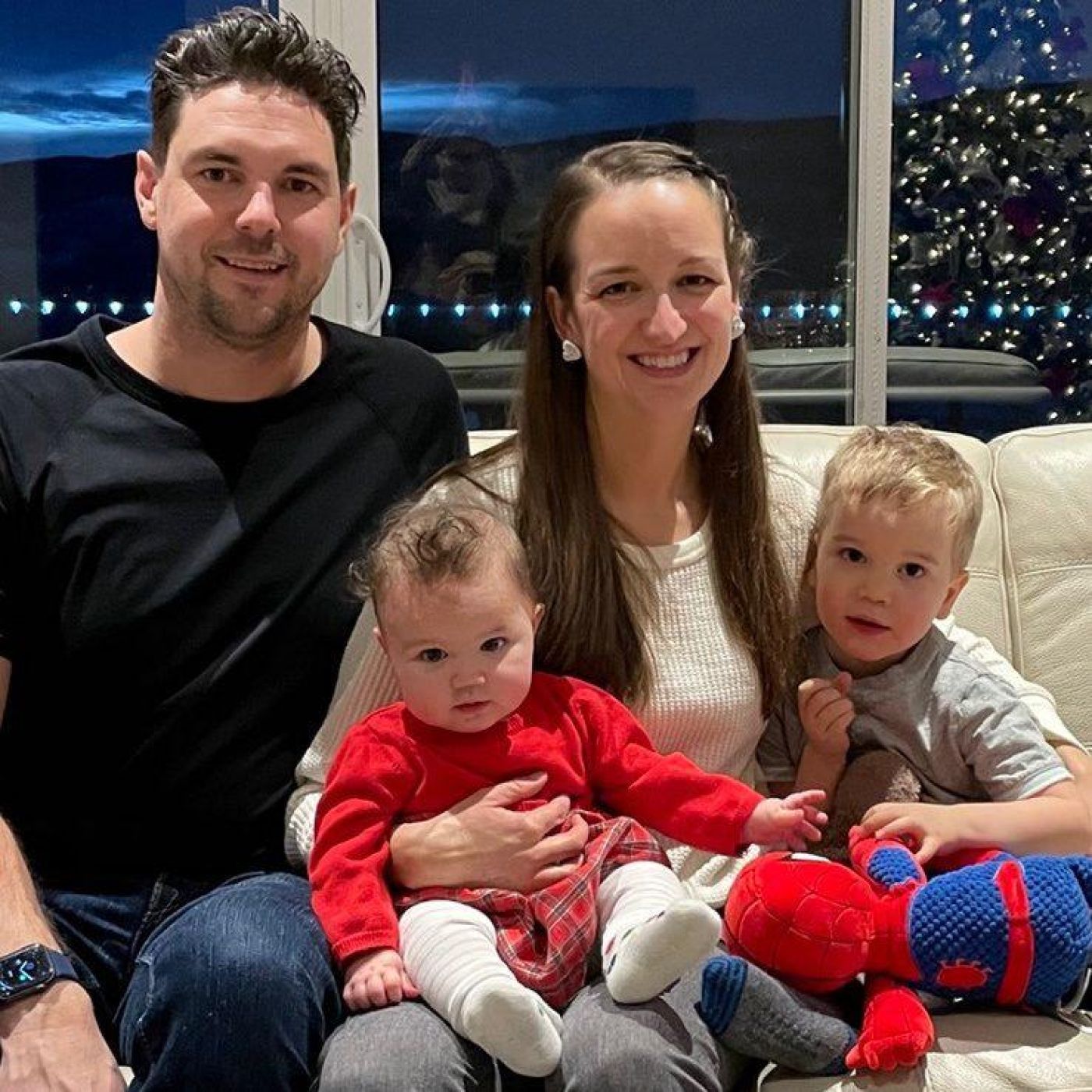 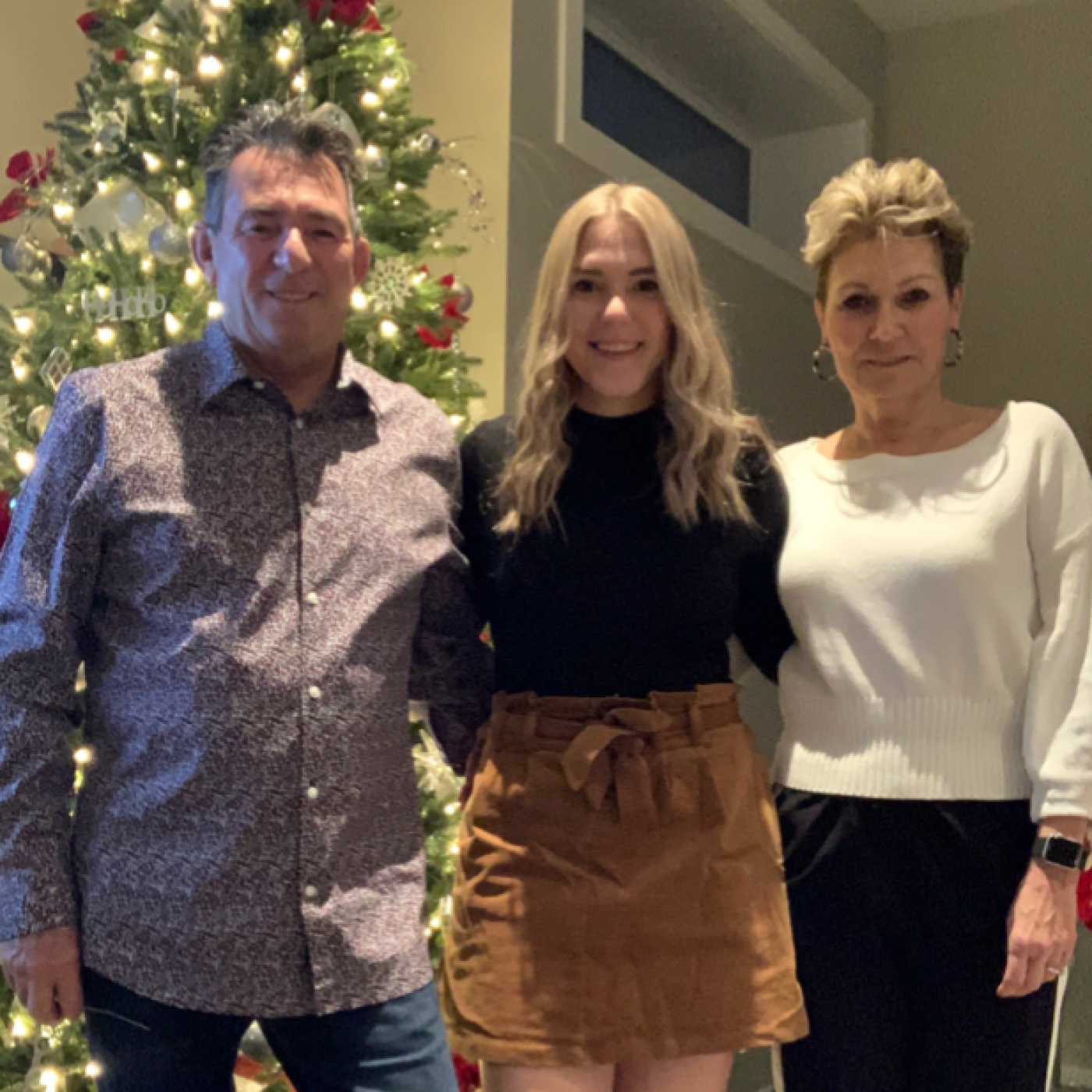 We feel education is very important, and hope the little we send can contribute and help towards that goal

When Glenda speaks about the trip to Cambodia, it’s clear how it can still emotionally overwhelm three years later, reducing her to tears as she remembers

“Bangkok opened our eyes and then we got to Cambodia. I just wanted to take home every child. Our guides said stop giving to all the kids and we just wanted to give, and give and give because they had nothing. It was just heartbreaking.”

Glenda and Doug, 64, who live in a house they built with spectacular sweeping views across the valley below and out to Lake Okanagan, are acutely aware how their life contrasts with those in Cambodia 11,900km away, and how their own children have had opportunities that their counterparts in Cambodia are so often denied.

It’s why CCF’s commitment to give every child the chance of an education, removing the barriers that stop many going to school, appealed so much.

“I think once people have that (education) then they learn from that,” says Glenda.

“One of our tour guides in Cambodia, he was very educated and he was getting out of poverty by being educated, he had a good job. With education you get a better job, then you can help your family, that’s the key.” 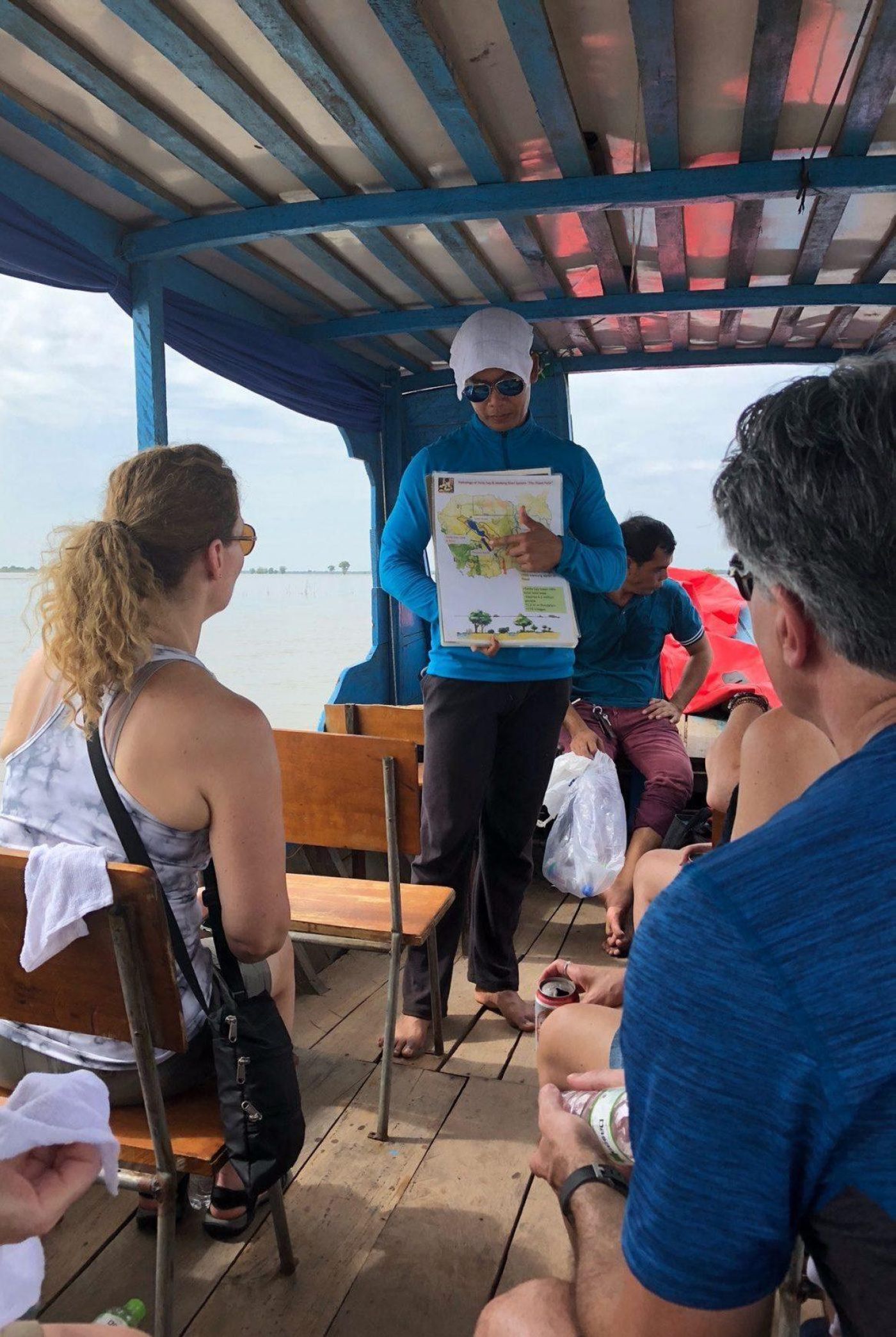 I would definitely recommend people to support CCF

Also important to the Valentino family was transparency and accountability from the charity they chose to support with their combined donations.

“Because we know there’s a lot of charities out there, we researched how the money goes, we wanted most of the money to actually go to the children, that’s so important to us,” explains Glenda.

Family and friends have been supportive of their decision to forgo presents each year - although Glenda and Doug do make an exception and buy gifts for the grandkids, and swap stockings with each other and their daughter, Dani.

“They all think it’s a wonderful idea. In 2019, one of best friends, instead of doing presents with me, contributed some money towards CCF.”

There have been others who question why the family doesn’t keep their donations closer to home.

“People have said to me why send money outside of Canada, when Canada has poverty and homelessness also. My answer is that Canada has resources, we have welfare. Cambodia doesn’t. Those children I saw didn’t have access to anything.”

Being advocates for CCF means spreading awareness of the work that’s being done to help give children an education and a pathway out of the grinding poverty.

And it’s something the family is committed to long term, Glenda say.

“We will continue to support CCF on an annual basis as long as we are able to.”