CCF supporter and U.S. Board member Matt Greene and his family sponsor four CCF children, creating lasting bonds for his own four children to nurture for years to come When Matt Greene and his family first visited CCF and began to consider the possibility of sponsoring a child, his four children were adamant that they each wanted to experience the journey in their own way. Which is how they ended up sponsoring not one but four CCF children. “They each wanted their own sister or brother at CCF,” explains Matt. And so in December 2017, they welcomed into their family four CCF sponsor children - two boys and two girls, now ranging in ages from 17 to six. “My youngest, daughter Afton, I think she was five or six when we came [to CCF], she was intent on having a sister,” says Matt. “On our visit, we ended up in the nursery. A few months prior to our visit, there were four siblings who had all been orphaned and the very youngest of these, Dara, was in the nursery. Everyone just fell in love with him and then my daughter decided to sponsor him. “He’s a really cool little kid. I have been able to visit him on most of our trips here.” (Below, Matt and his family with CCF Founder and Executive Director Scott Neeson, and Dara) 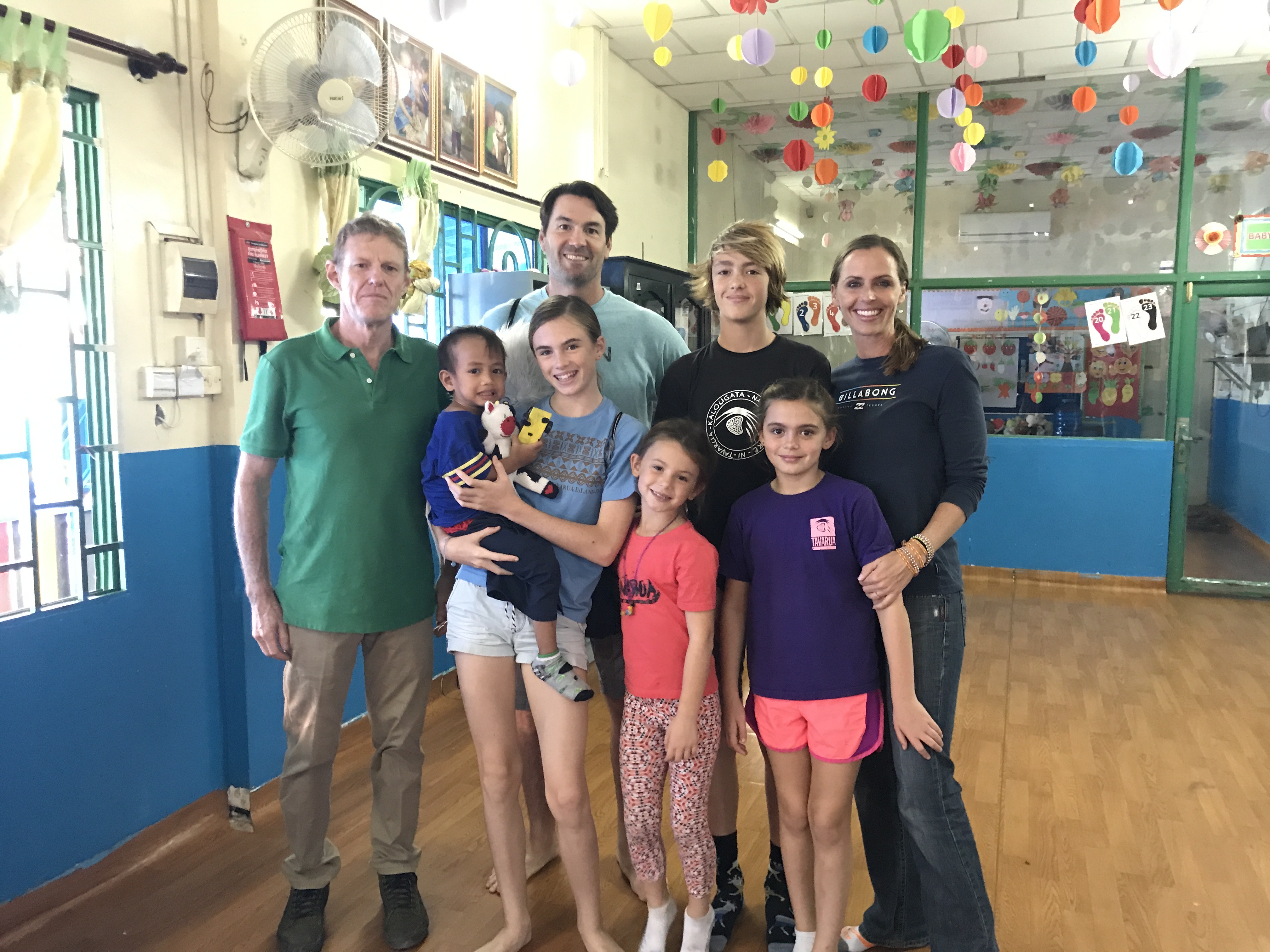 Living in Hawaii has not been a barrier to forging strong connections to Cambodia. The closeness of ages between the Greene children (aged from eight to 16) and CCF sponsor kids has helped. And the personal and unique interaction that CCF offers sponsors has allowed the relationships between the children - separated by more than 10,000km and different cultures - to develop naturally and organically. Matt was keen for his children to take the lead in forging their relationships with their CCF sponsor child. “Now, other than my youngest, I rarely get involved,” says Matt. “I see the communication going back and forth. And I did want those relationships to be their own and grow legs and become whatever they’re meant to. I didn’t want to stay in the middle and regulate relationships, otherwise those would become my relationships and that wasn’t the intent.” Views, news, photos and information is shared via emails and letters, and the occasional Skype call. In Matt’s view, it is his children that benefit most from the relationship, not the other way around. “It’s constantly a reality check for us,” he says. “Where we live is very privileged and we almost live in a little bit of a bubble, so it keeps my children very aware of what the rest of the world is like. We still travel quite a bit and they’re still involved in other projects, but it keeps their fingers on the pulse of CCF and Cambodia.” Matt, who ran his own businesses, stepped back from the corporate world a few years ago to focus on his family and other ventures. A family foundation was established to fund projects in developing countries. So far, it has financed initiatives in Costa Rica, Peru and Hawaii. It was through a long-term friend that Matt first heard about Scott Neeson (CCF’s Founder and Executive Director) and CCF. In mid 2017, the Greene family all came to Cambodia for the first time and visited CCF, pictured below at the Neeson Cripps Academy (NCA) 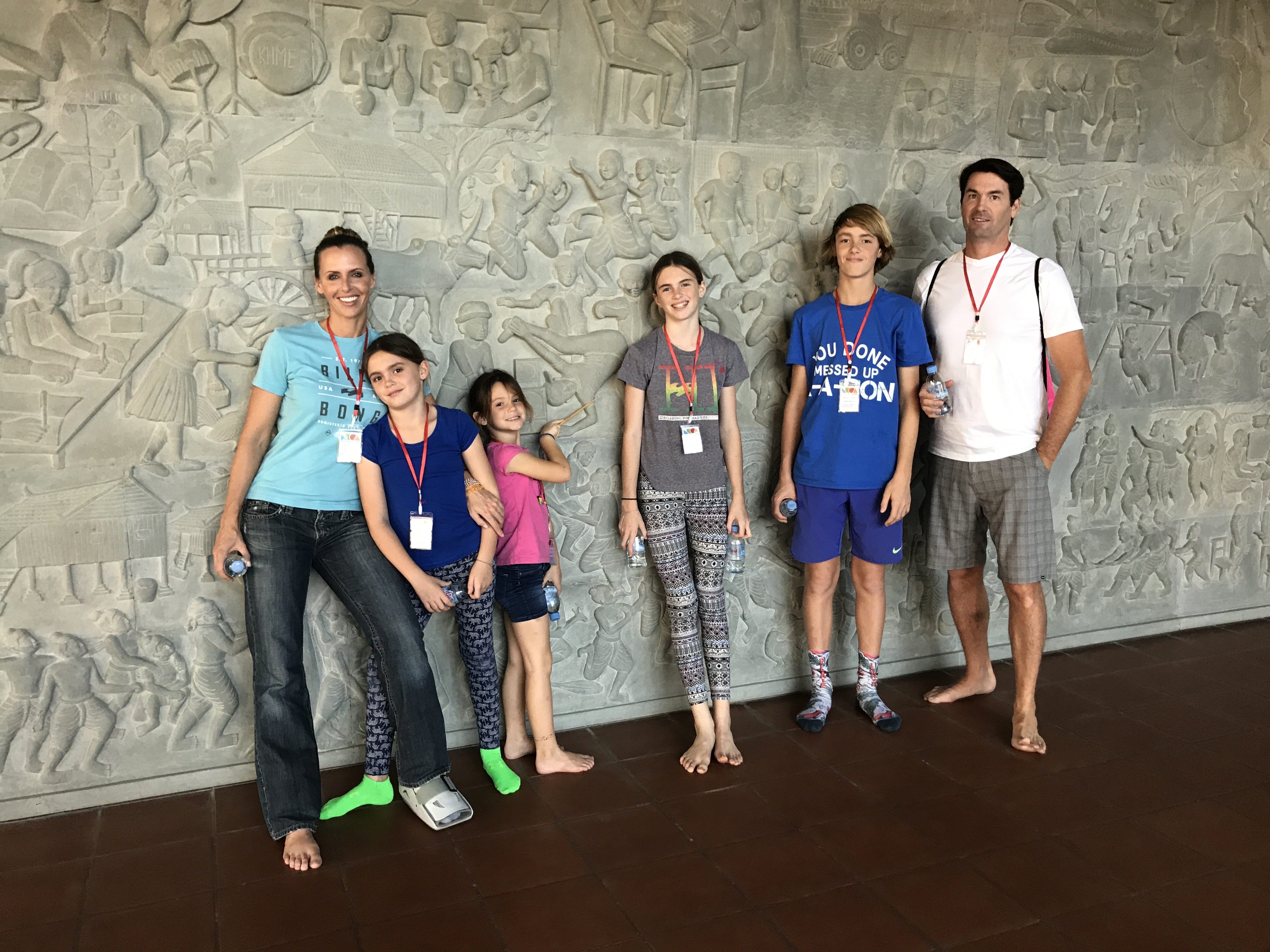 “Cambodia is a very unique experience. We’d never been to Cambodia, and within that, CCF is just an organisation that very much caught my attention and kind of sucked us all in as a family,” explains Matt. 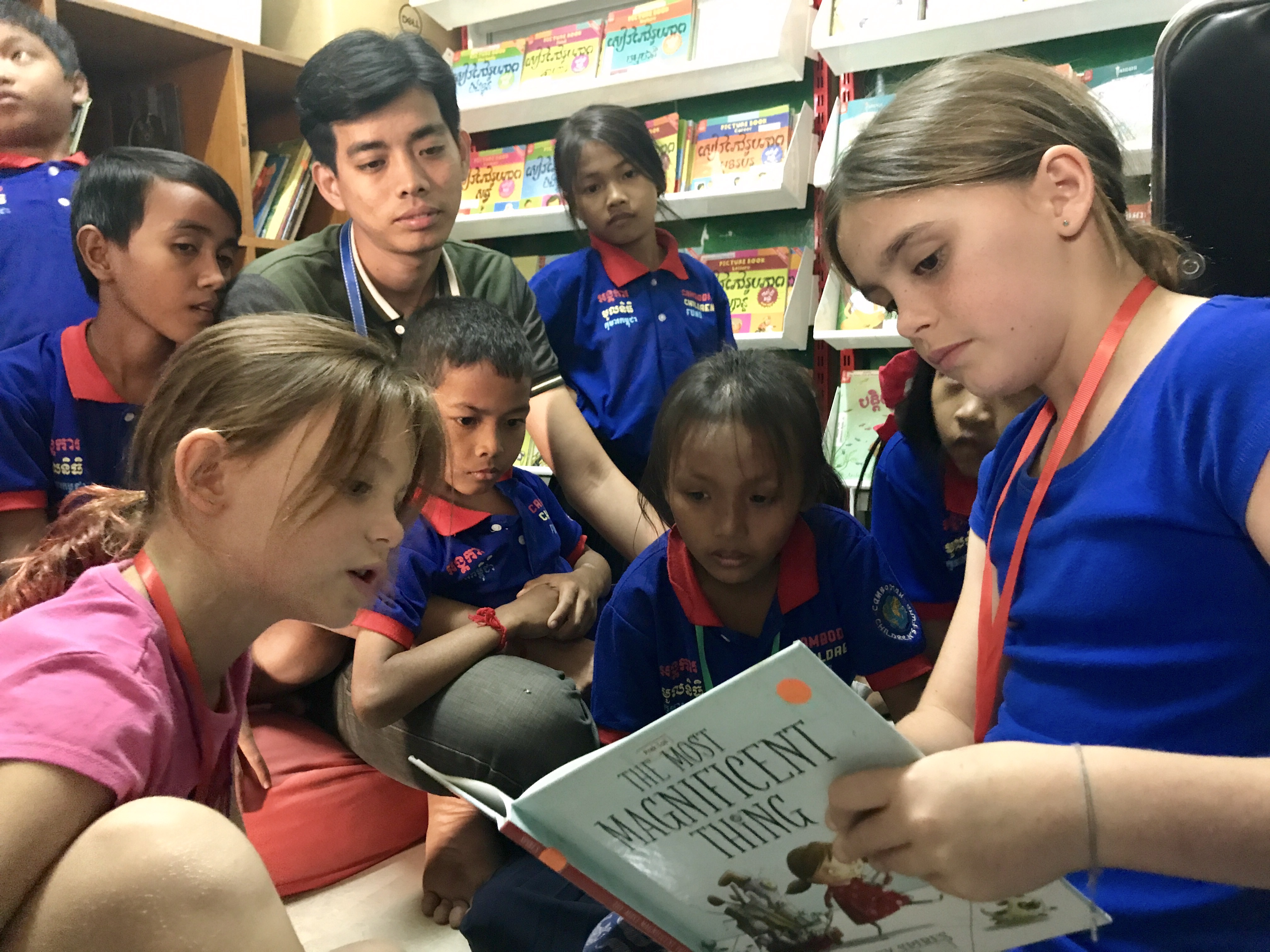 As a successful businessman himself, it was Scott’s story and decision to give up his Hollywood job and lifestyle to move to Phnom Penh and set up CCF that first piqued Matt’s interest. But it was the work of CCF that kept his attention and drew him in. “I think the staying power for us, and what makes CCF unique in my opinion, is their model,” he says. “There are NGOs, charities, nonprofits all over the world. Most of them do good but I also think that most of them never truly get to, and address, the underlying issue that they are trying to confront. “I think they end up being a band aid and they’ll give monetary resources, even education, but, in my view, those don’t fix a society. They don't fix an underlying problem that creates poverty in a region. “They provide short-term aid but they’re not a long-term solution. I’m very impressed by CCF and I think CCF has figured something out that most groups have not, as evidenced now by being able to look back. The change that has occurred in the dumpsite area, in that community, over the last 10 or 15 years, is remarkable.” Matt has travelled several times to CCF as his engagement deepened. 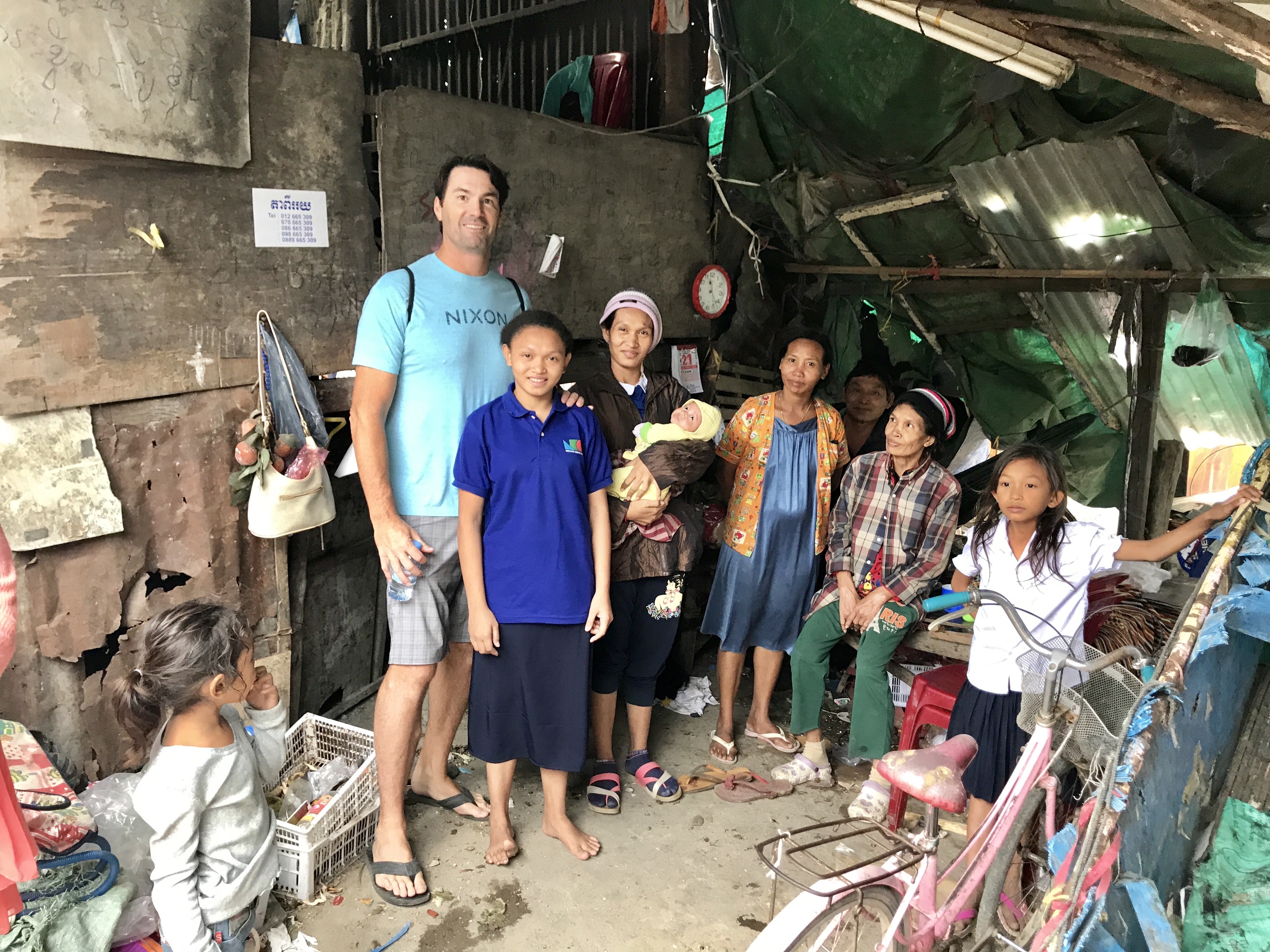 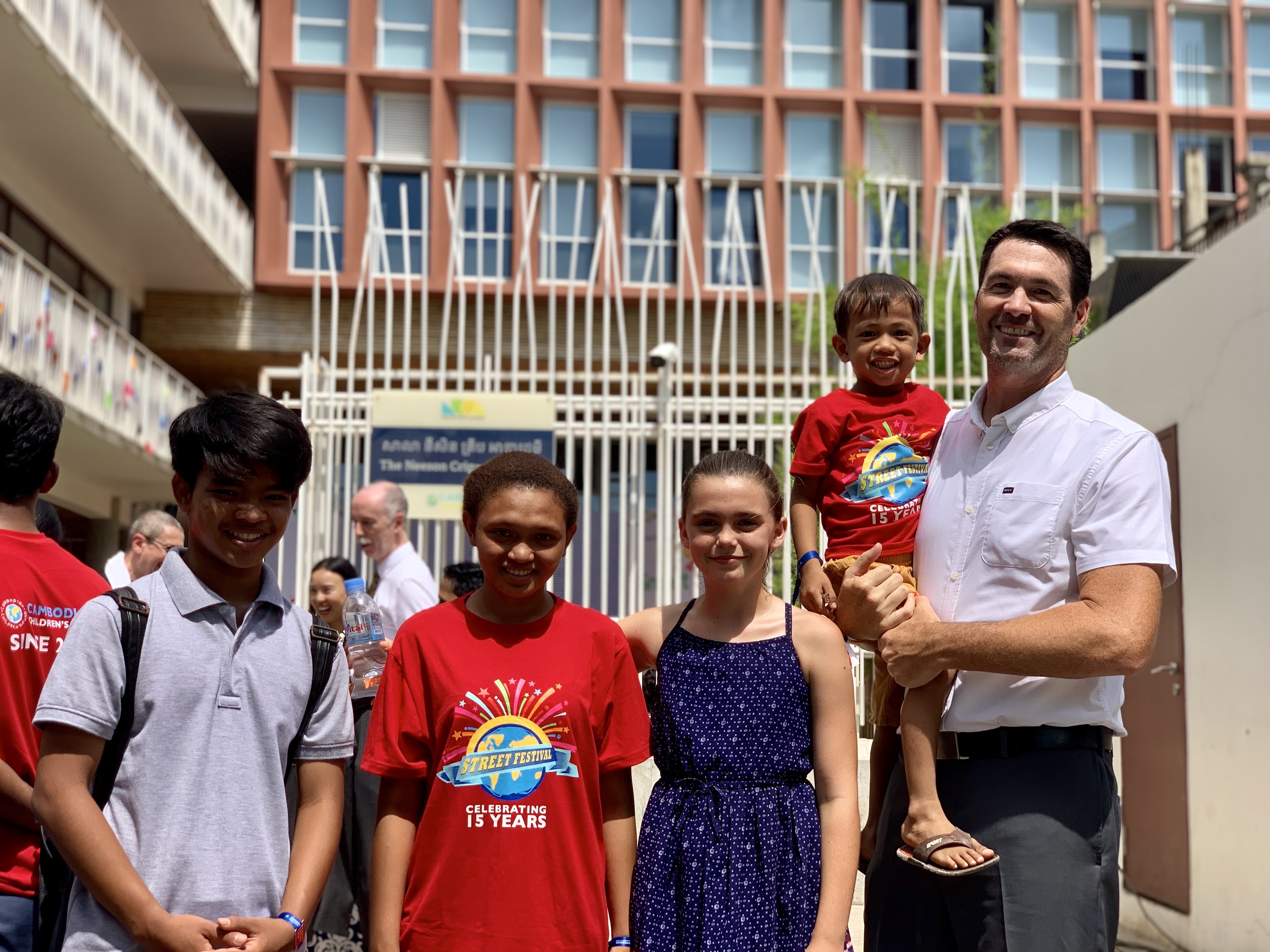 Last month, he returned with his son and a group of 19 students and instructors from Le Jardin Academy, his son’s high school in Hawaii, to collaborate with CCF students and staff. It’s a relationship he hopes to develop further. There is a plan for another visit to Cambodia and CCF again later this year. In the meantime, the links to Cambodia will remain strong through his children’s deepening bond with their Cambodian sponsor siblings. “The direct relationship aspect of CCF sponsorships is very powerful and effective, and we’re going to continue. I’ve already seen how it’s helped my kids and the people that I’ve introduced CCF to,” says Matt. “I would recommend other people to sponsor, absolutely, but also enter the Sponsorship Program knowing that these kids have needs and it’s not just a financial need. It can be varied. “I have watched children at CCF talk amongst themselves about their sponsors and their sponsor families, and they’re very proud to have a sponsor. Seeing it from that angle tells me how important it is. “So I would recommend it to anyone but understand the commitment that you are making. I think it’s an easy thing to do but it’s more than just writing a check. Be available, be present and seek a relationship with your sponsored child.” 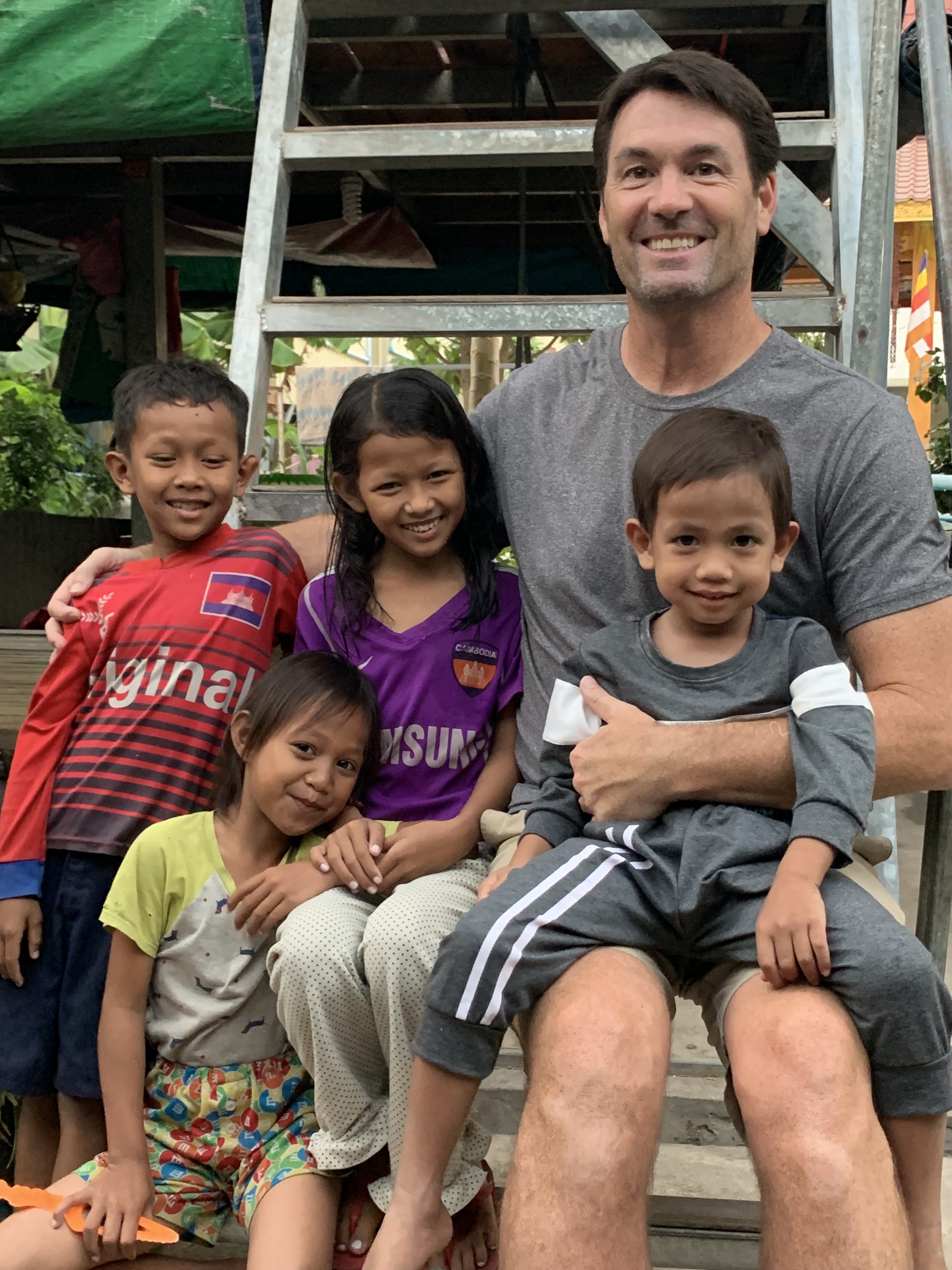