CCF students are first in Cambodia to sit exams in new e-learning program supported by UNESCO and government Studying was not coming easy for CCF student Sopheak who was struggling to complete a basic education. In another situation, the 15-year-old might have been slipped through the cracks lost in the education system, dropped out of public school completely or failed to pass any examinations, diminishing future job prospects and ability to earn a decent income. But with CCF, he has been given a second chance. Sopheak is one of 10 CCF students who this week became the first in Cambodia to sit exams in a new e-learning program initiated by UNESCO and the MoEYS (Ministry of Education, Youth and Sport) and the MoLVT (Ministry of Labour and Vocational Training). 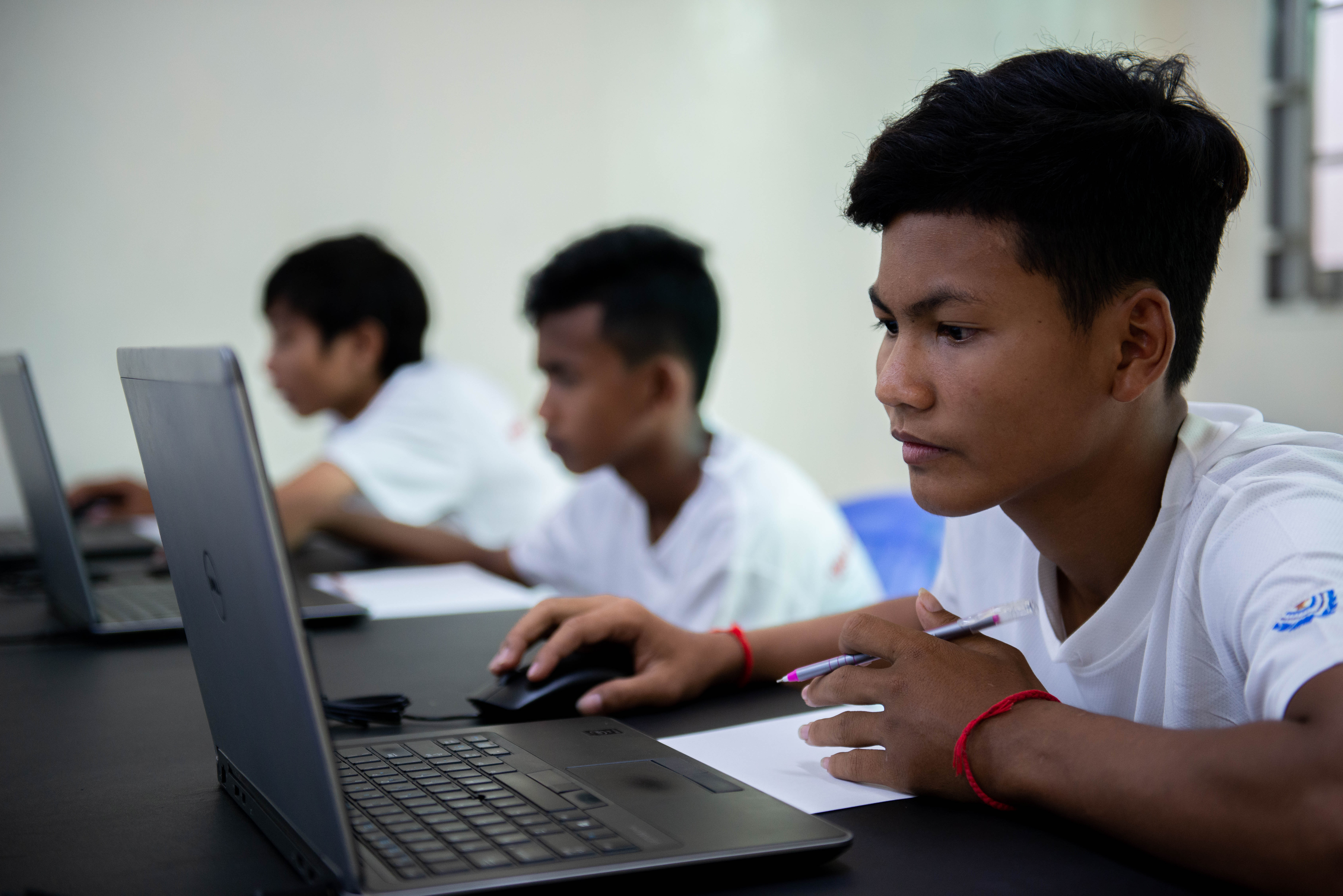 Basic Education Equivalency Program (BEEP) is a new way of studying aimed at young people who are not coping with a basic education and may end up dropping out of school completely. CCF’s Chambok Chab Satellite School was chosen in August to host one of five BEEP Learning Centres in Phnom Penh. After five months of intensive study, the CCF students - all boys - are taking final exams in subjects such as mathematics, physics and Khmer language. Those who graduate will receive a BEEP certificate (equivalent to Grade 9) with the option to go on to further education in technical and vocational institutes, or seek work with a qualification to show future employers. “You are the first candidates to complete the course and CCF is the first centre with the first candidates to sit exams,” SOK Tha, Director of the Department of Information Technology at MoEYS, told the students. “We are proud that CCF is one of the centres cooperating with the Ministry of Education and we are proud of you for joining this BEEP programme,” he added. “You are coming from difficult family or difficult life conditions but you are doing great to overcome the challenges you have faced.” 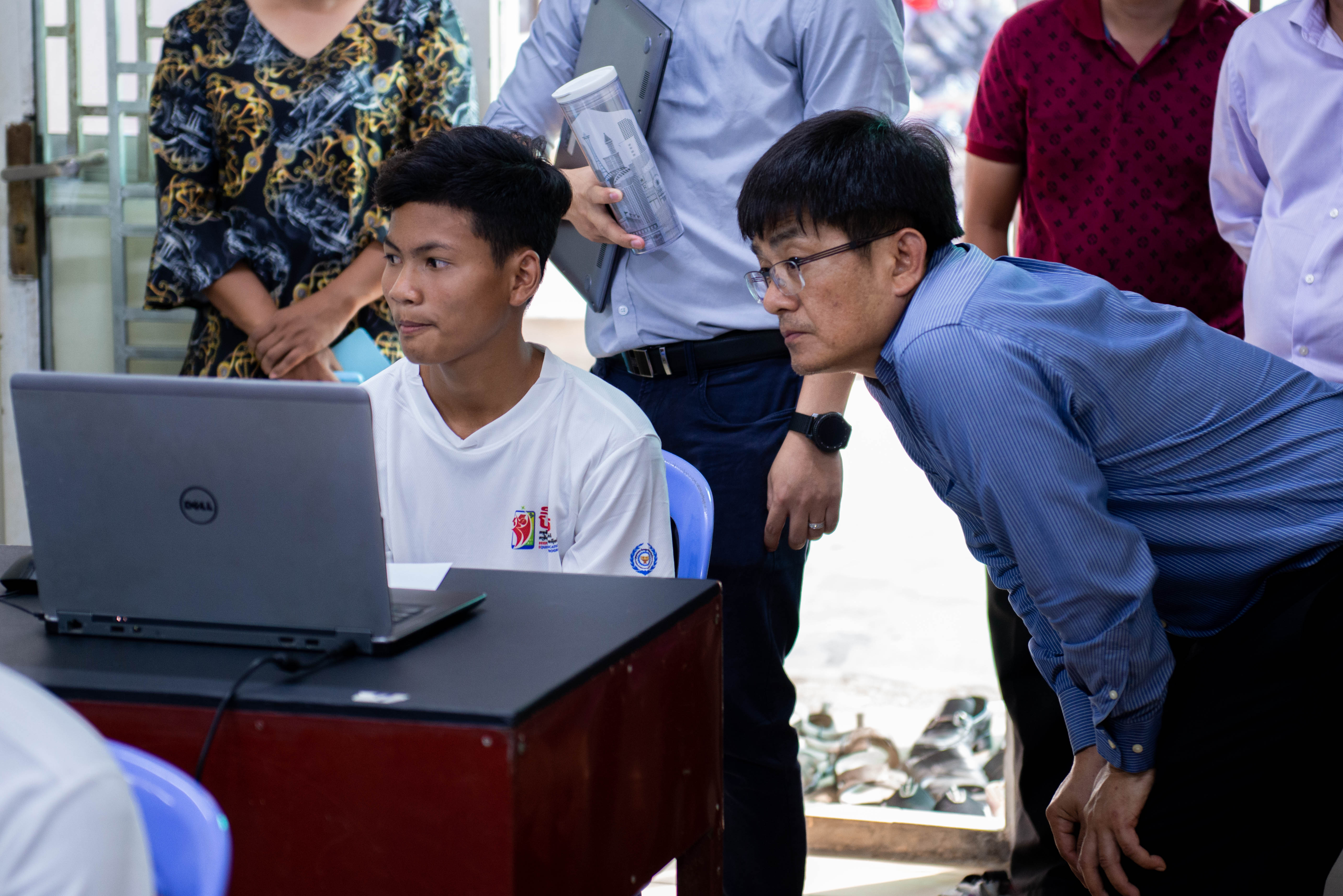 BEEP focuses on students who have completed Grade 6 only or those who dropped out of Grade 7, 8 or 9. Students study core subjects, Khmer and Basic Math 1, along with more technical subjects, Chemistry and Physics. They also learned about life and business skills to help prepare them for the workplace. The course is free of charge and because it’s online-based offers flexible learning opportunities with students able to study anytime. “If you are involved in public school and drop out, BEEP can save you, it can give you a second chance, said Mr SOK. 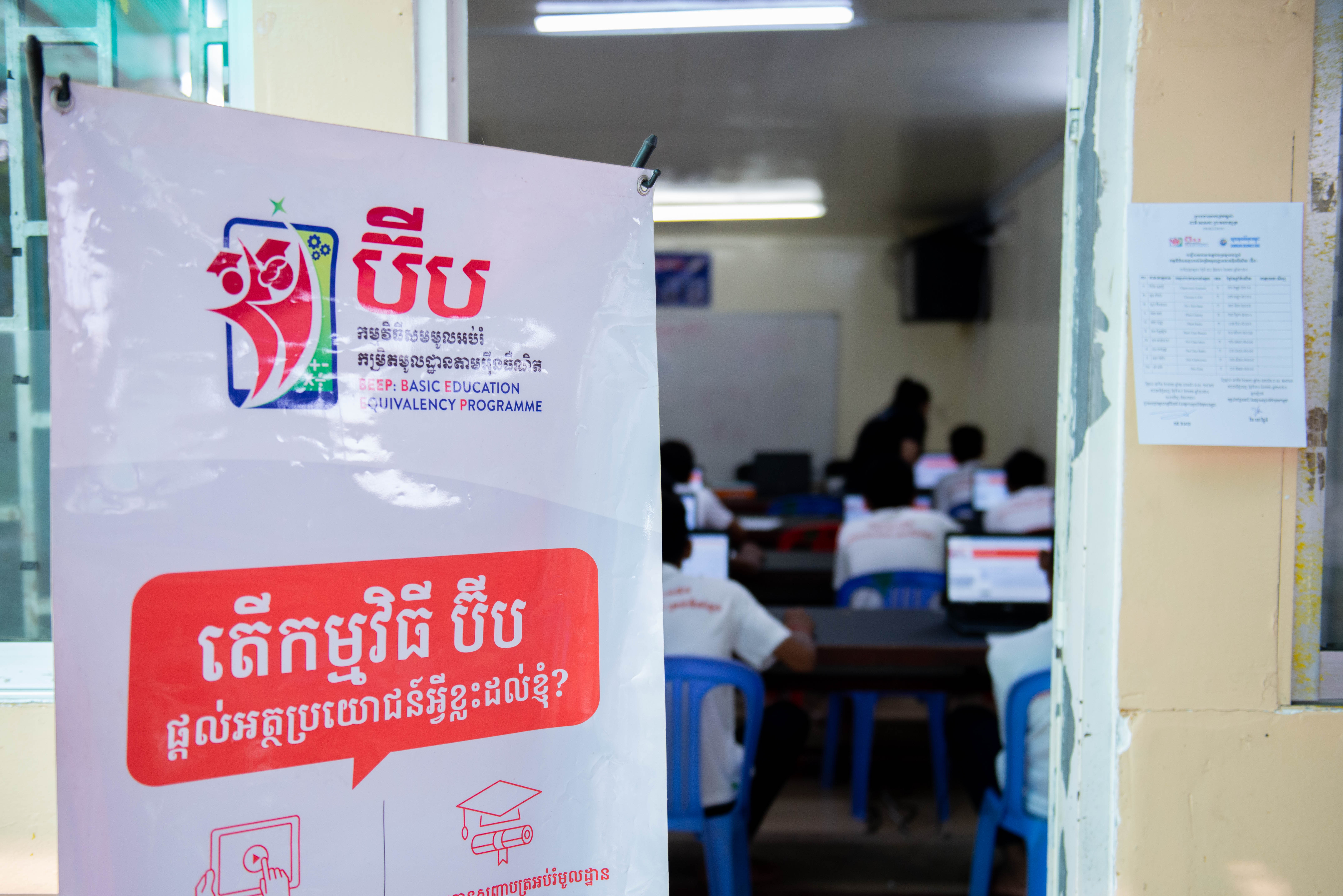 Being armed with a graduation certificate from BEEP will open doors to further education or better jobs with higher earnings, he added. Kimlay LEAV, National Project Officer BEEP for UNESCO Phnom Penh Office, wished CCF students best in their final exams. Those that fail, have the option to take the exams again at their own pace. “Watching the students take the exams today is like watching my own children take exams,” said CCF’s Chum Vichheka, who has worked with the BEEP students over the last five months. “Five months ago, many were close to dropping out or leaving school. To see them now, concentrating so hard on the exams, is very impressive.” 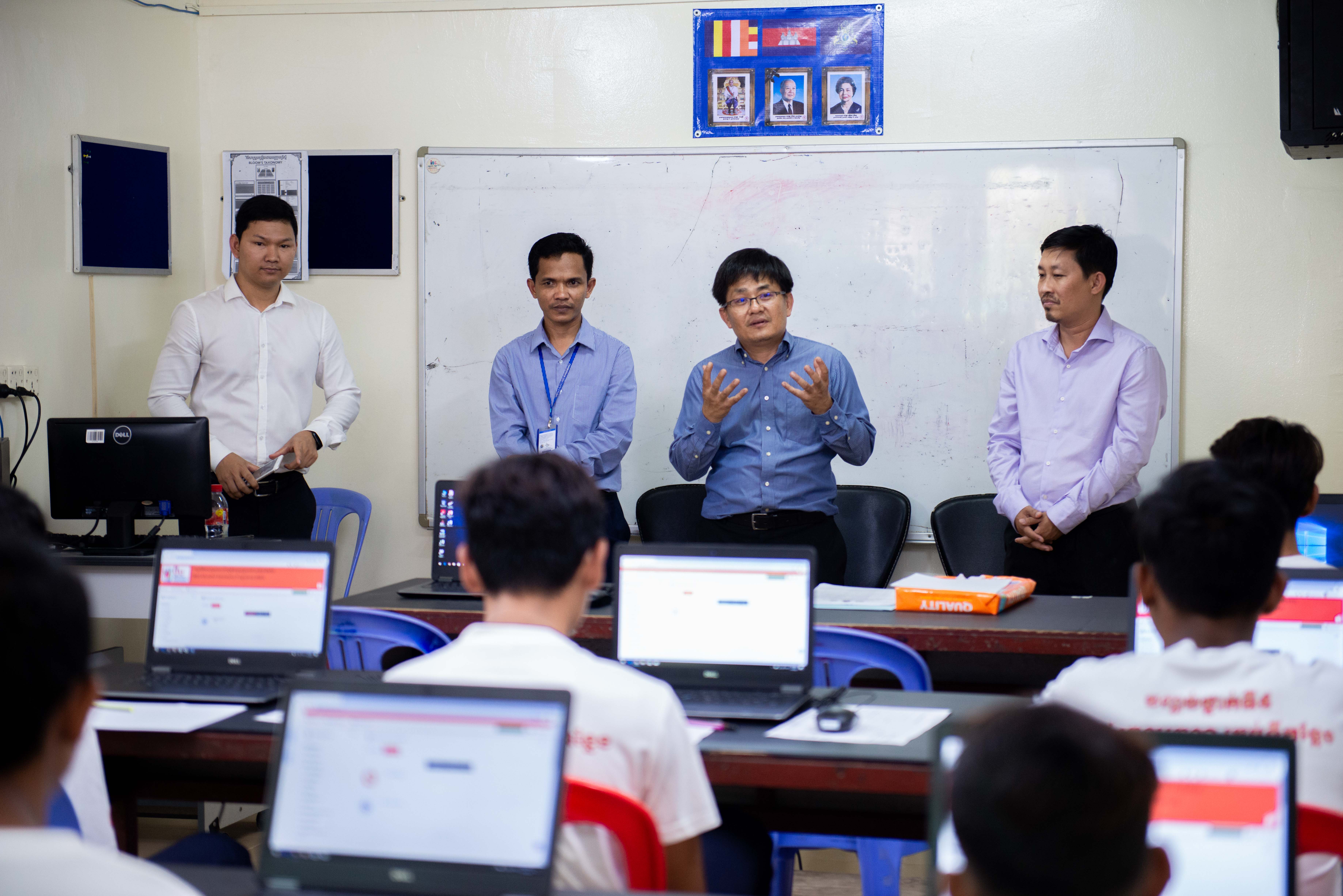 While the first batch of CCF’s BEEP students are boys, three girls have since started the program and will go on to take final exams. Initially CCF’s BEEP will only target CCF students who dropped out of public school and are more likely to move on to vocational rather than academic courses. Later, the plan is to open the program to non-CFF children, community people and anyone living around the Steung Meanchey area in Phnom Penh.