Read the full story here. A second teenage suspect has been detained in the brutal rape and murder of a 14-year-old girl in Kampot province. 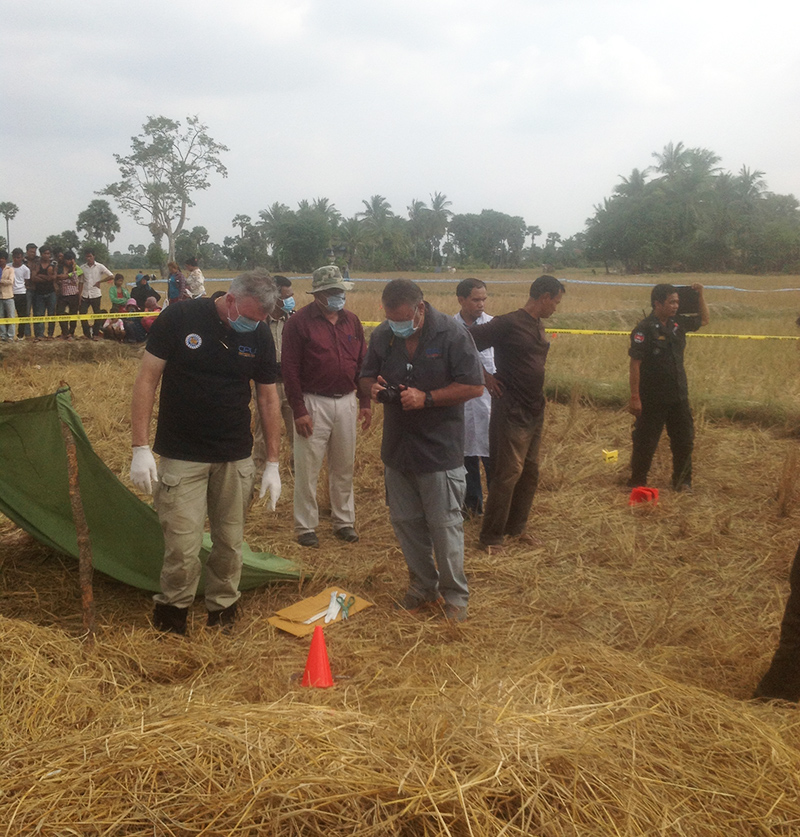 Kun Nay disappeared from her house in the Lboeuk commune of Chhouk district on Monday evening. Her mutilated corpse was discovered by her sister on Wednesday morning in a nearby rice field. Yesterday, an 18-year-old male was detained in Phnom Penh and transported back to Kampot police headquarters for further questioning, according to James McCabe, director of the Phnom Penh-based Child Protection Unit, which is assisting Kampot police in the investigation. The first suspect in the case, a 17-year-old neighbour of the victim detained on Wednesday in Kampot, remains in custody and has not been charged. A second weapon used in the attack was also identified yesterday, as investigators examined several crime scenes. On Thursday, a palm frond was identified as the first murder weapon. McCabe added that the CPU had never investigated a homicide using a palm frond, a technique he said dates back to the Khmer Rouge era. “One of the crime-scene investigators with 27 years of experience cannot recall a crime having used this old style of weapon before,” he said. There are several people the police remain interested in questioning, McCabe said.