One of CCF’s primary philosophies with respect to its children is to provide them with the opportunities to be creative and then to nurture that creativity; outcomes of this policy speak for themselves. CCF drama has been aired on Cambodian national television; its equally televised Monkey Dance troupe have performed by special invitation at Angkor Thom; its karate teams have excelled in competition after competition and increasing numbers of CCF’s older students have won numerous awards and praise at the annual Global Youth Leadership Summit in San Diego. The litany of success now also includes prize winning entries by its Film Group in Cambodia’s first short film competition.In early 2010, eight of CCF’s older students whom had already shown some interest in the topic, took part in a basic film-making course. The Sunday course challenged the participants, taking up their only ‘free’ day with demanding film making tasks. Storyboarding and scriptwriting required creativity, production values tested control and organization, while camera handling and lighting necessitated the quick acquisition of technical skills. Editing and directing, however, proved to be the most taxing challenges. Despite these hardships, CCF’s hardworking young filmmakers prevailed. In response to their efforts and dedication, a small band of sponsors covered the costs of the course and, on its very successful completion, went on to provide key filmmaking equipment. As a result, CCF’s Film Group was established and they were enthused and ready to work. The group’s initial productions resulted in a short drama series, tackling the pitfalls of young love and the repercussions of bullying. The reception these pieces encouraged the group to expand its remit and set up its own weekend courses. The success of the Film Group spurred more interest in the subject among CCF students, resulting in the involvement of 65 fellow students in 3 groups; one each from CCF1, CCF2 and CCF6. Each group has benefitted from in-house training, ultimately devising and producing entries of their own – submitting a total of 8 productions – for the Chaktomuk Short Film Competition. We hope you enjoy viewing their work as much as the maker’s enjoyed creating! 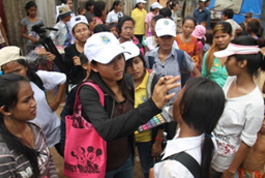 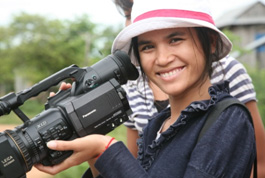 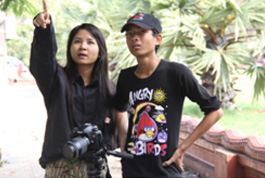