Sam Coatham shares a special bond with the CCF student he sponsors, a connection he hopes his young daughter, Annabel, will continue. Here, Sam tells his sponsorship story

There’s a particularly endearing photograph that Sam Coatham has from his first visit to CCF in 2016 to meet Chey Ousaphea, the CCF student he sponsors. It captures Phea - as she is known - sweetly holding hands with Sam’s own daughter, Annabel, who was celebrating her 6th birthday with a surprise cake. 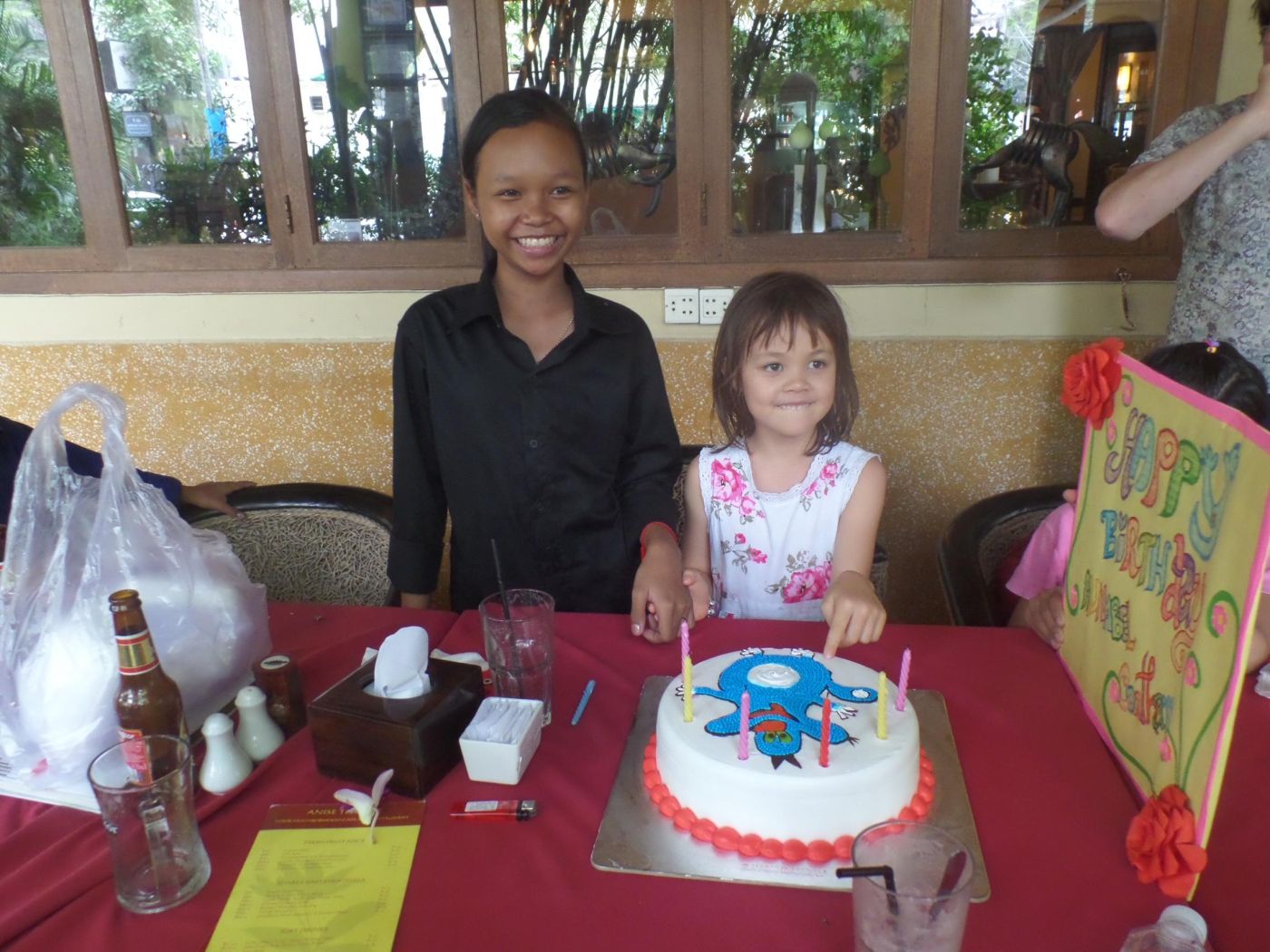 While the girls live vastly different lives - Phea. in one of the most impoverished communities in Cambodia and Annabel in Hong Kong, last year ranked as one of the most expensive cities to live and work overseas in - they found a connection.

Four years on, their fledgling friendship is blossoming. Which makes Sam, who has his own strong relationship with Phea, very happy. His hope is that the bond between the girls will develop over the years as Annabel, now 10, grows up, linking them long into the future as they go on to forge their own lives.

“Annabel and Phea are quite close, they keep on writing to each other. So I’m hoping in later life they keep in contact, it would be lovely,” says Sam.

For Sam, who has been living in Hong Kong for 14 years, it’s a lifelong responsibility, hence his hopes that his daughter will keep the connection going and give it longevity.

“Because I think it’s a commitment, you can't just do it [sponsor] for a year,” says Sam. “I think the whole point about it is that you try and do it for the long term.”

I feel that you’re going to get more out of it doing it for the duration because then you can experience a child growing up in another part of the world.”

The relationship between a CCF child and their sponsor is very personal and unique, evolving over time with emails and video calls.

Staff have noticed that Phea feels a special affinity with Sam, a close attachment which has seen the usually reserved schoolgirl share elements of her life with him that she hasn’t with others.

When Phea was worried about failing her Grade 9 examination, she told Sam of her fears. And when her grandfather passed away recently, it was her sponsor who she first confided in.

“Phea told me some stuff that her others didn’t even know about. And that’s the beauty of sponsoring, you get to know each other on a personal level. It’s one of the main things you get out of this, it’s so rewarding,” says Sam.

The young girl that Sam and his family first started sponsoring more than six years ago is now a teenager, taking her first steps into adulthood and blossoming into a young woman. 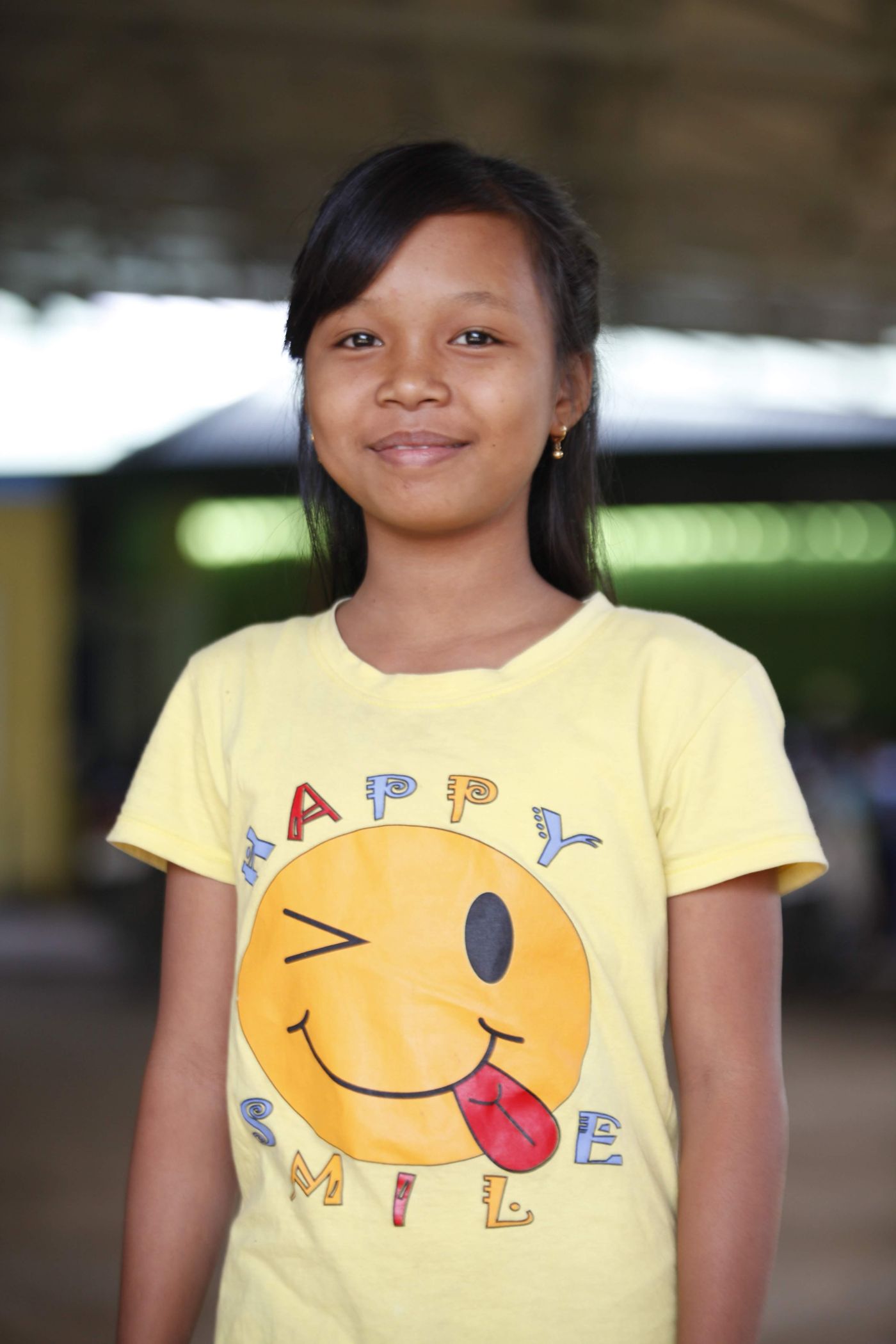 Phea recently sent Sam and his family a video showing them around her new home in CCF’s new all-female community, the Girls to Grannies Village, where she’s sharing a house with three other girls, experiencing independent living for the first time after moving from CCFs residential care.

“It’s lovely to see Phea now, because we started with her when she was eight or nine, and she’s now 16, and she’s come all the way through, and we will continue to support her in whatever she wants to do,” says Sam.

Helping Phea to also come out of her shell and open up more is her CCF Sponsor Relations Officer, Channtha, who facilitates emails and video calls. Their ease with each is clear to see. 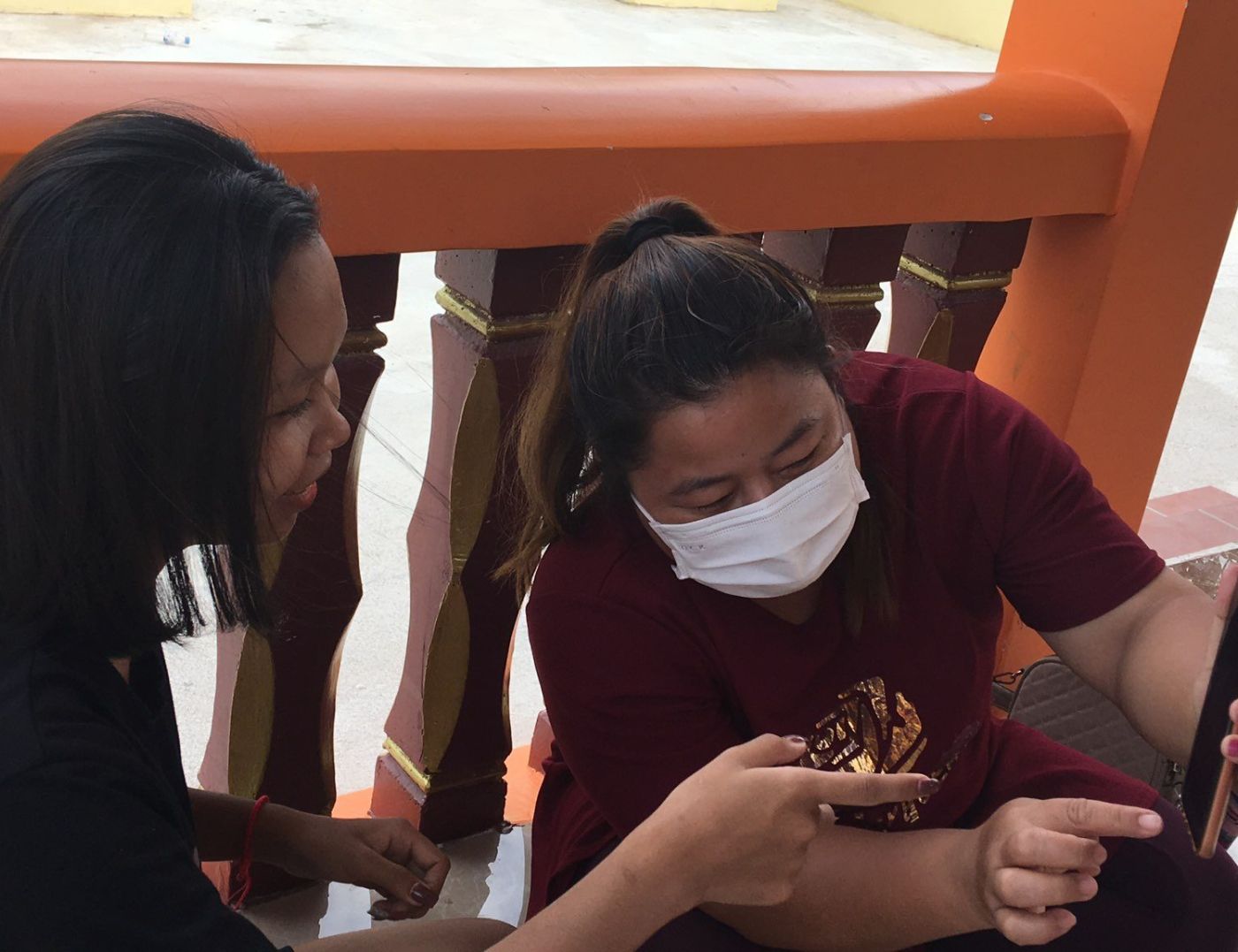 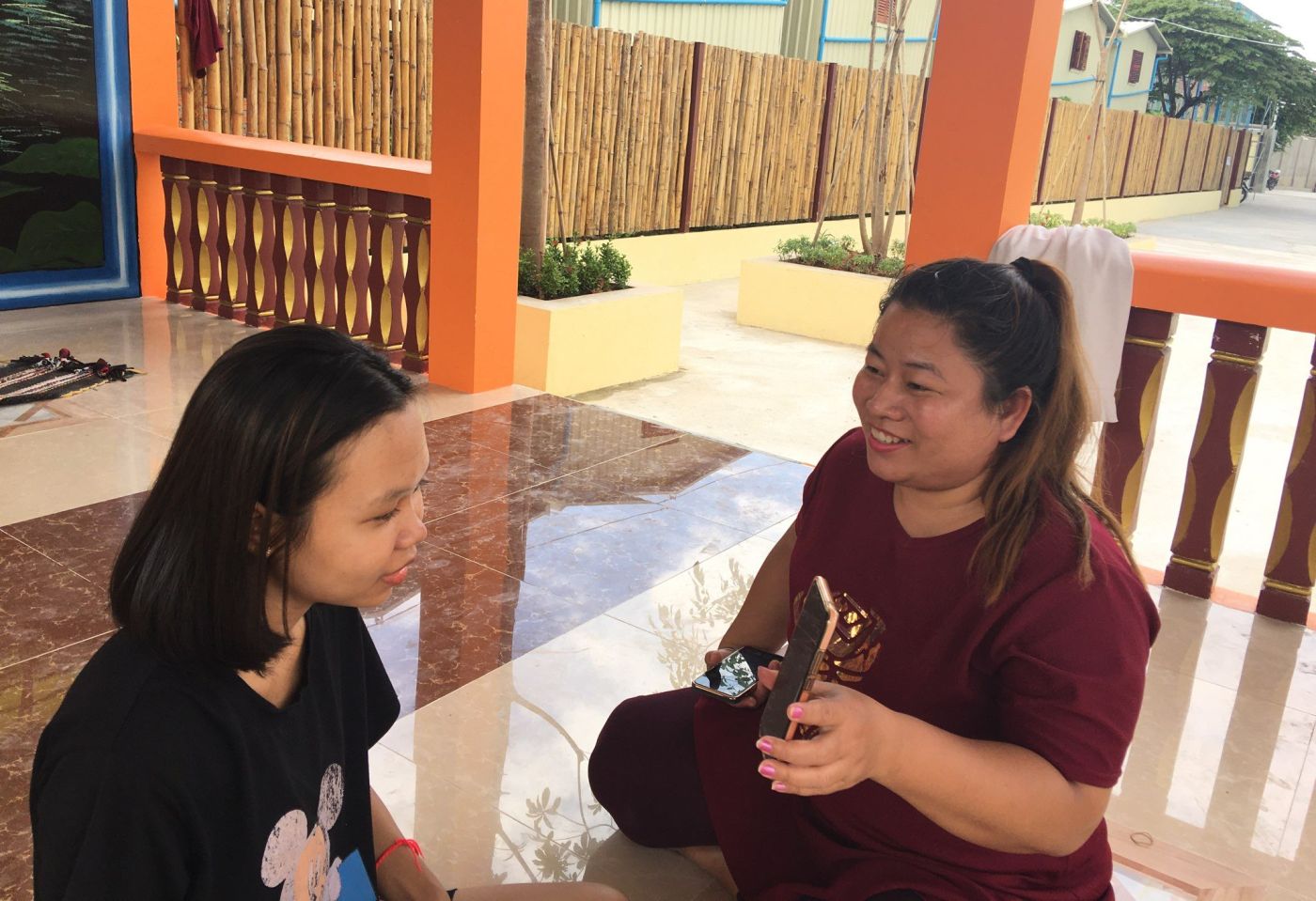 The best thing she likes about having a sponsor is the encouraging guidance and caring love from the sponsors toward her. Her sponsors always encourage and motivate her to study hard.

Sam, who is originally from the UK and runs his own asset management company, Nanjia Capital Limited, first visited Cambodia in early 2000 and was instantly moved by the poverty they encountered.

“We saw children, begging and just running around. It was a bit of a shock at the beginning,” he says.

Determined to not just return home and forget what they had seen, he began to research charities in Cambodia. It was a friend who recommended CCF.

In his line of business, Sam is conscious of getting the most out of money to ensure maximum return on investments, and says CCF ticked all the boxes for him in terms of transparency and measurable results.

But rather than opting to just make a regular donation, he was drawn to CCF’s Sponsorship Program and the opportunity to form a lasting relationship with a child who had experienced some of the hardship that he witnessed on his trip to Cambodia with a charity that was tangibly making a difference.

I wanted to have that relationship, rather than just giving money

“The writing to each other is just brilliant, you are so involved. It’s not just a bit of money going out of your account each month. You have got that personal involvement,” says Sam.

“You are giving somebody a chance in life. We’ve only got one child - we chose to only have one child - so to use a bit of the money which we would have been using bringing up another child. to give it to charities like CCF, to help Phea, is just giving a little bit back.”

Phea had been accepted into CCF’s Education Program in November 2012, two years before Sam became her sponsor. Her parents both worked hard - her mother in a garment factory and her father as a moto taxi driver - but their income was not enough to send their three children to school.

When her parents moved away from Phnom Penh to find other jobs, Phea was offered the security of a place in CCF’s residential facilities.

Having a sponsor in her life gives Phea the stability and consistency that was missing from her early childhood.

It’s not just Sam and Annabel who are now part of her life either.

Sam’s mother and father joined the trip to Cambodia in 2016 and met Phea, as well as visiting CCF classrooms. 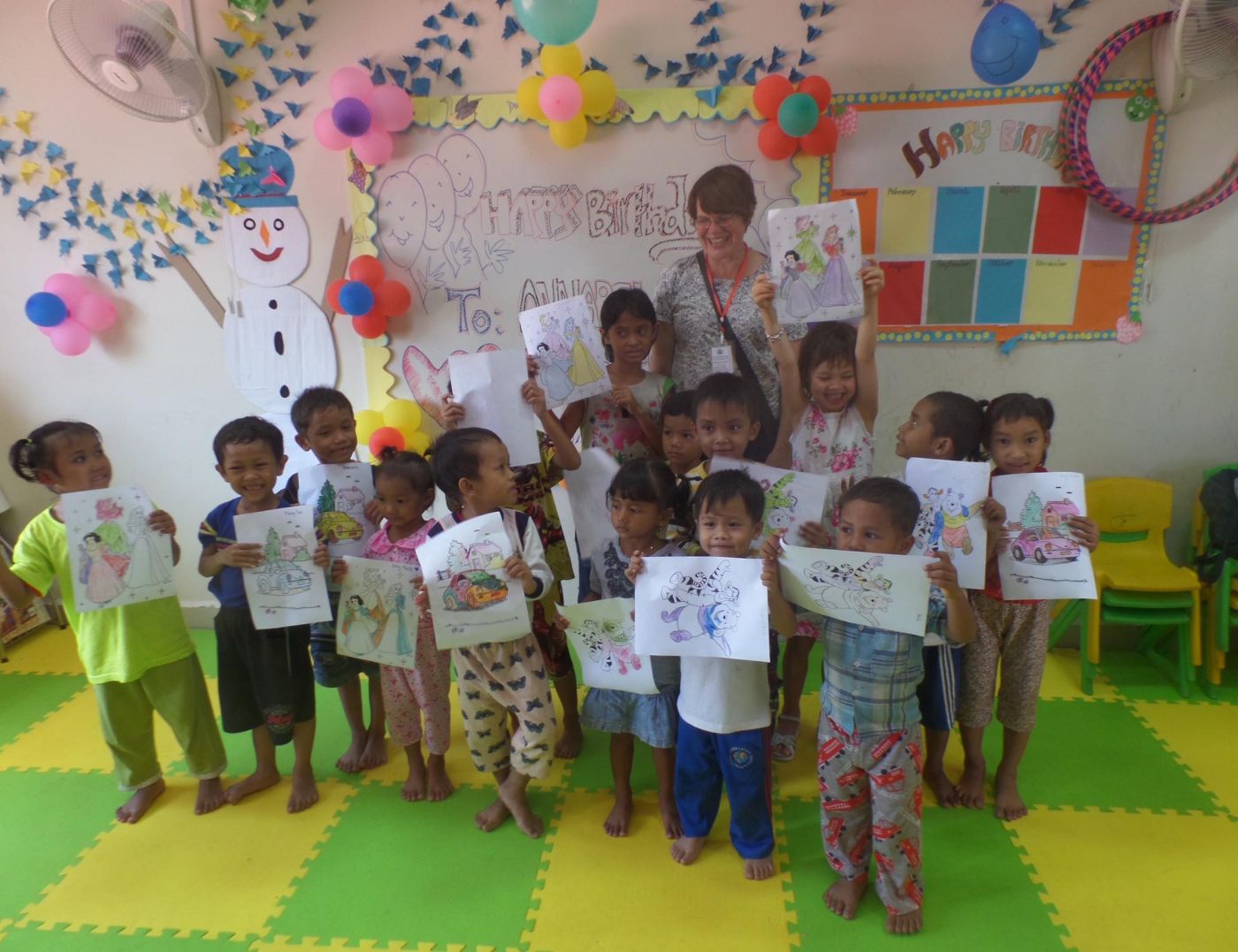 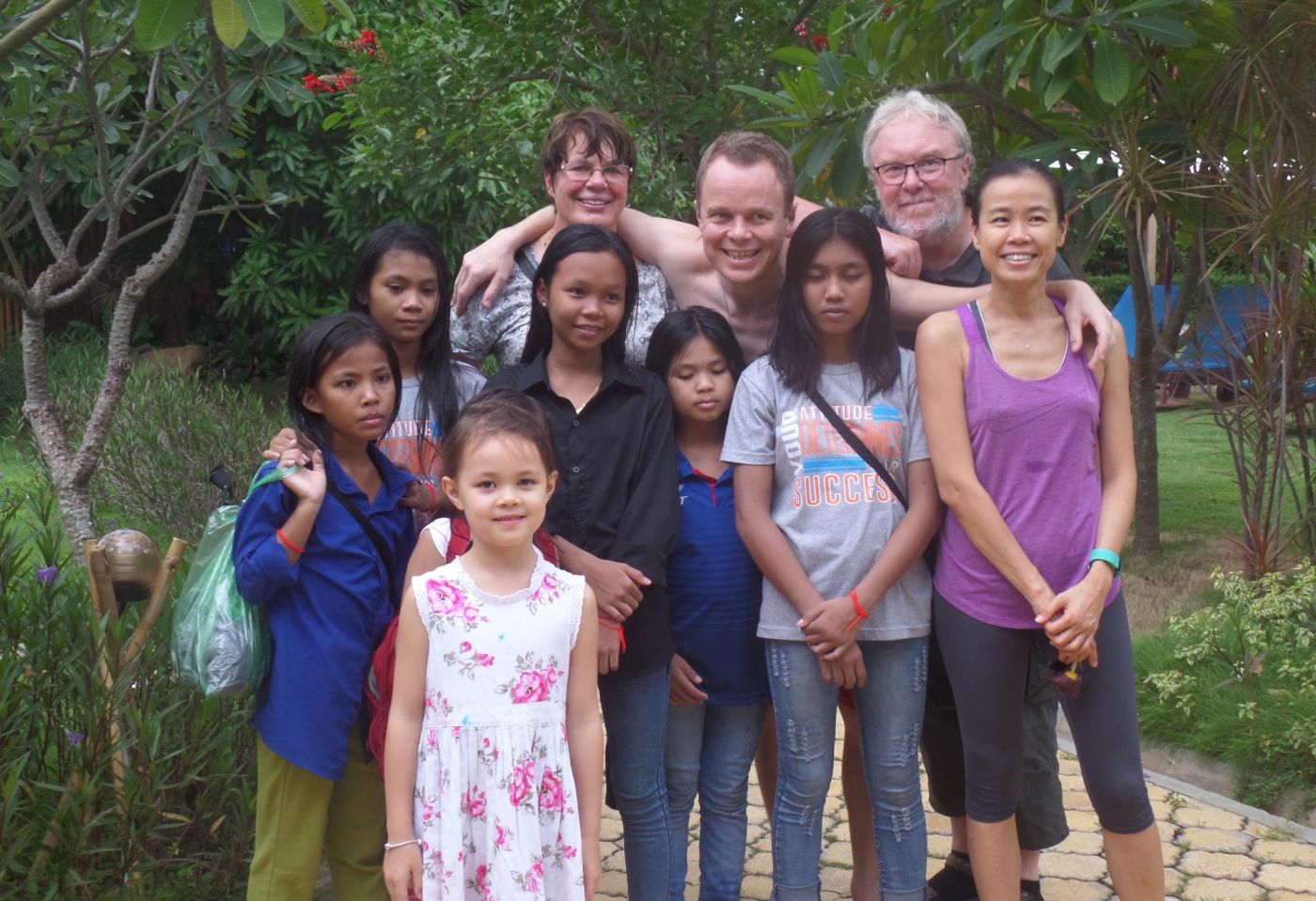 During the trip, Annabel also got to spend some time with Phea, getting to know her better, and hang out Phea’s friends. 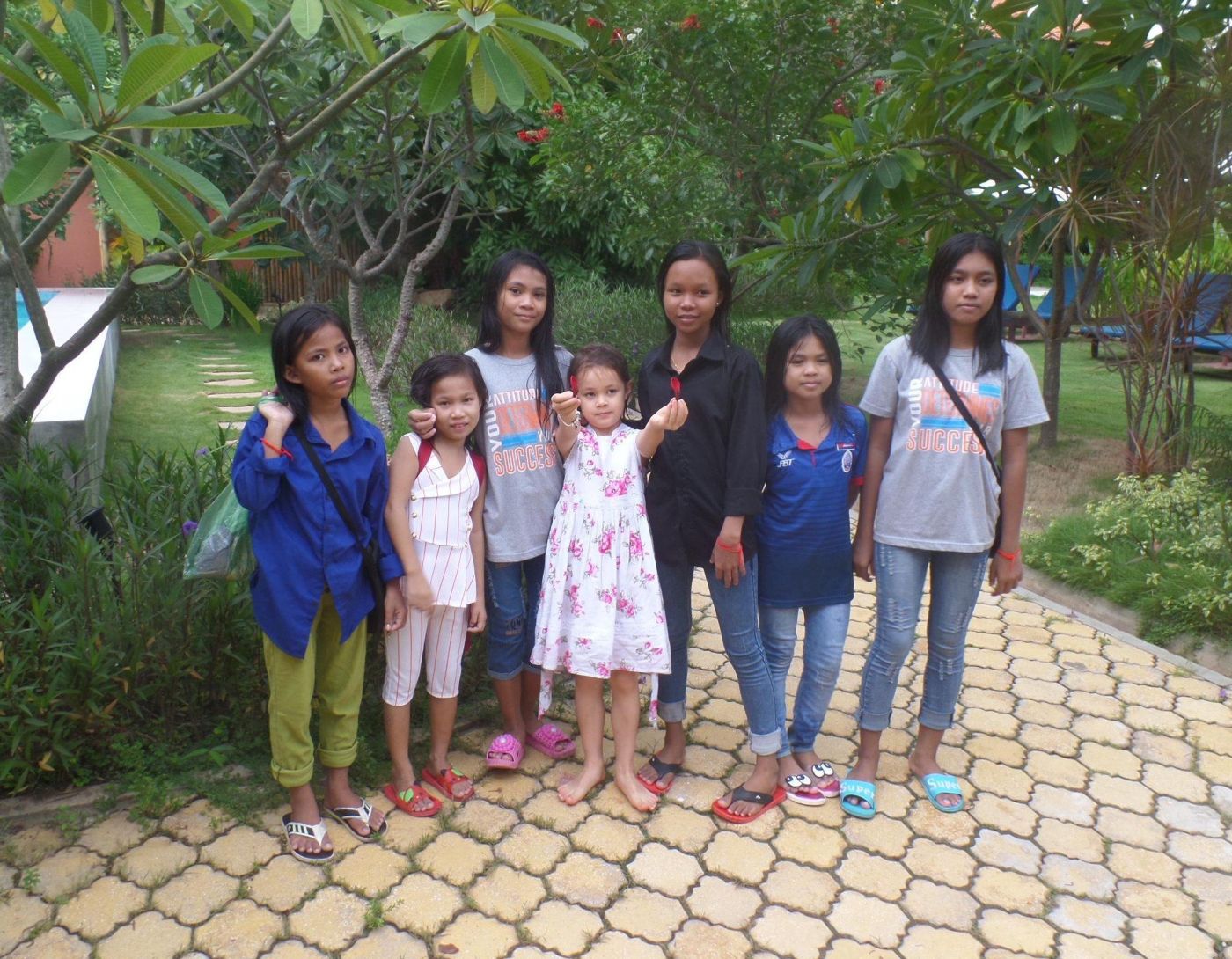 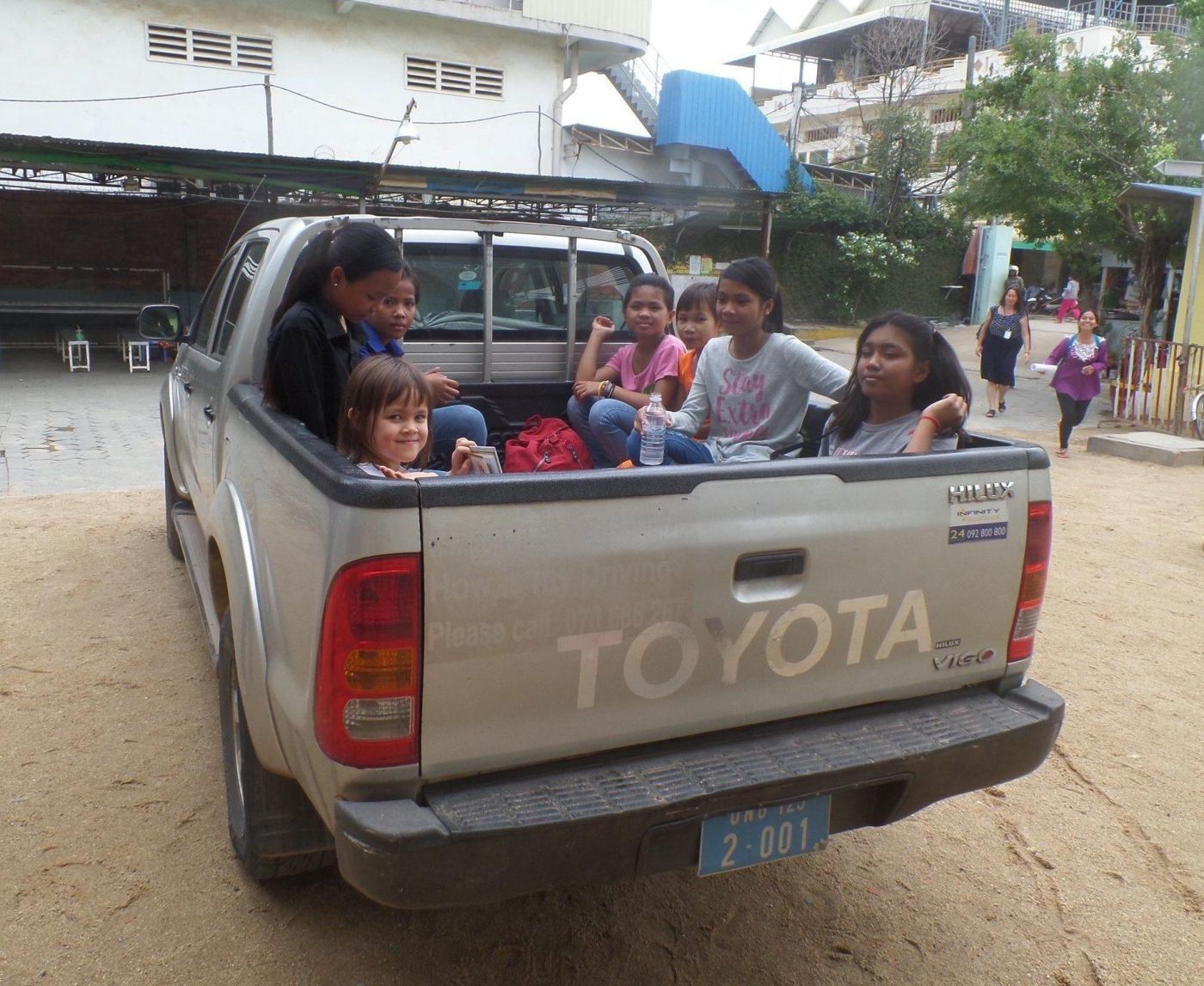 That time, Sam took over several suitcases filled with books to donate to CCF.

He has just made another generous donation, sending 60kg of secondhand and Annabel’s used books, for CCF’s library in the new Girls to Granny Village and schools.

Annabel put a little note in each of the boxes for CCF’s students, with a message telling them which books she liked and why, and drawing a few pictures to illustrate.

When time permits and travel opens again, there are plans for Sam and Annabel to visit CCF and see Phea again.

“Now that my daughter is older, I’d definitely like to go again,” says Sam.

“It would be nice to spend a week there; get stuck in, roll up our sleeves and really help out.”

She feels really warm to have them as her sponsor and actually loves them.

In Cambodia, Phea, now a Grade 10 student at public school and CCF’s Toul Ampil Satellite School, is thriving, citing Khmer and science as her favourite subjects. In her free time, she enjoys sports (football and basketball), reading and spending time with friends, and has ambitions to be a police officer. 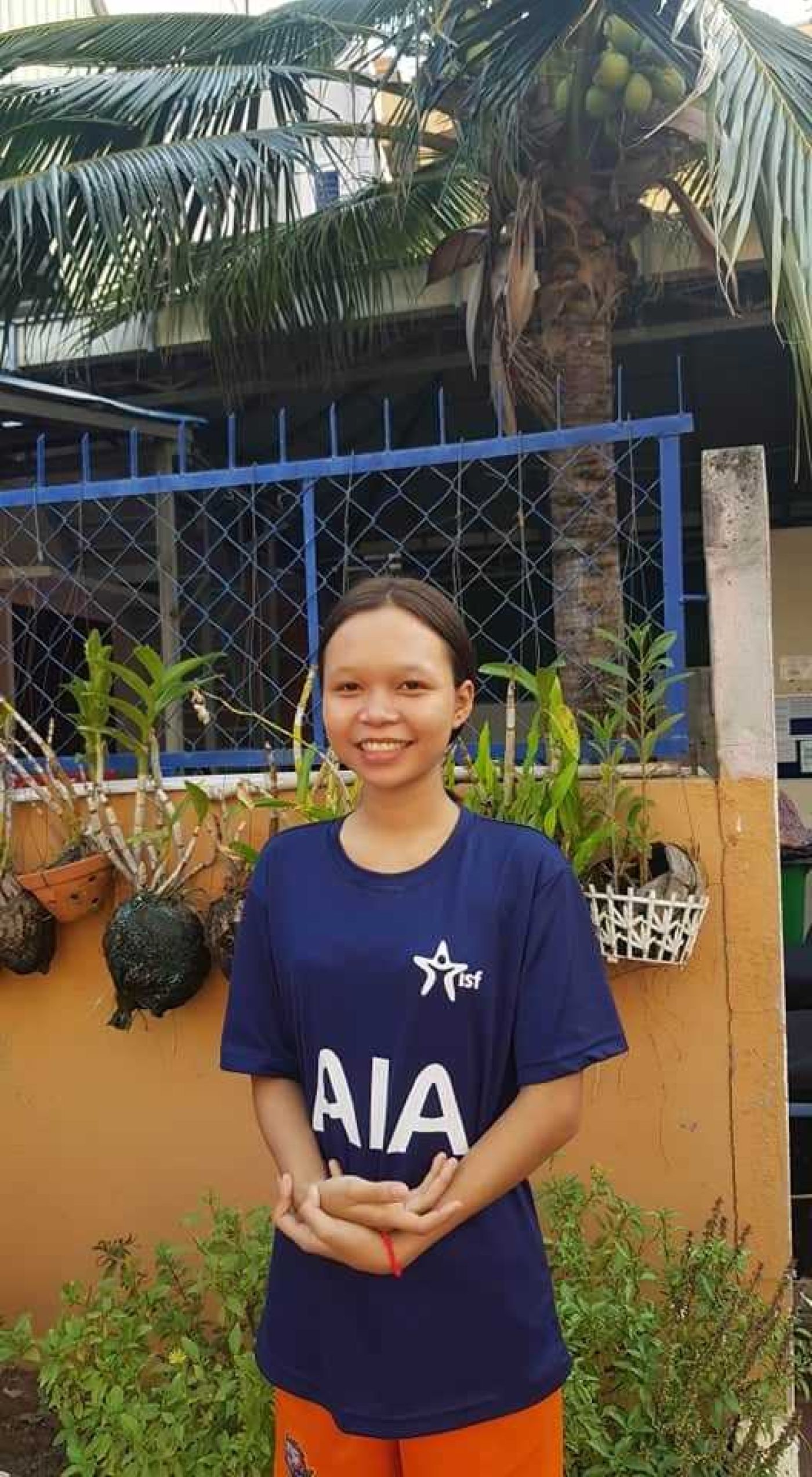 Knowing that Sam, Annabel and the rest of the family are there for her means so much to Phea, according to Channtha, her Sponsor Relations Officer at CCF.

“They are like her second family who always support, encourage, care and love her,” says Channtha.

Seeing Phea become a success, on her own terms, will be validation of Sam’s sponsorship and support, and hopefully that of Annabel’s in the future, and the part it has played in shaping her life and happiness.

“I can always know that there’s one extra person who has made a success of themselves,” says Sam. “That’s the main thing.” 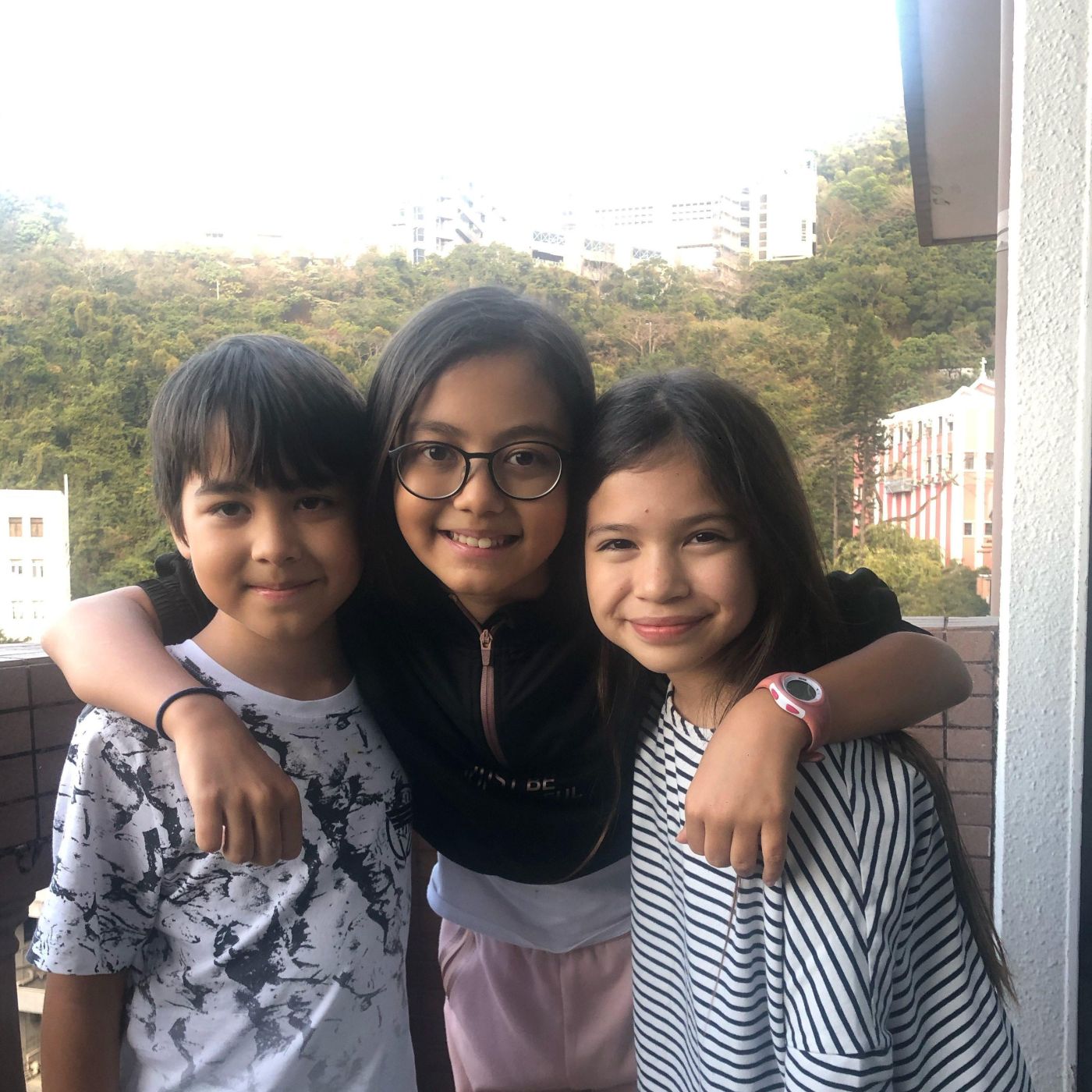 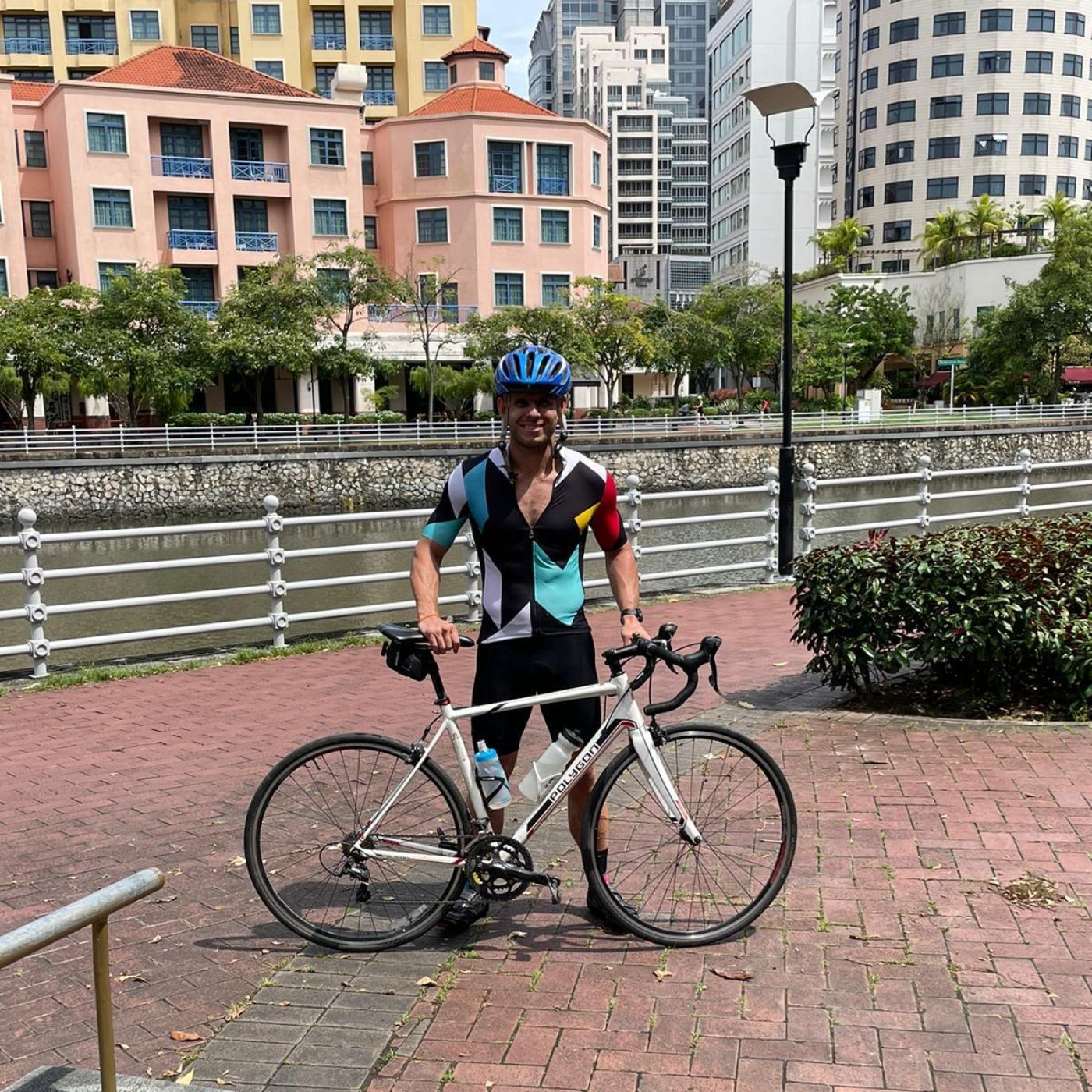 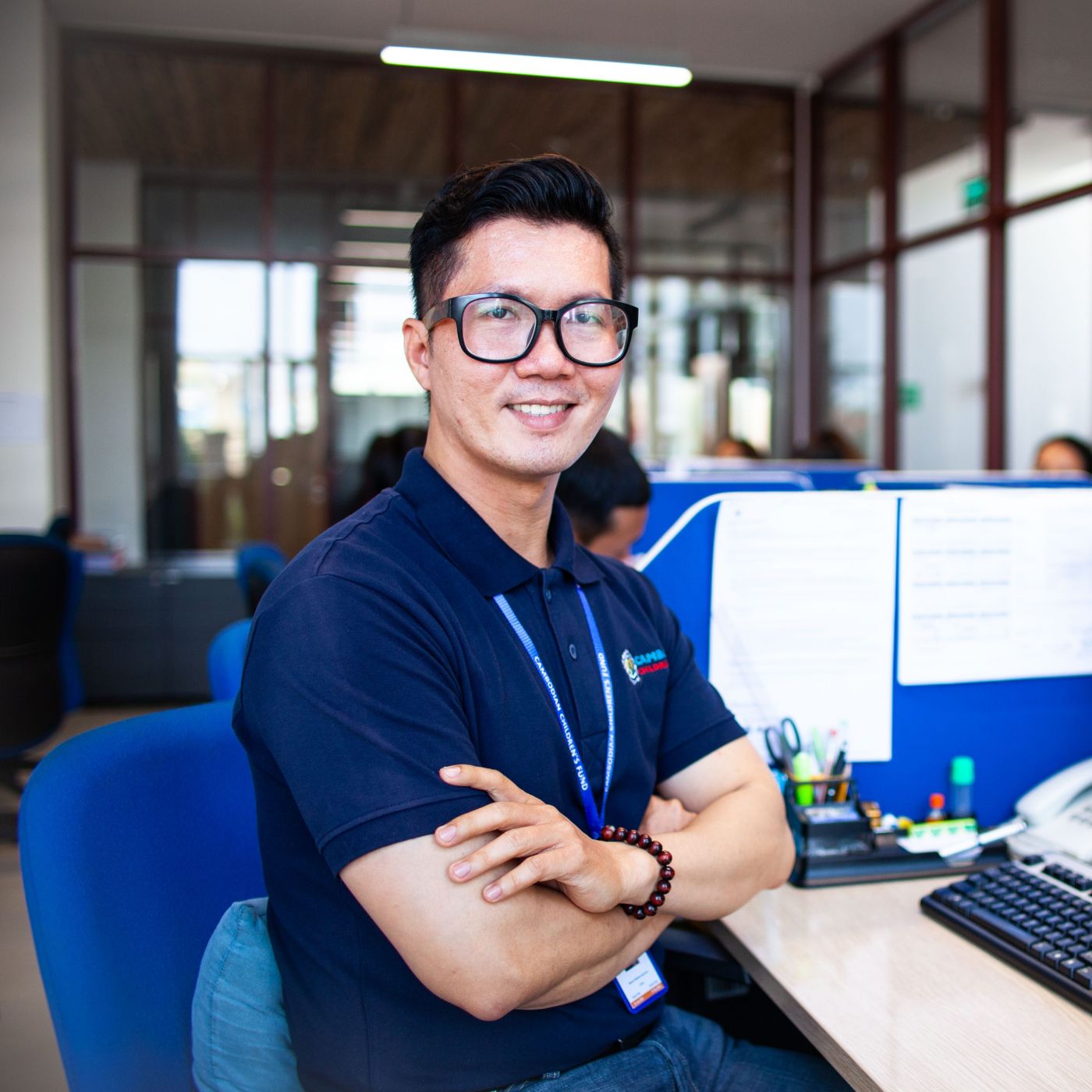