5 years later: where are they now? 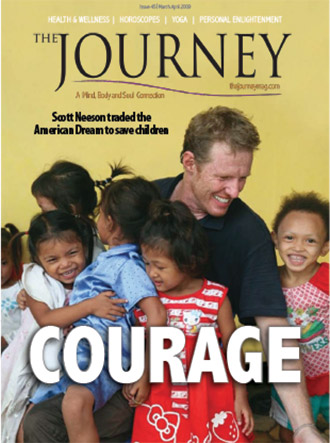 Measuring success is challenging when the primary mission is childcare. Some aspects are quantifiable, such as academic achievements, weight gain and BMI’s and the rate of illnesses; others are subjective – self-esteem, social skills, a general sense of happiness and that light in the eyes of a safe, confident child. But on overall measure of how we are doing has escaped me - until I came across this magazine cover from March 2009. My first reaction was a general “aww”, as I recounted the old days when we first started our day care program, how each child here has grown, developed their own personalities and are finding their own paths. Here we are, over 5 years later, in an area once plagued by transience, dysfunction and an unpredictable and unstructured environment – and every one of these children is still with us. All attend public school and CCF classes. They read and write Khmer and speak varying degrees of English; all know their way around a computer and each night they return to their families, a little smarter, bigger and brighter. Now these were especially difficult and fraught times. The families of these children survived on the meager earnings made atop the sprawling Steung Meanchey garbage dump. That brutal, “work of last resort” was coming to end. The closure of the landfill was just a few months away and the options were dire: move to the city in the hope of finding shelter and a means to feed the family. Or back to their homelands, where they had no land and work was seasonal and hard. Within CCF, we planned, strategized and scrambled to find a way for the families to remain close, in part to keep these littlies safely within our radius of care, and in part to avoid the families disappearing into unknown and uncertain lives. The CCF garment centre was established and that provided jobs. Our health care expanded so that medical care was nearby and free. In some cases we sought out work for parents or arranged job training. We increased community outreach and so much more. Things progressed so quickly since then that we have never looked back at those anxious days in 2009 to assess the outcome of our work. However sitting here now, looking at these two images side by side, I think we did just fine. - Scott Neeson