High school student Monineath Bunyay shows how even the smallest donations can go a long way Monineath Bunyay is on a mission to help CCF and change education in Cambodia - 100 riel at a time. Tasked at school with creating a project to make a person’s day better, the teenager and her friend decided to aim higher and inspire others to make someone’s life better. So the 100 Riels Project was born. Their idea was simple: asking for a donation as little as 100 riel would encourage more people to give. A 100 riel note is worth around $0.025USD. 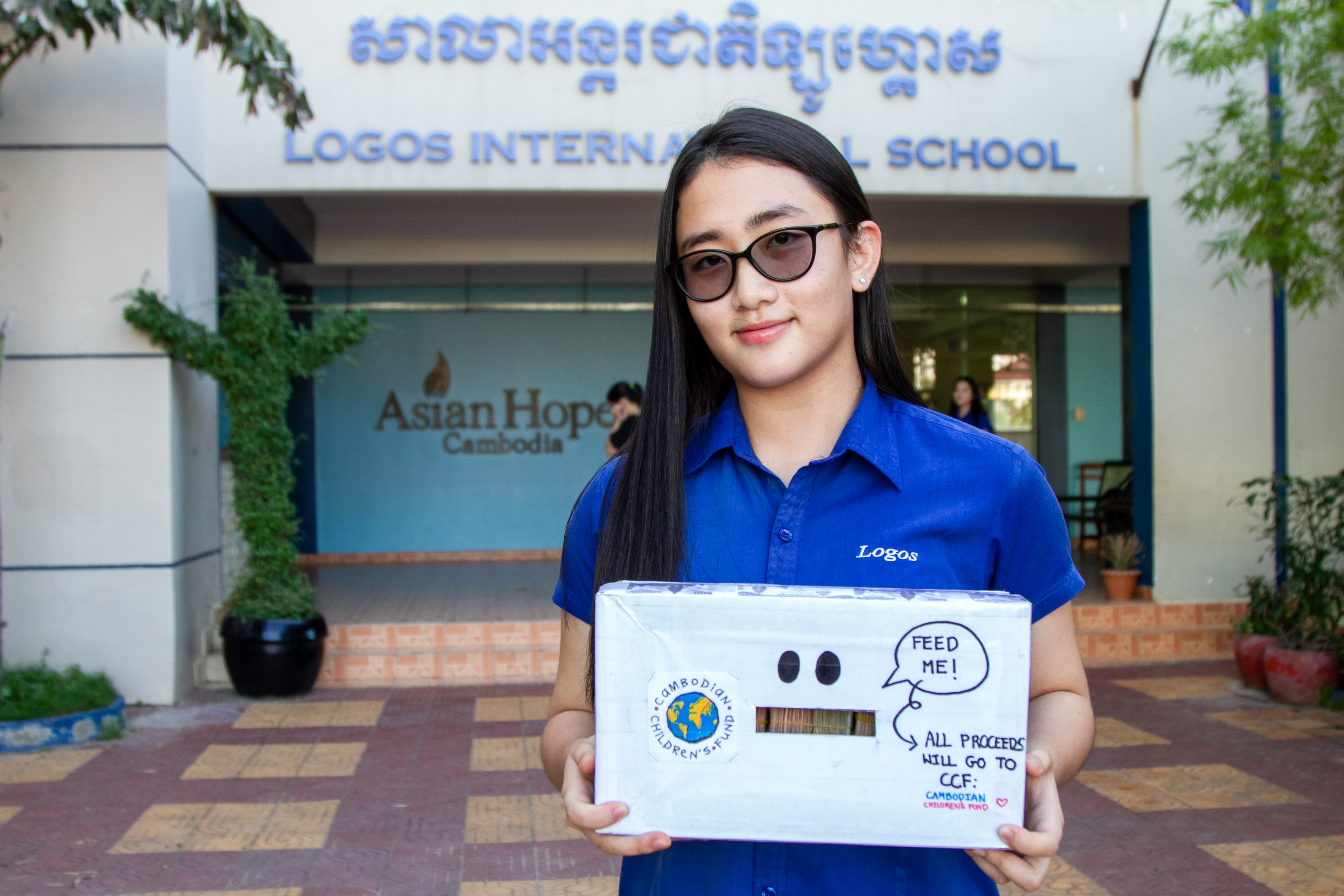 “In Cambodia, 100 riel seems to be of little value because you can barely buy a piece of candy on the streets. However, with 100s added together, you can buy books, you can buy pencils and other items for children in need,” explains Monineath, 17. Funds were collected in school only. Donation boxes were placed around Logos International School in Phnom Penh for pupils and staff to give 100 riel. 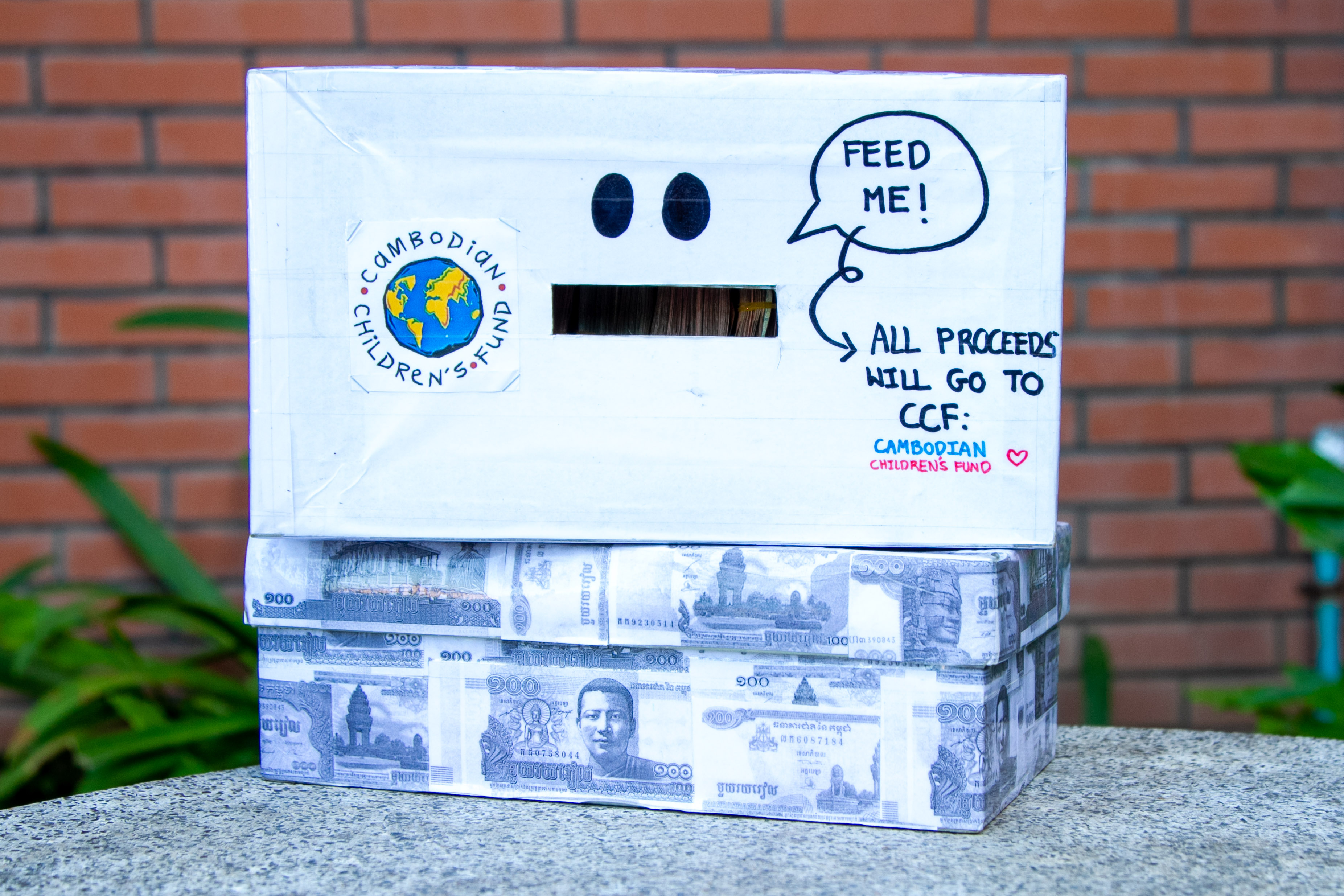 In the first year, 2017, Monineath and her fundraising partner, Chelsea, raised $40. Last year, although Chelsea had moved to America, Monineath decided to run the 100 Riels Project again on her own and collected another $108. “People were very excited to donate,” says Monineath. “Because we were only asking for 100 riel, it wasn’t a big deal and people didn’t have to think too much about it. “I feel very accomplished because 100 riels is so little but look how much got.” When it came to choosing which cause to donate the money to, CCF was top of the list, she says. “We found that CCF is a special organisation because it works for towards the education of underprivileged children,” she says. “We believe that the future is in children’s hands and education is very important.” 100 riel may only be small change but put together and it can make a big difference at CCF. The amount Monineath and her friends raised means we can send 15 children to go school with a nutritious healthy breakfast for a month instead of being hungry. A self-assured young woman, smartly dressed in her blue school uniform, Monineath believes everyone has a responsibility to help others less fortunate and is very serious-minded about the cause. 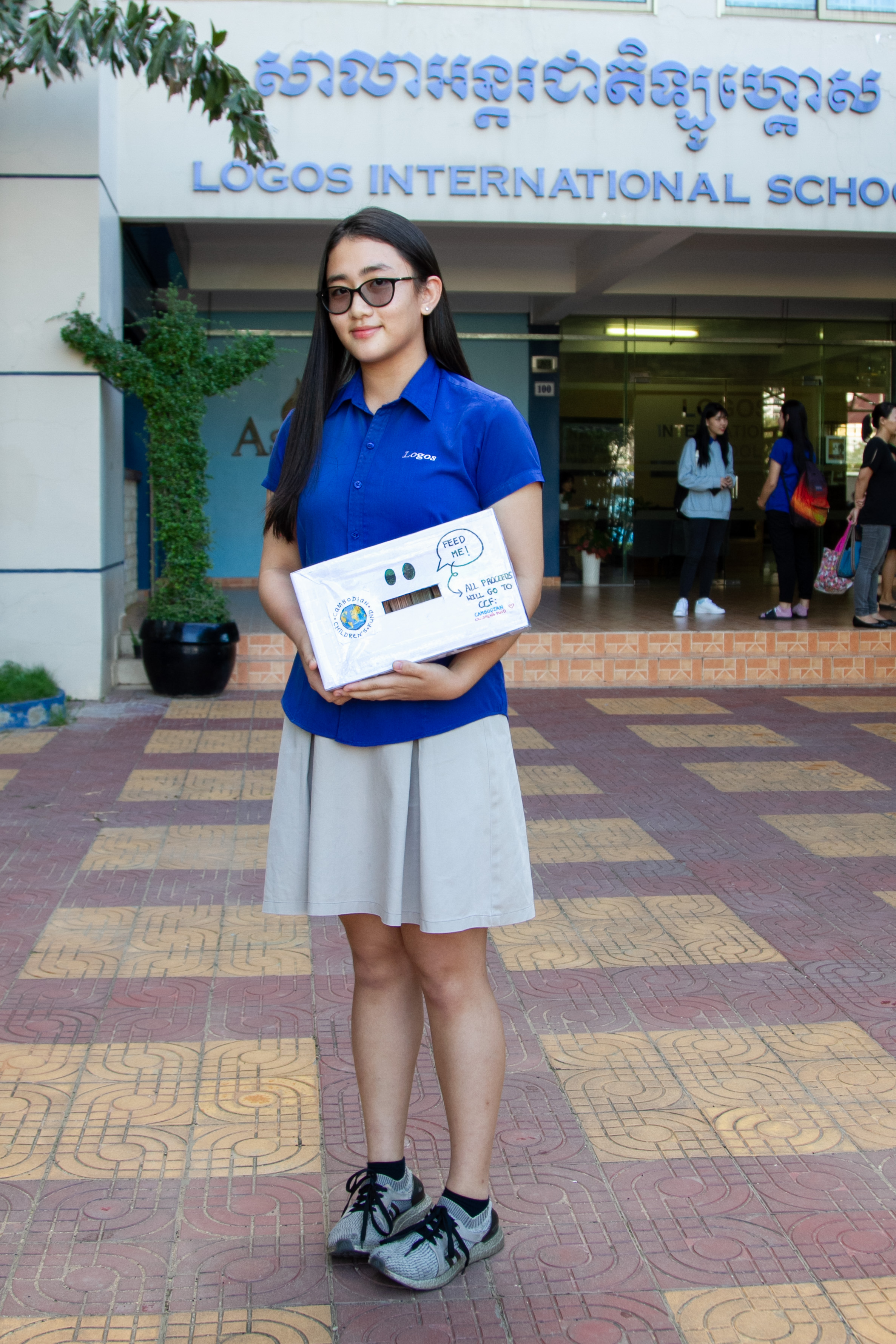 “We as privileged people who have rights to education, we should be aware that in a developing country, there are children and teenagers out there who do not have the same access like us. So, we should do whatever we can to support them, especially in education, because this will contribute towards the country in the future,” she says. Monineath, who wants to be a lawyer, isn’t finished with her charitable mission. This year, however, will be a much more hands-on approach rather than just raising funds. “I created a group, I got more members to join the 100 Riels Project, and we decided to make education our goal. We want to get teenagers to go to underprivileged communities and teach basic English. We believe that is what we can do for the children of Cambodia.” 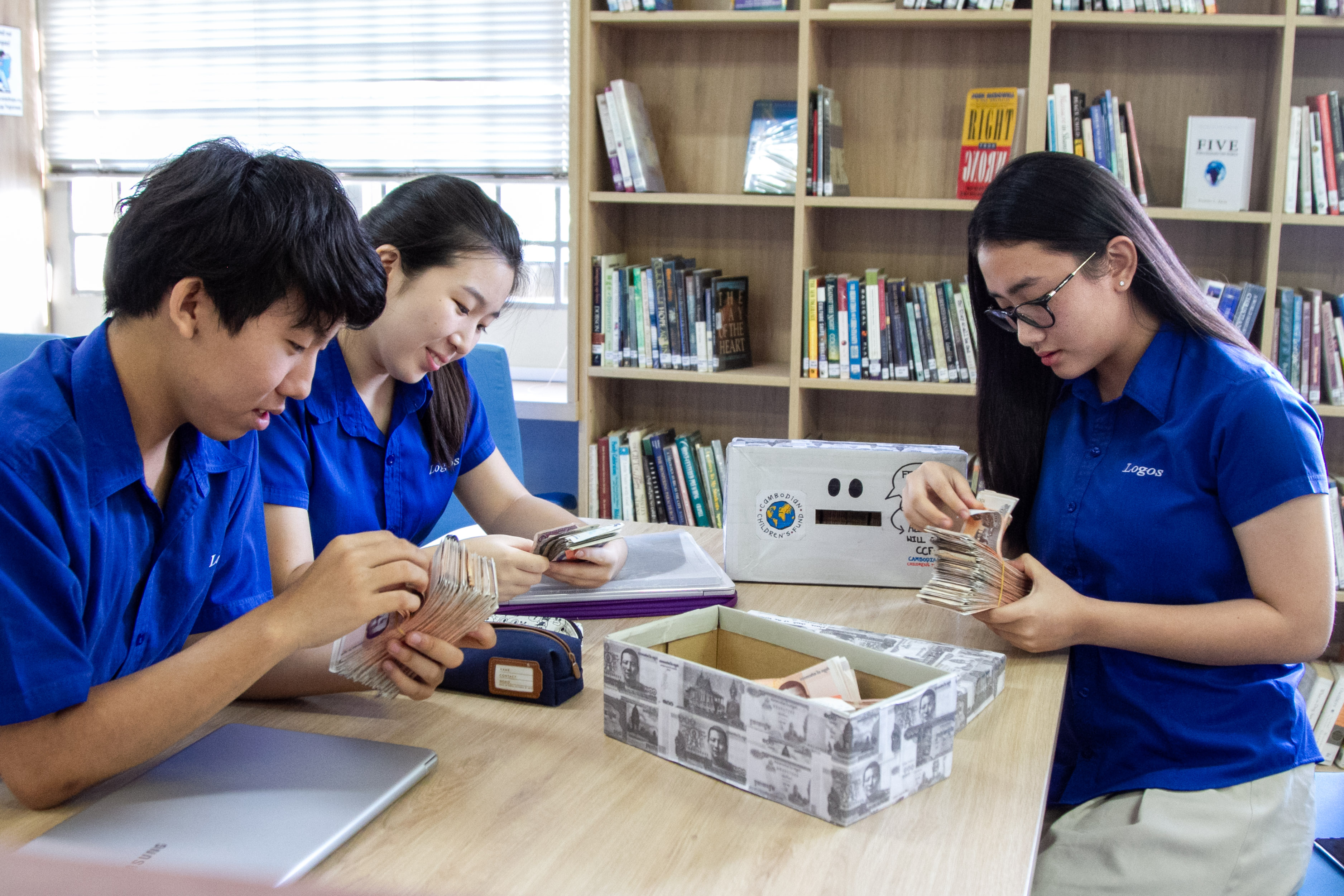 Her parents and two brothers are proud of her efforts. Monineath hopes that her actions will motivate others to give back. “I find huge pride in what I am doing because I am Cambodian myself and to know that there are children out there who do not have the ability to go to school makes me want to keep doing what I do.” “I hope that I can inspire other people to do the same.” Kate Ginn/CCF